A member of the Iraqi forces inspects the damage inside the destroyed museum of Mosul on April 2, 2017 after they recaptured it from Islamic State (IS) group fighters. Iraqi forces seized the museum from IS on March 7 as they pushed into west Mosul as part of a vast offensive to oust the jihadists from the northern city. (AHMAD GHARABLI/AFP/Getty Images)
AFP/Getty Images
By Rebecca Gibian

All around the world, historical artifacts teach us about our past. But sometimes, on purpose or by accident, those relics are destroyed. We take a look at some of the most important treasures that were cut, toppled or hammered.

The Star-Spangled Banner flag, which was cut up and given away.

One of the most treasured possessions of the Smithsonian Museum is the Star-Spangled Banner, which was one of the very first American flags to be made during the Revolutionary War. It was made with 15 stars, but now you will only find 14. After the war, Lt. Col. George Armistead took the huge 30-foot-by-42-foot flag home as a keepsake. When he and his wife died, it was passed down to their daughter, Georgiana Armistead. People asked her for fragments of the flag, so she cut it up with scissors and mailed it to whoever she thought was worthy. More than 200 square feet of the flag was removed before Smithsonian conservationists got to it in 1907.

A glittering array of evidence appears before the court-martial board in Frankfurt, Germany, where the three officers were tried in 1946. (National Archives)

For centuries, soldiers have helped themselves to the riches of their foes. In World War II, three U.S. Army officers pulled off one of the most lucrative wartime thefts in history. In October 1944, princes Wolfgang and Richard of Germany’s illustrious House of Hesse buried about $2.5 million (about $31 million today) worth of treasure. But then Frankfurt fell to U.S. forces and the Hesse family was moved into cottages outside the Kronberg Castle. Three officers found the stash and pried out all the precious stones and kept the gold and silver mountings as scrap. They mailed the loot back to the U.S. and then pawned some of the smaller pieces in Switzerland and the United Kingdom. They were caught, and court-martialed on charges of larceny, dereliction of duty, and “conduct unbecoming U.S. military officers.” All three served time in federal prison. More than half the jewels they stole are still lost. 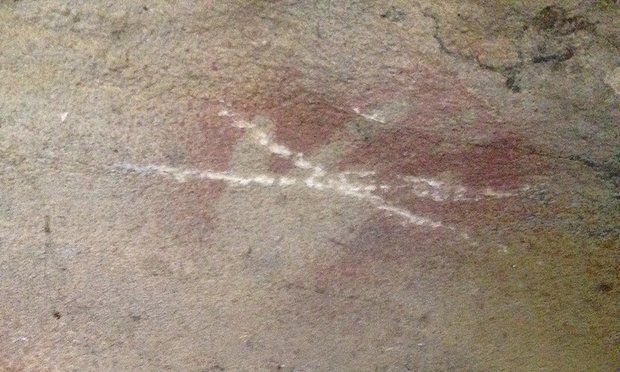 One of the destroyed handprints. (Courtesy of the Tasmanian Aboriginal Center) 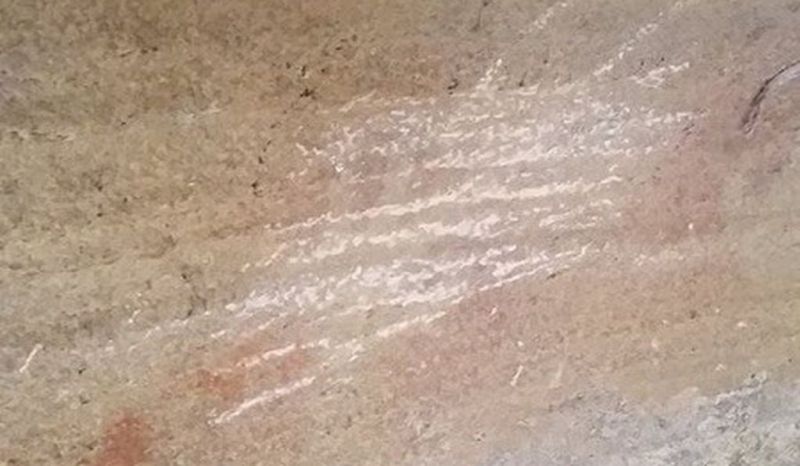 Another destroyed stencil, scratched out with a rock. (Courtesy of the Tasmanian Aboriginal Center)

In Tasmania’s Nirmena Nala rock shelter, you will find a preserved set of stenciled handprints made by the ancestors of Australia’s Aboriginal people. The handprints withstood the test of time, but vandals destroyed them in mere minutes. Someone went into the shelters and scratched away the images with a rock to try and deface them.

A backhoe in Belize destroyed one of the country’s largest Maya pyramids.

Belize has extensive Maya ruins, but a construction company destroyed one of the largest. The company was scooping stone out of the major pyramid at the site of Nohmul, one of only 15 ancient Maya sites important enough to be noted on the National Geographic World Atlas. Almost the entire pyramid, once over 60 feet tall, was destroyed by road building crews. 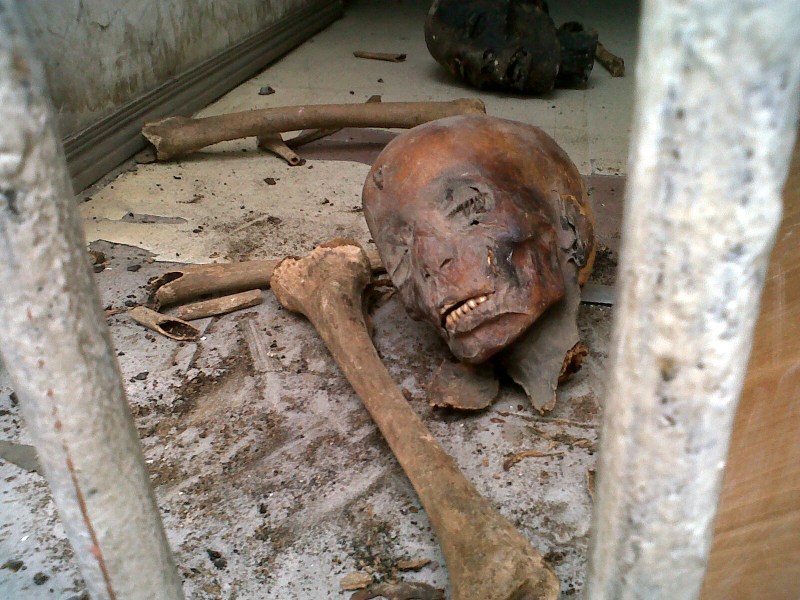 In this photo taken early Saturday, Jan. 29, 2011, and made available Monday, Jan. 31, parts of unidentified mummies are seen damaged on the floor of the Egyptian Museum in Cairo, Egypt. Early Saturday morning, looters entered from the glass dome on the roof of the museum with ropes with the intention to loot antiquities. (AP Photo)
ASSOCIATED PRESS

On Saturday, Jan. 29, 2011, looters entered the Egyptian Museum in Cairo, Egypt with the hope of finding gold. The nine men broke into ten cases to take figurines. But none of them contained gold, so the looters dropped them and broke the items. They then took two skulls fo the 2,000-year-old mummies and fled. Several of the looters were detained but many irreplaceable artifacts were destroyed. 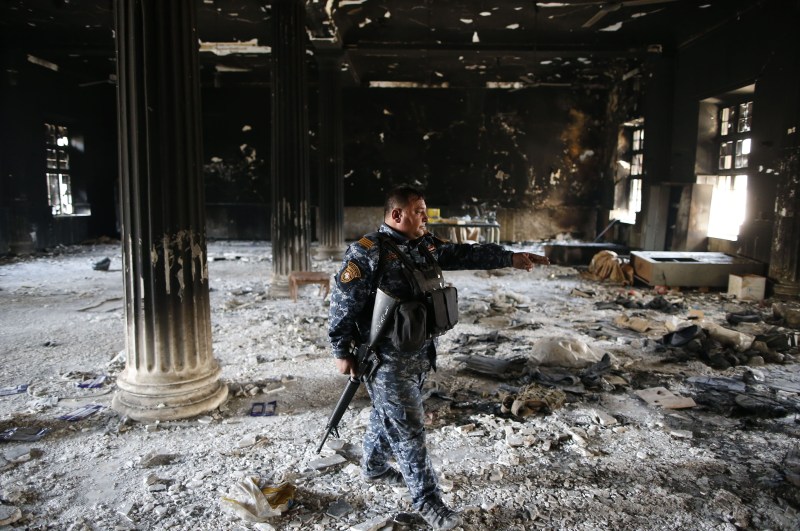 A member of the Iraqi forces inspects the damage inside the destroyed museum of Mosul on April 2, 2017 after they recaptured it from Islamic State (IS) group fighters.
Iraqi forces seized the museum from IS on March 7 as they pushed into west Mosul as part of a vast offensive to oust the jihadists from the northern city. (AHMAD GHARABLI/AFP/Getty Images)
AFP/Getty Images

Islamic State militants completely ransacked Mosul’s central museum and destroyed priceless artifacts, some which dated back thousands of years. Some of the statues and artifacts dated back to the Assyrian and Akkadian empires. The terrorist group published a video of the destruction. In the video, an Isis representative condemns Assyrians and Akkadians as polytheists. The militants smashed the statues in the museum with hammers and pushed the remains to the ground so they shattered even more. ISIS has not just destroyed the museum, however, they have caused irreparable damage across Syria and Iraq since 2010. 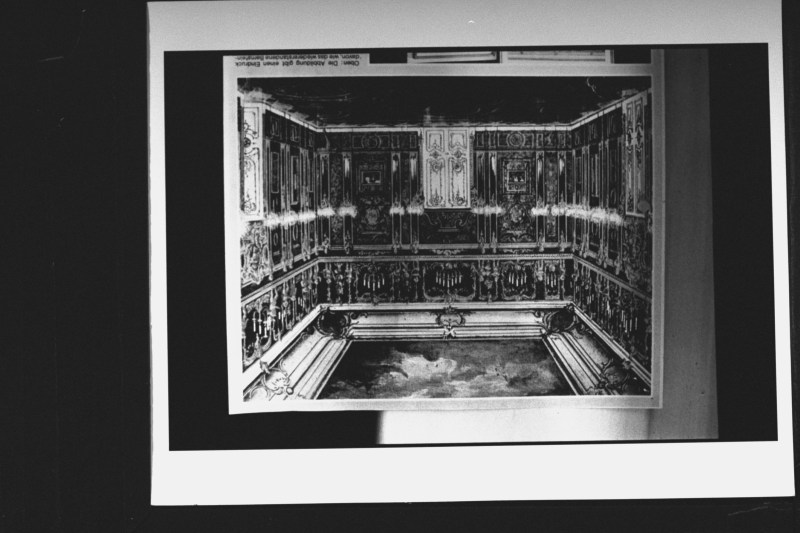 The Amber Chamber, a full-size room made of Baltic amber cut into 20-odd panels of ornate baroque & rococo designs; the chamber was a gift for King Fredrick William I of Prussia to Russia’s Czar Peter the Great in the early 18th century but was stolen and hidden by Nazi Gov. of Prussia Erich Koch (Terry Smith/The LIFE Images Collection/Getty Images)
The LIFE Images Collection/Getty Images

The Amber Room was built for Peter the Great in 1717 and was literally a room made out of amber. It was considered to be the eighth wonder of the world. It was dismantled by Nazis in 1941, shipped to Germany and reinstalled in the Konigsberg Castle. But when the war was over, it was dismantled and never seen again. Recently, documents revealed that it was in the Knights’ Hall at Konigsberg Castle when it was burned down by Soviet soldiers.