On April 6, 1917, the House of Representatives voted 373-50 to endorse the Senate resolution to declare war against Germany as the United States formally entered World War I.

Frankly, this is a conflict we no longer recall in much detail. While Americans can rattle off a dirty dozen of World War II movies (including The Great Escape, Saving Private Ryan, and Inglorious Basterds), they likely have a harder time coming up with WWI films. (RealClearLife recommends 1930’s All Quiet on the Western Front and 1957’s Paths of Glory.) The fact is World War I has largely faded into the history books for many Americans—certainly compared to WWII, Vietnam, and the Civil War.

With that in mind, here is a quick guide to the conflict that lasted from 1914 to 1918 and set the geopolitical stage for an even more horrific World War just two decades later:

The Great War could have been prevented. It’s usually said to have been triggered by the assassination of the Archduke Franz Ferdinand, the heir to the Austro-Hungarian Empire killed by a Serbian nationalist in Sarajevo on June 28, 1914. This killing should not have happened (security was bizarrely lax, even after another assassination attempt earlier that same day). The underlying cause was an almost overwhelming array of varying national interests and resentments that led Russia, Belgium, France, Great Britain, Serbia, and later the United States to battle Austria-Hungary, Germany, the Ottoman Empire, and Bulgaria. The Prussian Otto von Bismarck has been quoted as saying, “One day the great European War will come out of some damned foolish thing in the Balkans.” His prediction is all the more impressive considering he died in 1898.

There were a frightening amount of casualties. With the introduction of trench warfare and cutting edge military technology like the machine gun, 8.5 million soldiers died. It’s estimated another 8.5 million civilians perished, as well. (U.S. deaths during World War I totaled 116,516—more than Vietnam and the Revolutionary War combined.)

It was a war of technology. Here are some of the military innovations utilized during World War I: machine guns, tanks, submarines, planes, and chemical warfare. All of these would be “perfected” in subsequent decades, helping to ensure many nightmarish conflicts to come in the twentieth century. Related to this…

World War I was decidedly not the war to end all wars. The term seems to come from an H.G. Wells article titled, “The War That Will End War.” Unfortunately, that was not the case. The creation of the League of Nations was supposed to resolve future international disputes. It was undermined fatally by the fact the United States never joined, despite the world body having been originally proposed by President Woodrow Wilson. Likewise, it can be debated whether the Treaty of Versailles was too harsh on the vanquished Germany, but this is indisputable: If treaties are supposed to prevent subsequent wars from happening, it’s hard to fail more completely than Versailles did. Just 20 years later, buoyed by a national sense of being overly punished under the terms, a remilitarized Germany invaded Poland. 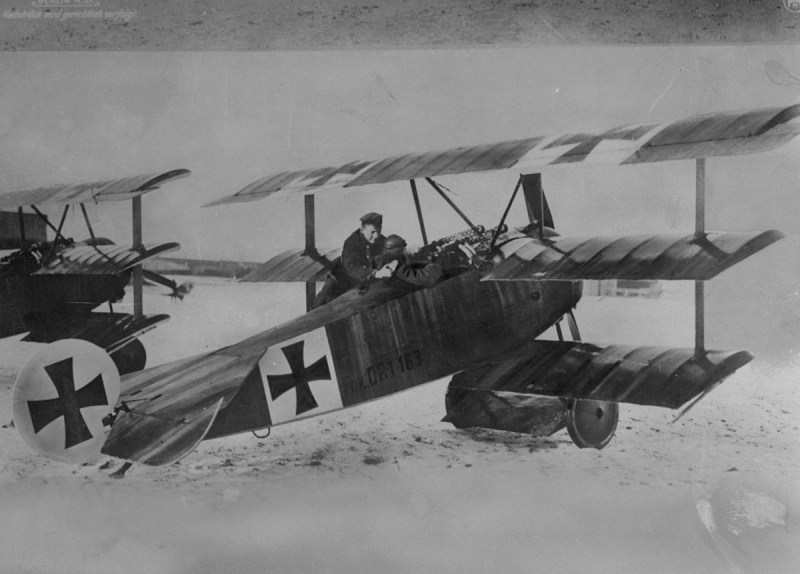 Its most enduring icon largely owes his fame to Snoopy. World War I produced its share of American celebrities, including U.S. commander General John J. “Black Jack” Pershing and Alvin C. York, who was played by Gary Cooper in the 1941 film Sergeant York. Yet these are names diminished by time. Ironically, the one figure who fully transcends the conflict was a German. The pilot Manfred von Richthofen was World War I’s Ace of Aces, posting 80 kills. He never, however, finished off his greatest nemesis: Snoopy. Yes, Charles Schulz’s Peanuts ensured the Red Baron is known today by millions of Americans… with the result he arguably is now more famed here than in Germany. The Red Baron himself did not get to witness his encounters with a beagle, having died in combat in 1918 at just 25. He doubtlessly would have been delighted, however, as he loved publicity, even publishing an autobiography in the midst of the war.

Just another strange quirk in the history of World War I. Below, watch the trailer to the 1930 Oscar winner for Best Picture.