You’ve Probably Never Heard of Gregg Rolie, But He’s Now in the Rock and Roll Hall of Fame Twice

Singer/keyboardist Gregg Rolie appears during a news conference featuring the original Santana band lineup at the House of Blues Las Vegas inside the Mandalay Bay Resort and Casino on March 21, 2016 in Las Vegas, Nevada. (Mindy Small/Getty Images)
By Will Levith 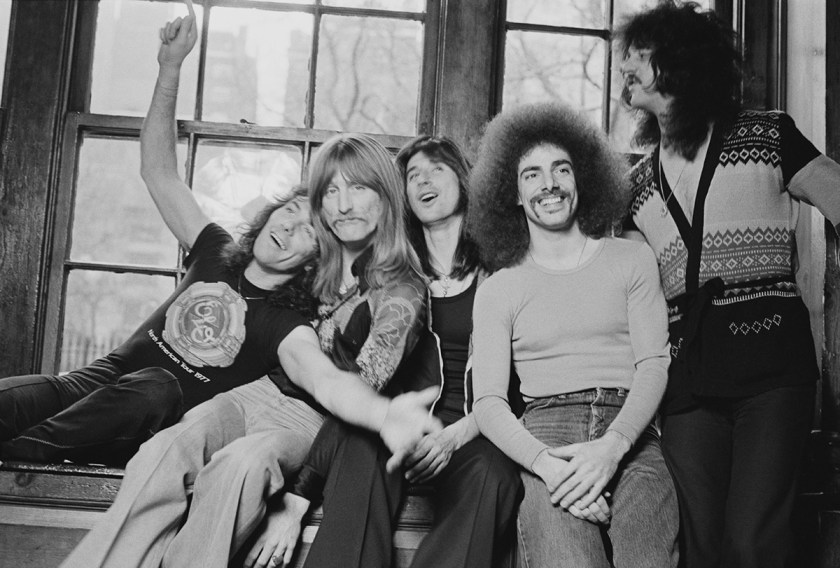 On April 7 at the Barclays Center in Brooklyn, fans and red-carpet celebrities will watch as music legends like Pearl Jam, Tupac Shakur, and Yes are enshrined in the Rock and Roll Hall of Fame.

Somewhere in that room will be a long-haired gentleman with a well-manicured goatee, who looks more like The Dude from The Big Lebowski than a music industry VIP. But that dude, Gregg Rolie, can lay claim to an accomplishment all three of those higher-profile acts can’t— he’ll have been inducted into the Hall of Fame twice.

Just one of 22 dual-inductees to date—joining a list that includes all four Beatles, Michael Jackson, and Eric Clapton—Rolie, a keyboardist, vocalist, and songwriter, will be inducted this year with his second band Journey (Pat Monahan of pop band Train is doing the honors). Back in 1973, Rolie co-founded the band with guitarist Neal Schon and served as the early lineups sole lead vocalist. Of course, four years later, Rolie would end up having to share that duty with newcomer Steve Perry, who’d be the voice behind hit singles such as “Lights” (that’s Rolie on backing vocals, by the way) and “Don’t Stop Believin’” (Rolie had left the band by the time that hit landed on the radio).

But that was only Rolie’s second gig. His first? Proto–world music powerhouses Santana. Led by guitarist Carlos Santana, the band famously played a drug-induced set at Woodstock in 1969; and scored a string of memorable singles, including “Black Magic Woman” (which hit No. 4), “Evil Ways” (No. 9), and “Oye Como Va” (No. 13), all of which Rolie sang lead vocals on.

For the past five years, Rolie’s been sharing the stage with fellow dual-inductee Ringo Starr as part of his All-Starr Band. And last year, he reunited for the first time in 45 years with his original compadres from Santana, releasing a new album.