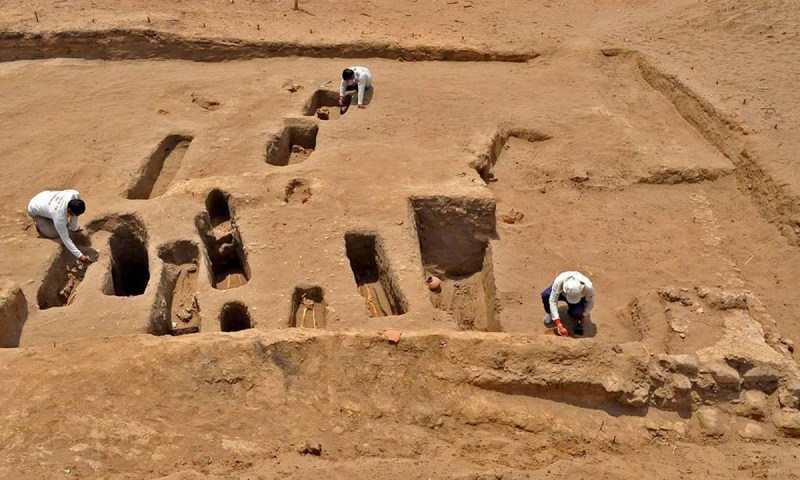 Archaeologists have found possible evidence of human sacrifice in ruins on the northern coast of Peru.

More than 17 graves have been found by archaeologists in Chotuna-Chornancap, a coastal ruin complex north of Lima. The graves date back to the 1400s, and many of the exhumed bodies have been children.

George Mason University bioarchaeologist Haagen Klaus told The Guardian that “one fairly high-status tomb” has also been unearthed, and that “sacrifices [were] made to those individuals, sometimes during the funeral or even years or generations afterward.” Remarking on the children found at the site, Klaus noted that such findings “fit into the larger pattern of ritual sacrifice.” He and his colleagues have further speculated that the children were intended to guard the tombs to which they were sacrificed.

The team also found a central grave filled with less grim offerings, including two clay pots and a vessel carved into the shape of someone chewing coca leaves.

Due to the size and complexity of the site, Klaus estimates that archaeological teams will be exploring it for quite some time, and stresses that their purpose wasn’t voyeuristic or exploitative. “We study sacrifice not for the gruesome details,” he said, “but because rituals like this tend to be reflections of culture, history, [and] society.”