How Playing “Mario Kart” Will Help You Build a Bigger Brain

When the Wii first hit market over 15 years ago, it came with a rock-solid pitch. Americans were overweight — everybody knew that, it was always on the news — and this was going to be a low-stakes, offbeat way to get in shape without leaving the house. The motion-capture console wasn’t unilaterally intended for kids, either; earlier that very year, a study conducted by the Consumer Electronics Association had concluded that adults spent more time playing computer and video games than children.

Wii Sports was successful in at least one of its missions: it became the bestselling single-platform game of all time. Did it manage to trim the country’s waistlines? No, not really. There’s only so much glitchy “doubles tennis” set to hypnotic music that a family of four can take. Operation Trick Americans Into Exercising is currently ongoing. In the last year alone, Meta has spent billions of dollars acquiring VR studios that specialize in the intersection of gaming and fitness.

There is one Wii game, though, which has always had an uncanny ability to boost the health of gamers. Mario Kart Wii was released in the summer of 2008 to commercial and critical acclaim, and people haven’t really stopped playing it since. It’s the 16th-highest-selling video game ever, and every few years (especially during the pandemic, when people started going through their cabinets), sees passionate online paeans praising its design and gameplay.

Obviously, Mario Kart is a sedentary game. If you’re standing up and/or moving around the room during the game your friends probably hate you. But the sort of fitness the cult classic offers isn’t physical…it’s cognitive. If your brain on Mario Kart has ever felt particularly happy, focused, or unruffled by life’s usual rigors, there’s a reason for that. Mario Kart — Rainbow Road and all — is therapy.

There was a piece in The New York Times, earlier this year, about a group of mothers who’ve taken to hosting “primal scream gatherings.” A couple dozen of them will gather at the 50-yard line of a football field outside Boston, where they’ll take turns howling for a minute or more. The goal is to uncage vocal, visceral responses to the at-times uniquely horrible duties of motherhood in 21st-century, pandemic-ridden America. One mom said: “It’s just amazing how light you can feel after you do that. I slept better.” Another added: ““I probably could’ve kept screaming. It’s been a really, really tough time.”

I was having a tough time of my own at the end of 2020. Heading into the first of the quarantined New Years’s Eves, mourning multiple losses in my life, all I really wanted to do was drink a couple beers, watch the ball drop and go to bed. I ended up playing Mario Kart instead, with a few family members, for hours on end. It was one of the most cathartic experiences I’ve had in my life, as strange and silly as that feels to write out.

If you’ve never played Mario Kart before, you have to understand that no finish is ever safe in the game. You could have a half-lap’s lead on the rest of the characters, but one errant bump (into a tree, a cow or a mining car filled with gold), can easily lead to a series of unfortunate encounters. You’ll soon be struck by a red turtle shell, dusted off the road into a black pit, or — worst of all — targeted by a winged, heat-seeking blue shell, which will not rest until you explode on the spot. This costs precious seconds. Such misery guarantees constant screaming; everything from “Not fair,” to “Fuck everything you stand for,” is eligible in the heat of a three-lap circuit around Coconut Mall.

Still, you’re also never really out. There are various power-ups and speed boosts to be gleaned throughout the game, shortcuts to master and implement on your second and third turns, and, if you’re really in the doghouse, one of the greatest deus ex machina inventions known to man: the black bullet, capable of springing you from 12th to the podium.

I noticed, after playing Mario Kart both in a pit of self-pitying despair, and again (many, many times), after life seemed returned to its tracks, that the sensation the game engenders is always the same. It’s a bizarre, bubble-wrapped flow state, where every task seems extremely important, but you’re simultaneously aware, somewhere under the surface, that there’s nothing on the screen to get too gratified or upset about. In other words, it’s a form of play.

Adults don’t play enough, which is a shame, considering it’s a cognitive feast that can benefit aging brains just as it does those of developmental-stage children. Play solidifies memories, reduces stress, encourages creativity and supports motor skills. There are so many ways to retain and improve neuroplasticity as birthdays mount (think: exposure to new places, lessons that get you out of your comfort zone, difficult puzzles, volunteer work, etc.), but play is one of the most fun and least expensive. It’s fertile ground for enjoying camaraderie, managing emotions, testing one’s focus, and yeah, screaming bloody murder.

Mario Kart fits into this framework, equal parts a break for the brain from its usual humdrum tasks of answering emails and reading gut-wrenching headlines, and an opportunity for it to dig into an activity that requires a blend of discipline and mirth. By their nature, games are often castigated as a “escape,” but you could argue that books and movies offer a similar temporary ticket out of one’s mind. Mario Kart, though, deserves recognition for the very active processes it encourages in the brain while you’re in the land of mushrooms and lava.

It’s gotten some. Years back, a German and Dutch study published in the journal Computers in Human Behavior had a group of volunteers play Mario Kart after undergoing the paced auditory serial-addition task (PASAT). It’s an irritating math challenge where you have to add up previous numbers as you hear them, and keep the cadence going, even though you only a couple seconds to think. It’s the perfect test to make people’s brains tired and annoyed. Everyone took it until failure, at which point they self-reported their level of frustration.

But after playing Mario Kart — and especially after experiencing some success in the game — the volunteers were looking up again. Their moods had completely turned around; the authors found links between their rediscovered happiness, and their collective sense of autonomy and competence. That doesn’t make the game a miracle salve, no more than play’s association with memory consolidation would make it a dementia cure, but it’s a fascinating thought, considering the extent to which video games are still maligned, that making a little time for Mario Kart could help you build a bigger brain. Remember: cognitive function thrives on mood boosts, much like Yoshi pushing to the front of the pack thanks to one of those red-arrow accelerators.

We’ve typically associated such mood boosts with the natural world, and for good reason. Park visits are positively linked to productivity. Coastal living is tied to longevity. Consistent, daily movement, which invariably involves going outside, is critical for health living. But sometimes — and this is a really nice thing — a “guilty pleasure” that makes us feel good actually isn’t that guilty. Mario Kart feels cathartic because it is. It feels different because it is. The game, like many others in its field, puts your brain through a sensory bootcamp it doesn’t get to enjoy too often throughout a workday.

As of last year, according to data from the Entertainment Software Association, 67% of American adults play video games. Moderation is important, as with any activity, and ideally, those games are paired with other strategies that have been known to round out well-being: exercise, time spent socializing, lots of leafy greens. But if you’ve found yourself screaming recently, after a photo finish didn’t go your way at Bowser’s Castle, lean into it. Let loose. You’ll be happier for it in the long run. 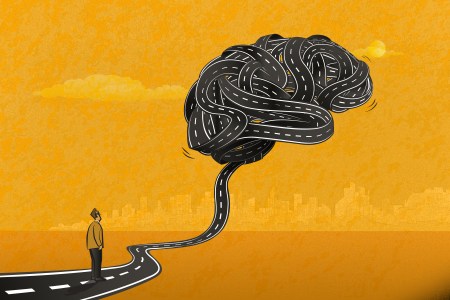 America Has a Dementia Problem. Here’s How to Dodge It. 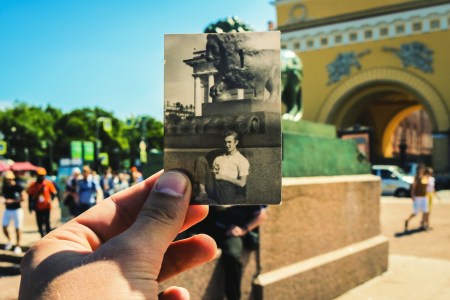 Do You Remember Yourself in the Third Person?