Even in his 50s, Craig managed to play the most physically imposing 007 to date. Here's how he did it.

By all accounts, it is an absolute miracle that Daniel Craig made it through five movies playing James Bond. The actor’s tenure was challenging from the start, with the studio pushing up against the casting and British pundits questioning whether or not the world was ready for a “blond Bond.” Not only that, but Craig, along with producers Barbara Broccoli and Michael G. Wilson, had big plans for a new kind of 007. One whose physicality would match the requirements of the job and convey the idea of a one-man wrecking crew.

“I never saw any actor take training as seriously as he did,” said Wilson during a special interview during the behind the scenes project Being James Bond. “Daniel completely changed his physique. He wanted to look like he was that character.”

The results were seen before Craig even made his debut, when a paparazzi picture was snapped in the Bahamas as the then-38-year-old walked out of the Caribbean Ocean. That now iconic body was earned with immense effort, and keeping it up over the course of 16 years it took its toll. Here’s how Craig managed to bring his new breed of Bond to life, from Casino Royale to No Time To Die, and survive the process.

The first step on that journey for Craig was meeting with British trainer Simon Waterson. A fitting man for the job, Waterson had trained and served in the 845 Naval Air Squadron before finding his way to working with actors. One of his earlier jobs was preparing a young Pierce Brosnan for The World Is Not Enough and Die Another Day. Those missions were so successful that Broccoli decided he would be a great wingman for Craig as well.

Their introduction was on the set of another movie, where Waterson remembers Craig smoking cigarettes and eating as he pleased. But the actor was prepared to change. “From there on out it was seven days a week with Simon,” said Craig on Being James Bond. The two became true training partners, with Waterson doing the workouts he programmed side by side with the actor. Though the methods and modalities changed throughout, their alliance was a constant.

The training that Craig did before beginning a Bond movie would begin a year before the filming date. Waterson developed the early programming based on his own military experience and familiarity with the character. The work was done both at home and at the fitness facilities of Pinewood Studios outside of London where most of the filming happened. There they had access to all the best in fitness equipment like Keiser machines and a Wattbike.

Once there was a script, he would tailor the exercise to address key strengths that Craig would need as Bond. Like a football coach, Waterson built drills to reflect the movement patterns for each high-octane stunt. “The aesthetic that he developed was out of an ability to actually run on the rooftops of buildings and throw a guy across the room,” Waterson tells InsideHook. “Everything we did was centered on giving him the tools needed for that kind of work.”

On set Craig found it quite easy to tap into the power he had unlocked through those grueling sessions. “It’s easy to find motivation when people are shooting at you,” Craig joked during the press tour for No Time To Die.

Nutrition was kept fairly simple throughout, but there was a concentration on anti-inflammatory ingredients. On set, the meals were cooked up fresh by a personal chef and on a very strict schedule so that Craig’s 12-hour shoot days were as manageable as possible. Following their morning workout, Waterson would signal to the kitchen to prepare a breakfast of poached eggs and avocado with a cup of black coffee.

The food choices were a long way off from where the actor was when Waterson first met him all those years ago. “I knocked on his door and he opened it with a breakfast sandwich in one hand and a cigarette in the other,” says Waterson. “I knew that I had a little work to do after that.” They also supplemented his meals with freshly prepared probiotics like kimchi and juice shots like turmeric.

On the few occasions that Craig had free time, they found additional ways to make his fitness fun, with plenty of outdoor activity. “He enjoyed rugby the most,” says Waterson. Craig had played the game in an earlier life, and still had the skills when he stepped on the pitch with the trainer. The grit that you see in those Bond stunts came out on the field. “He’s a tough player, and it was important, too.” The lateral movement and bursts of speed required by the sport translated into the movement Craig would make sprinting through streets chasing bad guys.

Playing an unstoppable MI6 agent was rough on Craig’s body from the get-go, and it didn’t get any easier a decade and a half later. “I started doing these movies acting like a bull in a china shop and I couldn’t imagine doing them any other way,” said Craig. “If I wasn’t able to do that in every movie, I didn’t know what the point was.” In order to alleviate the stresses on his body, Waterson made their recovery time as disciplined and focused as their training periods were.

Regular massages were arranged for Craig, and when that wasn’t possible he would strap into Normatec compression boots. This happened at home, in the gym or in his trailer during breaks in filming. He also utilized percussion devices like the Theragun to help encourage blood flow to his more stressed muscles. “Everything you can think of we did,” says Waterson. “Because we were taking his body to the limit on every movie.”

Of course, taking things to the limit can have consequences sometimes. Even with the discipline they had toward recovery, it was impossible to make Craig fully bullet-proof, and accidents happened. During the filming of Spectre, he injured his leg doing a complicated stunt and rode the rest of the intense shoot out with a boot on his foot. On No Time To Die, Craig broke his ankle and was forced to wear an Aircast while he healed.

The next week after the ankle break he was already back in the gym, and Waterson credits his mentality for getting him past those challenging times. “The way that Daniel took on this role was relentless,” Waterson says. “Even if he was injured, we did what we could and I think that fortitude helped get him through.”

Let’s be honest, leaving this role is not easy,” Craig says at the end of Being James Bond. “There is a psychological connection you develop with something that has been a part of your life for nearly 17 years.” There are a lot of Bond fans — myself included — who would have loved to see Craig continue in the role for as long as he was physically capable. But No Time To Die proved to be the perfect way to hang up the shoulder holsters, with all the brutal action a fan could ask for. Thank you for your service, Commander Craig. Time for an extended leave to a Caribbean beach. 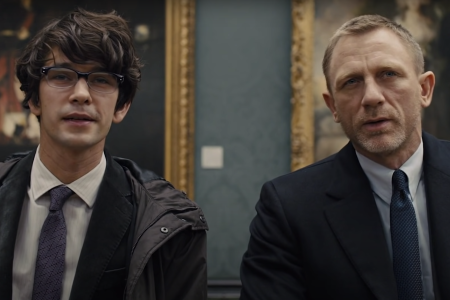 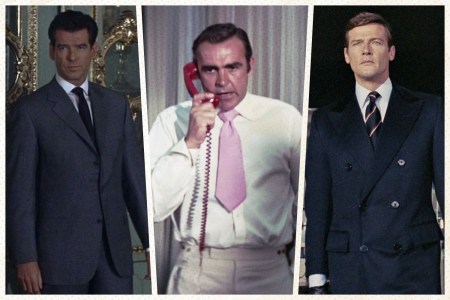 The Best Outfit From Every Single James Bond Movie, Ranked 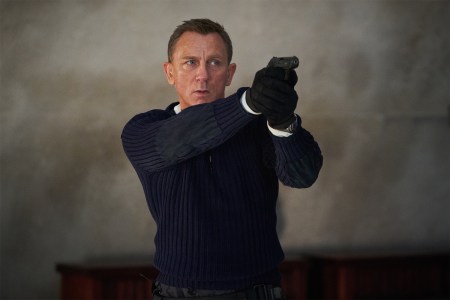