Want to actually stick to a regimen this year? Get yourself some toys.

Instead of another V-sit, try whack-a-mole with Bluetooth-enabled LED cones.
Blazepod
By Tanner Garrity @tannergarrity

The best fitness routine is a consistent one. But that doesn’t mean it needs to be conventional.

If prison curls and neighborhood runs are no longer inspiring you, I’m not particularly surprised. After all, some people have already started selling off their Pelotons. The second a form of exercise starts to feel like a chore, it’s just you versus however much discipline you can manage.

That means running, lifting and Peloton-ing when you actually want to. That means making time for play, the way you used to when you were a kid. And that means stocking your home gym with a bunch of toys.

“Fun fitness” is capable of channeling a Miyagi-like efficiency and joy; you get to break a sweat without ever really realizing how you got there. From LED cones, to weighted jump ropes, to a 10-pound steel mace, here’s the fitness equipment that helps me get there, and have a blast all the while.

A veritable Swiss Army knife for home gyms. FitFighter weights are built from recycled firehose and steel pellets and capable of functioning as a dumbbell, kettlebell, sand bag, medicine ball or sledgehammer, depending on how you choose to use them. I’ve done entire workouts with a single 15-pound Steelhose. You can run through box jumps, Russian twists, hammer curls, tricep extensions, single-leg squats … you name it. The exterior of the hose is double-walled and feels indestructible, but the soft “give” (which comes from the pellets) allows you to comfortably toss it up in the air or swing it against a tire. Those pellets also create an exercise within the exercise; clutching the weight as they slide around like water is an excellent form of imbalance training, which will activate and increase grip strength over time.

Work out for 15 minutes, reap the rewards on an hour-long session. How’s that sound? That’s the pitch for blood-flow resistance training, which involves pumping up a performance tourniquet and situating it at a strategic spot on your limbs. The technology was originally invented by Japanese exercise scientists to rehab injuries, but has since been co-opted by trainees (from Mark Wahlberg to Olympic skier Mikaela Shiffrin) for the performance gains that can occur when the body’s blood flow is disrupted. I always look forward to a BFR day with the weights. I’ll keep my session short and sweet (and safe!) with extremely low weight and high rep counts. Chris Hemsworth actually has a great barbell circuit I like to pair with the bands. Your arms will be crazy sore in mere minutes, but in an oddly satisfying way.

The preferred weapon of 12th-century Persian warriors is now the preferred training tool of 21st-century MMA fighters. Fitness rarely gets as fun as swinging around a full-blown steel mace. It’s one of many toys (weighted bats, truck tires, battle ropes) that makes up a gym trend known as “unconventional training.” Think about it: the tools used in real life, from combat to gardening, require flexibility and mobility. So shouldn’t we train with equipment that forces our bodies to twist and turn, and learn to move unevenly distributed weight? (Look at how the majority of the weight is concentrated almost four feet from a trainee’s grip.) For a scorching six-move circuit, head here. It includes a move called the spear press, which is guaranteed to make you feel like a Game of Thrones character.

LED whack-a-mole, on a mission to make planks palatable. BlazePod leans heavily into the fitness “gamification” trend; each unit features six Bluetooth-enabled cones that light up intermittently throughout whatever activity you choose to play. For instance: in a game called “Plank Focus,” you hold the notorious pose while lights rattle on and off in front of you. You’re only supposed to tap them when they turn green. The app keeps track of how many you get right and wrong each wrong, and before you know it, in a chaotic bender to beat your high score, you’ve done 10 minutes of planking. There’s a full library of other drills that play on our oft-forgotten fight or flight instincts (reaction time and agility), and pretty much every game on offer is more fun than touching a medicine ball to your knees 100 times.

A slab of plastic with 12 different circular ports. Each is shaded at least one color — red, green, blue, or yellow — which corresponds to a legend that’s listed out in the middle of the board. Red equals shoulders, green equals triceps, blue equals chest, yellow equals back. A pair of non-slip hand grips slots easily into the ports. The whole thing looks like it was designed for a fourth-grader, but that’s my favorite part. It’s given the most basic bodyweight move out there, one that I performed ad nauseam during peak quarantine, the second wind it deserves. I enjoy experimenting with different grip settings, sussing out which ones are harder than the others. (So far: innermost red-to-red, which grills the shoulders, or the diagonal blue-to-blue, which puts the pecs on blast.) I also like trying out multi-dimensional moves. For instance, some reds intersect with greens, some blues intersect with yellows. At the end of the day, I could always do pushups on the floor, I suppose, but where’s the fun in that?

The sexiest jump rope in the game. CrossRope makes high-quality, height-inclusive ropes, in sets of varying weights, so you can get some traditional speedwork in on certain days (the quarter pound’s your best bet) to a legitimate strength-training workout on others (two pounds). That’s right — it sounds a bit odd, as the activity’s a prodigious calorie-burner, but using a heavier rope will put your deltoids through isometric hell, and help you add some heft up top. Whenever I’m feeling extra “meh” about going to the gym to lift dumbbells (or the gym’s closed, which happens a lot these days), I like to get out the heavy rope for a fairly basic circuit: jump rope for five songs, each at least three minutes in length, with a minute of rest in between. That’s how to earn your beer, if you’re even able to lift it.

Not a workout toy, exactly, but something you should keep in the home gym nonetheless. This is your reward (and your failsafe) after all that time throwing around firehoses and steel maces. The Chirp Wheel is the most recent answer to the foam roller, a deep tissue device that literally clinks your spine into place as you roll back on it. Ever seen those Instagram videos where a chiropractor with giant biceps cracks a neck or back with a resounding pop? I’m not sure what it says about my vertebrae, or this thing’s efficacy as a recovery device, but I’ve heard that sound every single time I’ve laid down on a Chirp Wheel. Even if you don’t exercise regularly, the simple act of sitting in front of a screen all day is taking a toll on your posture. This thing is fun. Let it help you. 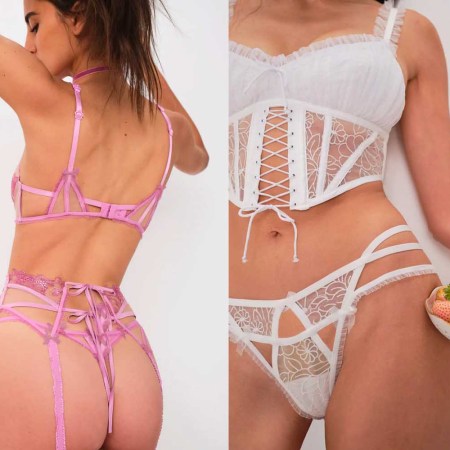 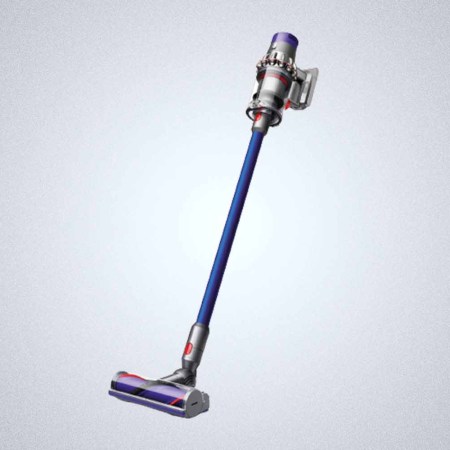 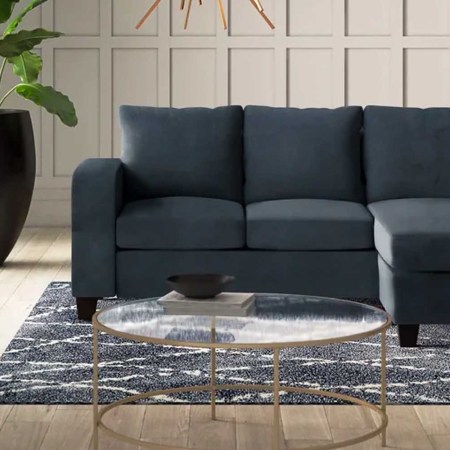 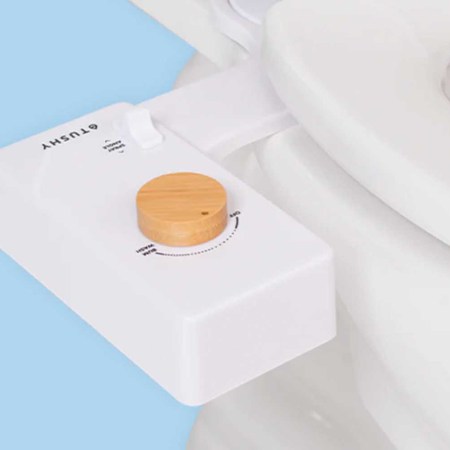 Tushy’s Top-Rated Bidets Are On Sale for Valentine’s Day (How Romantic!)