The 6 Best Restaurants That Opened in NYC This February

Sushi on Jones
By Shari Gab 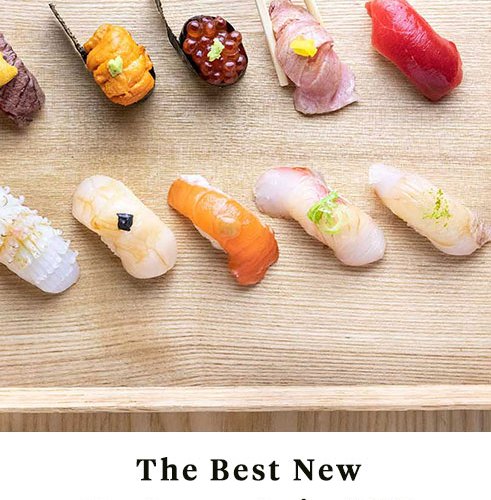 You’re here because: The time feels right to pay homage to the restaurant’s namesake, Count Camillo Negroni, by toasting him with one of the Italian cocktails that bear his name while dining on some tasty food from The Boot.

You’re dining on: Whether it’s the Chef Special Iron Men (a 16-month dry-aged pork-bone soup blended with chicken and oxtail) or the super-spicy Captain Brooklyn, you’re gonna want to get the ramen and pair it with savory Okonomi Foo pancakes or the restaurant’s deep-fried chicken dish, Botan Zangi. In addition to an assortment of Japanese beer and wine, the libations list also includes a number of infused sake cocktails and Japanese whiskies.

You’re here because: A week after opening, the line to get in slinked down the block and around the corner and you just had to know what the heck the fuss was all about. And — trust — it’s very worth it.

You’re dining on: Thai for breakfast. From the owners of Uncle Boon’s, the day-to-night (currently just day, though) diner melds comfort food and Thai exquisiteness most perfectly. The Tom Khaa Gai, Guava Crumb Cake, Pad See Ew and Phat Bai Horapha are all bangin’. But the Egg Sandwich with sai oua Thai sausage and cheese on roti … that thing will straight up change your life. Sawadee Kha!

You’re here because: You and yours can’t decide on what to eat. So don’t. Have the best of both worlds at this 10-seat joint concept.

You’re dining on: Flip a coin and go in on a 7- or 12-course omakase or indulge in their signature American Wagyu Sando … or Wagyu Dog … or WagNuggets. Any way you slice it, you can’t go wrong. Unless you fail to finish the night without the Whiskey Pudding. It’s not to be missed.

You’re dining on: Seasonal, vegetable-focused munchies. The traditional hits are all here, from Elote to Mole Tacos. Handmade tortillas really make all the difference in the world. And if you’re keen to say, “F it,” go in on the menu’s meaty headliner, the Deep-fried Chicharron Tacos.

You’re here because: The working day is through and you and the buddy just want to loosen the tie and swim in a big plate of wavy noodles to commiserate.

You’re dining on: Fast-casual Chinese, much like a Chinese dry pot restaurant, that lures you in via familiar favorites. Most of the dishes on the roster will only run you $10, a true rarity in FiDi for certain. That means all the Braised Pork Belly, Fish with Ginger and Northern-style Dumplings your heart desires.