Growing up in the late 17th century in the region around Turin in Italy, future Duke of Savoy and King of Sicily and Sardinia Vittorio Amedeo II was a frail and sickly child who had great difficulty digesting most foods he ingested.

After the young Duke was diagnosed by the court doctor as having an ongoing case of food poisoning caused by eating bread containing pathogenic germs due to not being prepared hygienically or cooked through entirely, local baker Antonio Brunero was commissioned to produce a longer, thinner and crisper version of the baguettes that were being eaten at the time. Easier to digest and cooked crisply enough to kill all potential germs, Brunero’s new baked goods helped cure Amedeo of his ailments and allowed him to go on to reign as an adult. Grissini, the Italian breadstick, was born.

When Kaity Mitchell, the executive pastry chef at New York City Italian eatery Portale, makes grissini for her restaurant, she doesn’t have to worry about the dietary restrictions of a 17th-century European nobleman. So, she uses 100% hydration sourdough starter as the building block for her pencil-thin breadsticks and reaps the benefits.

“A cool thing I don’t think people really realize is that sourdough bread doesn’t mold as quickly as a normal loaf of white bread. White bread molds way faster,” Mitchell tells InsideHook. “You get a longer shelf life with your bread because of the bacteria living in the sourdough. The bacteria in the starter actually preserves the bread longer. Our house bread is baked fresh every day, but I do think it keeps it softer longer. So if I bake grissini in the morning, it’s not as dry as a normal bread would be in the evening when we’re serving it. Another benefit is the flavor of the sourdough.”

Though Mitchell has worked at restaurants in the past where the grissini dough was rolled out on a pasta roller and then put through a linguini cutter, the “knobby” sticks Portale serves are made with even more of a hands-on approach.

“You roll it out really thin. You cut it into strips. You stretch it because you want it to be thin in the center and have the ends be a little thicker. You get your fingerprints in there a little bit,” Mitchell says. “It just looks a bit more interesting to me. They don’t stay perfectly square. I like the look of them being a little more organic and natural. Also, you can use less flour if you’re rolling it out yourself versus using a pasta machine because you can control how the dough is moving. With less added flour, it’s going to be a more delicate product and not going to feel as dry. There’s a difference. It’s all in the taste and snap of it.”

Here’s Mitchell’s recipe so you can get cracking on your own batch of sourdough grissini at home.

Ingreditions for the Overnight Sourdough Biga:

Ingredients for the Final Dough: 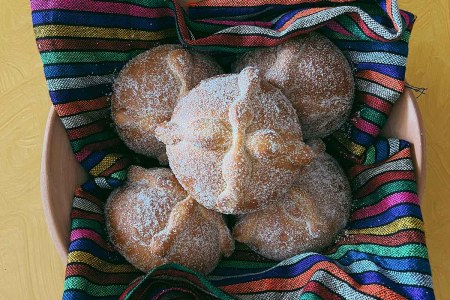 Recipe: Pan de Muerto Is Central to Celebrating Life on the Day of the Dead 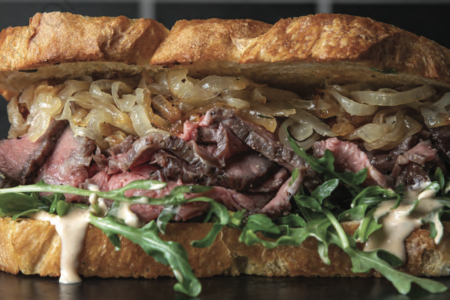 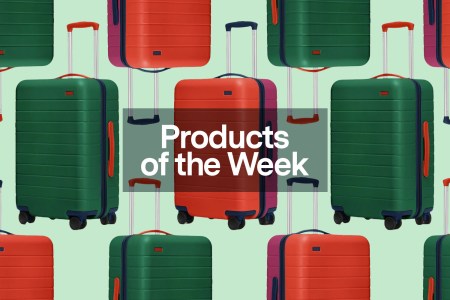