How to Throw the Perfect Cannabis Dinner Party

As told by the folks behind VICE’s ‘Bong Appetit’

Wine-paired dinners conjure up an air of sophistication: A dapper sommelier pours wines between each course, taking time to explain to diners how the notes complement the flavors of the dish. The diners, encouraged by his show, begin to speak of the food and drink more freely, their cheeks reddening and tongues loosening as one bottle gives way to the next.

Your correspondent has been to many such dinners (hazard of the job), and while they’re enjoyable, they also tend to come with a lead-weighted hangover. But recently I attended my first cannabis-infused dinner, and I awoke the next day feeling rested and productive, which is not what one would expect from a veritable smorgasbord of edible pot.

I was at a preview for the second season of Bong Appetit, a television series on Viceland that pairs trained chefs with marijuana experts to create innovative dishes that will completely change the way you look at the plant (the first episode of the second season airs on 4/19).

The show makes good on its promise of diving deep into the molecular properties of cannabis, and comes up with delicious recipes — which you can try at home — with the help of its cast: host Abdullah Saeed, confectionist Vanessa Lavorato and weed savant Ry Prichard. Seeing as this Thursday is 4/20, we asked Saeed and Prichard for some tips on how to host your own, ahem, high dining experience.

Know the three active compounds in the plant
It’s not all THC. Over a savory congee from Chef Louis Tikaram, Prichard told me that CBD, another cannabinoid (this one only found in the male plant), actually has “anti-anxiety properties that modulate the effects of THC.” CBD is also used to alleviate pain. All of the Thai dishes prepared by Tikaram had CBD to help smooth out the effects of the THC.

You can make your own infusions and concentrates without stinking up the place
Prichard told me that terpenes are what give cannabis its pungence. “That’s why flower has more flavor,” he says. If you watch the show, you’ll learn a lot about terpenes (you can also look here), but the cast uses an ingenious method to keep their apartment from smelling like a college dorm room: they make concentrates and infusions by putting the flower in a mason jar with butter or oil and then double-boil it at a low temp (kind of like a sous vide). “This decarboxylates and extracts the cannabinoids into the fat at the same time,” explained Prichard. All in, this will take you two hours. Saeed noted that “you can add herbs, garlic and seasoning to really enhance the flavor.”

Err on the side of low doses
All in, the meal I had with Bong Appetit had 15mg of THC, but a lot more CBD. “Most people can handle 5mgs of THC,” says Prichard. “In Colorado, the standard dose is 10mg.” He pointed out that concentrates that you buy or make contain around 60-80 percent THC, whereas flower contains 15-20 percent. “In terms of dosage, a good rule of thumb is that there’s 20-25 percent THC per a gram of flower,” says Saeed. One gram for a stick of butter should yield 20 different servings.

If they’re available, pick up some pre-made cooking ingredients
Clear Concentrates was used in the Thai dishes we were eating — which included a crowd-pleasing fried chicken and a lobster congee — because it’s reliably potent and odorless. The flower-based Bee Blee Diesel olive oil and infused salt were also used: both have great flavor.

Limit your alcohol intake, obviously
We only had one glass of wine. Everything else was a cocktail by mixologist Devon Tarby. Cocktails are best because you can use lower amounts of alcohol; alcohol opens your stomach and increases the absorption of THC, which is why some people get sick.

When in doubt, follow your nose
At first glance, picking the right strain of cannabis seems daunting: there are a ton of strains, so even the seasoned toker can tread into unfamiliar territory pretty easily. Saeed has a trick for that: “follow your nose … We’re discovering that the spectrum of highs is more varied than simply indica and sativa. Smell it, and if your body tells you that’s what it wants, go with that. You can’t lose.” 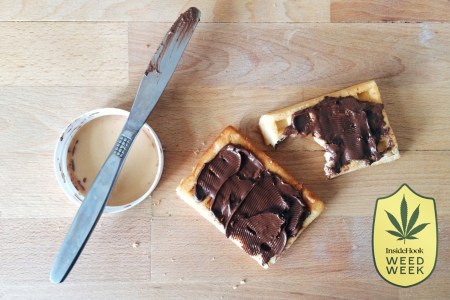 A Definitive Guide to the Best Snacks to Eat While Stoned 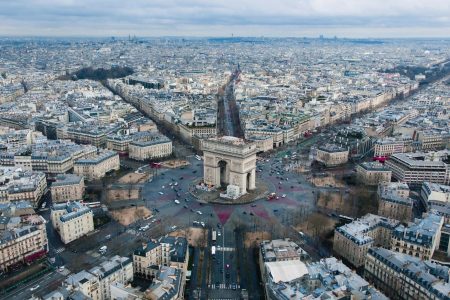 In Pandemic-Era Paris, An Investigation of Illicit Luxury Dinner Parties 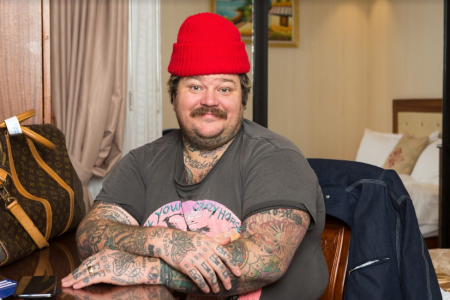 Matty Matheson Is the Hardest Working Man in Food Biz