The culinary adventure grew out of the actor's role voicing a new audiobook. 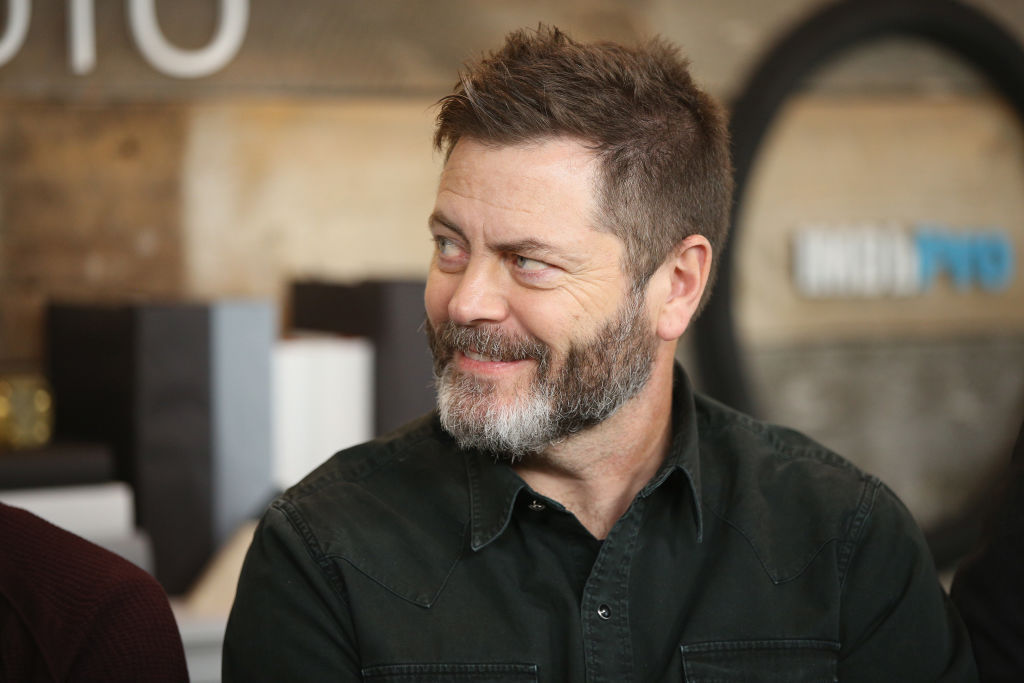 Actors Nick Offerman of "White Fang' attends The IMDb Studio and The IMDb Show on Location at The Sundance Film Festival. (Rich Polk/Getty Images for IMDb)
By Joe Dziemianowicz / October 29, 2018 5:00 am

When there’s a Mark Twain project on the table for actor Nick Offerman—who has a voracious appetite for the works of the famed author and humorist—he is game for just about anything.

Even a gamey bite of raccoon.

That culinary adventure went with the job description for Offerman’s latest audiobook, “Twain’s Feast,” out Friday (he has already narrated audio editions of “The Adventures of Tom Sawyer” and “A Connecticut Yankee in King Arthur’s Court”). Drawn from a 2011 nonfiction tome of the same title by Andrew Beahrs, the book celebrates the Huck Finn creator’s love of food, especially American fare, as well as his fondness for writing about it.

Unlike other books made for earbuds, this production isn’t a straight duplication of the text. “The audiobook is a deeper dive into the subject and a big mélange,” Beahrs told RealClearLife. “It’s a buffet.”

The Audible Inc. recording includes interviews with oyster farmers and people involved in terrapin restoration. Offerman reads passages by Twain, but a big part of the eight-chapter smorgasbord features him exploring—and eating—an array of Twain’s favorite foods, which the author had written about desperately craving during a trip to Europe in 1879.

Some of the foods are familiar and in plenty of pantries and refrigerators: oysters, trout, cranberries and maple syrup, among them. Prairie chickens, terrapin, sheepshead not so much. And the same goes for raccoon.

In April, Beahrs and Offerman, along with his friend, comedian Wanda Sykes, New York University professor Christina Greer, and musician Jeff Tweedy, gathered at the Mark Twain House and Museum in Hartford, Connecticut. While they savored some of Twain’s favorite dishes prepared by chef Tyler Anderson, their spirited conversation was recorded for the audiobook. “The story of food in America is a story of transformation,” said Beahrs. “One thing that came up is how much we take things for granted, like food, and how food sources need to be protected and respected.”

There was no shortage of trepidation voiced about tucking into raccoon, which came from Gillett, Ark. The town hosts an annual supper in which the masked mammal is the main entrée—this year marked the 75th version. Amid discussions of raccoon fat, which has a reputation for being nasty, Offerman unexpectedly shared advice for cooking raccoon. His father’s mom, he said, filled a stew pot with corn cobs “to soak up the fat.”

Despite that family history, Offerman himself was new to eating raccoon, which Anderson served as sausage wrapped around medallions of Wagyu beef. Offerman’s verdict? “It landed,” Beahrs recalled to RCL.