Belcampo’s slogan is simple enough: “Meat you can trust, from start to finish.”

But the “trust” part is proving complicated after a former employee alleged earlier this week that the high-end California meat purveyor has been misleading customers about the sourcing of pricey cuts for sale in its Santa Monica butcher shop, where a pound of tenderloin filet costs nearly $50 — about the same as you can expect to pay for a whole Belcampo chicken or a couple of bone-in pork chops.

The ex-employee’s claims are a potential problem for Belcampo, which has long touted the “transparency” of the meat it sells. The company says that thanks to the vertical integration of its supply chain, the beef, pork, lamb and poultry it raises humanely on farmland in Northern California is “meat you can trace,” from Belcampo’s pastures to Belcampo’s own slaughterhouse to any of Belcampo’s five restaurants or three butcher shops scattered around the Bay Area and Los Angeles.

Evan Reiner says that’s not true. In a series of story posts on Instagram this week, Reiner said Belcampo is “lying to your face” and selling meat it didn’t raise, repackaging and pricing it as if it were the company’s own. Reiner claimed Belcampo has been misrepresenting beef that is not grass-fed, organic or local as well as poultry from third-party suppliers.

“I apologize to all the customers that I lied to for the past 2 1/2 years in order to keep my job,” Reiner wrote, followed by images from the Santa Monica store of beef in shrink wrap printed with the names of other processors, including the mass-production wholesaler National Beef Packing Company, along with Country Day turkey breast from Minnesota and chickens from Pasturebird and Mary’s (both of which are California farms that say their birds are free-range, but sell at other stores for half the price of a Belcampo chicken).

Reiner tells InsideHook that Belcampo had relied on outside suppliers “on and off” since he started there as a butcher in 2018, with more meat from third parties filling the shop’s cases starting around May 2020. After an injury last July kept Reiner out of work for nearly four months, “it was full-blown Rocker Brothers” when he returned in November. (Belcampo told the San Francisco Chronicle in a statement that Reiner was “terminated” last week.)

Rocker Brothers, a family-owned wholesaler in Los Angeles, admits that they sell meat to Belcampo in a volume that has increased throughout the pandemic. “They’re a customer of ours, we’ve fulfilled their orders based on their specifications or needs, and what they did with the product afterward we have no control or say over,” Ryan Grable of Rocker Brothers tells InsideHook.

Some of the products that Rocker and its wholesale competitors supply are largely on par with Belcampo’s cuts of meat, including grass-fed beef and organic, free-range poultry, though Reiner says much of the beef that ended up in the cases was “restaurant choice stuff, corn-fed” — a lower grade than Belcampo’s bespoke grass-fed offerings.

In a response posted on their website, Belcampo acknowledged “serious issues with the integrity of claims on some products and how we communicated them to our customers” in Santa Monica. The company acknowledged ordering from wholesale suppliers when it runs out of specific cuts from its own farms or partners, which it claims are “the primary source” for the meat it sells. “The same high standards used for our own production should be adhered to when sourcing third-party products,” Belcampo wrote.

Belcampo said it is investigating all of its locations for compliance with “our strict guidelines for sourcing and labelling.” The company didn’t respond to inquiries from InsideHook, but CEO Anya Fernald posted a four-minute video on Instagram apologizing for the situation.

“The issues that surfaced are inexcusable and I can only ask for forgiveness and ask for you to look at the bigger picture of our actions in the community and integrity,” Fernald said. “I am committed to rebuilding and, as of now, there are no external-source products in any of our shops, and moving forward we are focusing on a culture of accountability and integrity in the bricks-and-mortar stores to ensure that something of this nature never happens again.”

Though the company said it remains committed to “the utmost transparency,” presenting an outside supplier’s cuts of meat as your own is troubling, says Terry Ragasa, co-owner of the butcher shop Sutter Meats in Northampton, Mass.

“You trust somebody to do the right thing when their whole business model is based off of that transparency,” says Ragasa, who sells beef, pork and lamb raised mostly on farms within a 20-mile radius of his store. “That’s why people shop at places like ours, because they know that we have their best interests in mind, and we’re not going to betray that trust. Seems like this place had broken that rule.”

Fernald fully embraced the idea of transparency when she started Belcampo in 2012 with a $50 million investment from Todd Robinson, a retired financial executive who had been buying fallow farms in Northern California with the idea of raising grass-fed beef.

“The ownership of the entire supply chain insures that we can guarantee that everything we’re doing is what we say we’re doing,” Fernald told The New Yorker in 2014. “In the industrial context, you can’t look anyone in the eye. There’s no individual company that’s responsible for anything and there’s no traceability.”

Belcampo launched as consumers were taking a keener interest in the provenance of what they eat. After Michael Pollan’s 2006 book The Omnivore’s Dilemma, “People really started looking at supply chains and the sustainability of the food systems that they’re supporting,” Ragasa says.

The company quickly expanded, building its own abattoir and opening restaurants and butcher shops (often jointly) around California. Belcampo briefly had an outpost in Hudson Yards in New York City, and also ran a combination eco-lodge and farm in Belize. “When you get bigger, it gets cheaper” to do business, Fernald told Forbes in 2017.

Though responses to Reiner’s Instagram posts have tended toward outrage from people who feel misled, duplicitous business practices are all too common in the food industry, particularly by higher-end companies that know they can get away with it. The Oakland chef and food activist Preeti Mistry tweeted this week that such deceptions stem from privilege in a society “trained to trust wealthy and white.” She elaborated by phone to InsideHook.

“We all have shortages and stock gaps, and it’s like, what do you do in that moment?” says Mistry, author The Juhu Beach Club Cookbook: Indian Spice, Oakland Soul. “The way that we all kind of buy in, for good reason, to this local, organic, regenerative, sustainable model, and then the folks that are making the most off the top are not even following the rules? Yeah, it just feels like a punch in the stomach.”

Editor’s note: InsideHook has covered a number of initiatives from Belcampo in recent years, and they took home the top prize at one of our Great Steak Debate events in 2015. 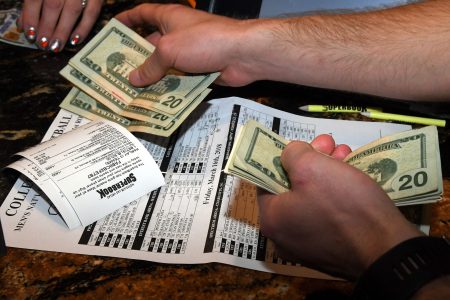 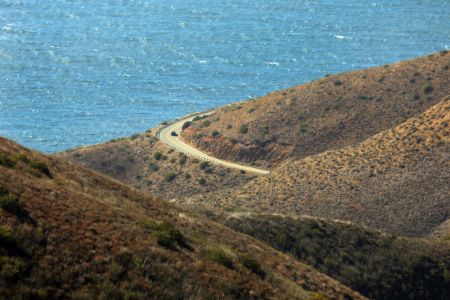 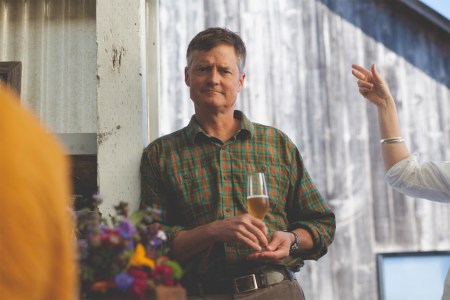