Tucked away inside a central plaza of commerce at Manhattan West, Brookfield’s mixed-use development adjacent to Hudson Yards, there’s a curious tenant with a throwback sensibility that its proprietors hope proves “magical” to New Yorkers. With an art deco façade that would more organically place it in Tim Burton Batman movies than its current all-glass-all-the-time environs, the Midnight Theatre is a new, tech-forward arts playhouse coupled with fine-dining and -drinking experiences. Its bread-and-butter is magic shows, but Midnight Theatre co-founder and creative director Warren Adcock, who boasts a deep résumé in magic as a production manager, says its doors of wood and weathered brass will be open to creatives of all kinds.

“It certainly was in the cards from the beginning that we look at this as a cross-genre space,” Adcock says, apparently without noticing his wonderful magic pun. “We’ve let the world know we’re open-minded.”

“We want to do for a show what Joe’s Pub did for Hamilton,” Adcock says.

There will most definitely be stand-up comedy, starting in November when the New York Comedy Festival kicks off. Also debuting at the Midnight Theatre next month is an Adcock-produced one-woman show starring Holly James, alumnus of the Chicago-based production of Hamilton, as well as Broadway musicals American Psycho and Moulin Rouge!. This time her credit will read: A Brief History of Magic.

James says the show follows a girl who grows up around magic, and when she decides to embark on a magician’s career, through “weird and wonderful ways proceeds to learn magic tricks from the world’s greatest magicians.” James was drawn to the role because, like her character, she herself took a leap of faith to chase a dream, leaving her English homeland to act in the U.S., her success not guaranteed. That connective tissue has helped carry James through what she describes as a “crash course” in magic, with “‘crash’ being the operative word,” she says.

“When I actually told my mom about the show she was like, ‘Well, you can’t even shuffle a deck of cards,’” says James, a Scorpio who, perhaps joking, perhaps not, responded by informing her mother she would not be invited to the performance. “It’s all very alien to me,” James continues, “but I’m in very, very good hands, and the magicians who’ve been teaching me are some of the finest in the world.”

By the time A Brief History of Magic opens, the Midnight Theatre will be ready to fully unleash the tech-y features Adcock believes will separate it from other performance spaces across the city. The 150-seat theater is equipped with projection mapping capabilities, creating digital sets and an immersive audience experience, as video art is exhibited across its walls. (Think: the recent Van Gogh Exhibition.) A digital set to which showgoers can expect to be transported during A Brief History of Magic will be another theater, one partly inspired by Harry Houdini’s early-20th Century Hippodrome Theater, which was located in Midtown Manhattan. Should a show call for it, performers and audience members alike at the Midnight Theatre can find themselves interacting with the wall projections, virtual characters programmed to respond to environmental stimuli.

The projection mapping will help magicians, comedians, musical acts and other performers tell a story, says Adcock, who himself studied creative writing while a grad student at the New School. It was the storytelling element of magic shows that helped Adcock feel as though he belonged in the space, which he fell into 11 years ago, after answering a Craigslist job post that turned out to be a gig with David Blaine. (Adcock says the ad simply read, “Production assistant wanted. Must be able to ride a scooter.”) After working with Blaine he says he learned about venue design and new innovations in that category while employed by MSG Ventures, where he helped get the MSG Sphere project going in Las Vegas.

With A Brief History of Magic on the precipice of opening night in his new digs, Adcock says, “It was easier for me to build a theater and put a show inside of it than it would’ve been to write a show and get it put up by someone else.”

Appealing to the general public brings its own set of challenges, however. Taking in a magic show during the Midnight Theatre’s opening weekend in September, I sat down in a curved booth with plush, upholstered cushioning, billed as part of the VIP section. It was in the third-to-last row, making the card tricks performed on stage, some 50 feet away by my estimation, difficult to see and appreciate. The free champagne didn’t quell the frustration on the part of the couples to my left and right over sitting with strangers. (I swear, I showered before going out.)

But without bringing those issues up to Adcock in my interview, he volunteers that he and his team are working to improve those specific elements of the audience experience, among others. Live video will be projected onto the walls, allowing guests in the rear of the theater to better decipher intricate goings on far in front of them on stage. And Adcock says VIP package prices won’t be completely dependent on where guests sit in the future, but rather the perks they decide to add to their purchase, such as some Pan-Asian-inspired food from the Hidden Leaf restaurant, located within the building, and drinks from its cocktail bar.

When I eventually tell him about my boothmates’ beef, Adcock says, “Trust me, I heard about it,” and adds that the Midnight Theatre managers will probably never stop working to make the place better for visitors.

“Our mission statement, really, is to bring entertainment at an unprecedented level of intimacy to audiences and the artists,” says Adcock. “We want people to come and have that high-quality experience you would expect in the neighborhood and from New York City. As New Yorkers, we have certain expectations, and we’re trying to meet them.”

As Holly James put it, while playing host during the magic show I attended, the Midnight Theatre has “everything under one roof that will help you escape your shitty life.”

One can’t expect much more than that. 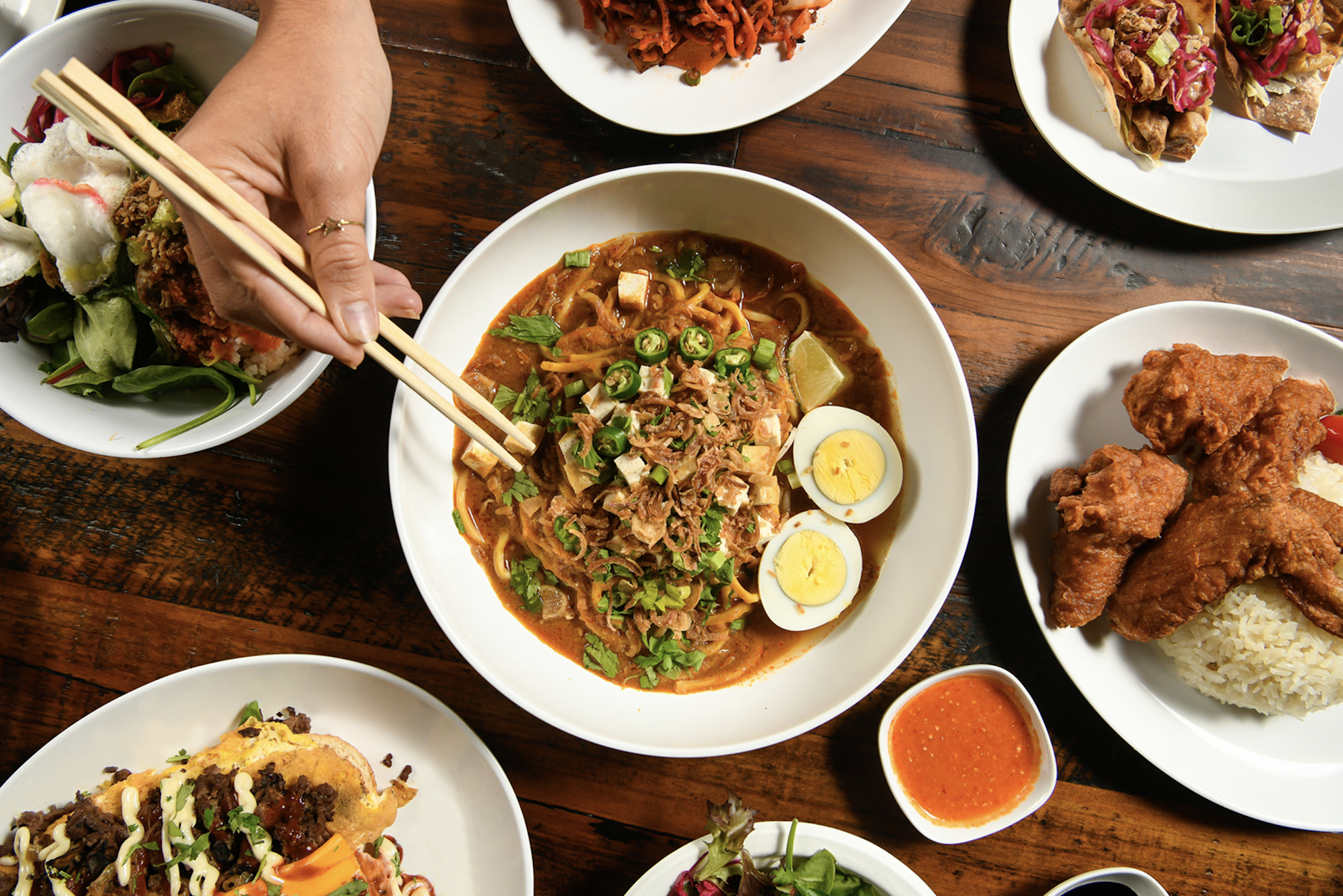 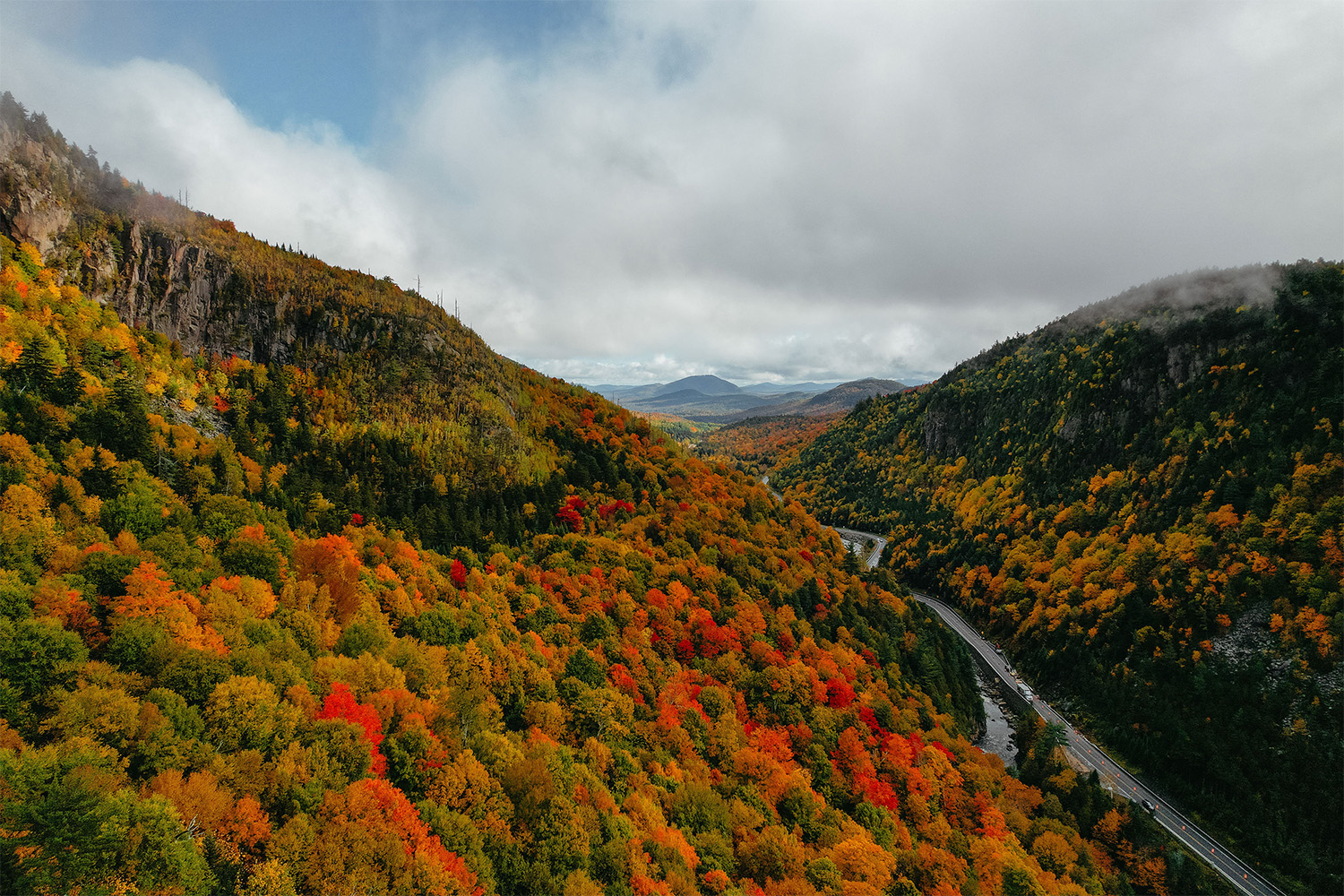