RealClearLife will be following the drug lord's trial in Brooklyn, which has been set for September. 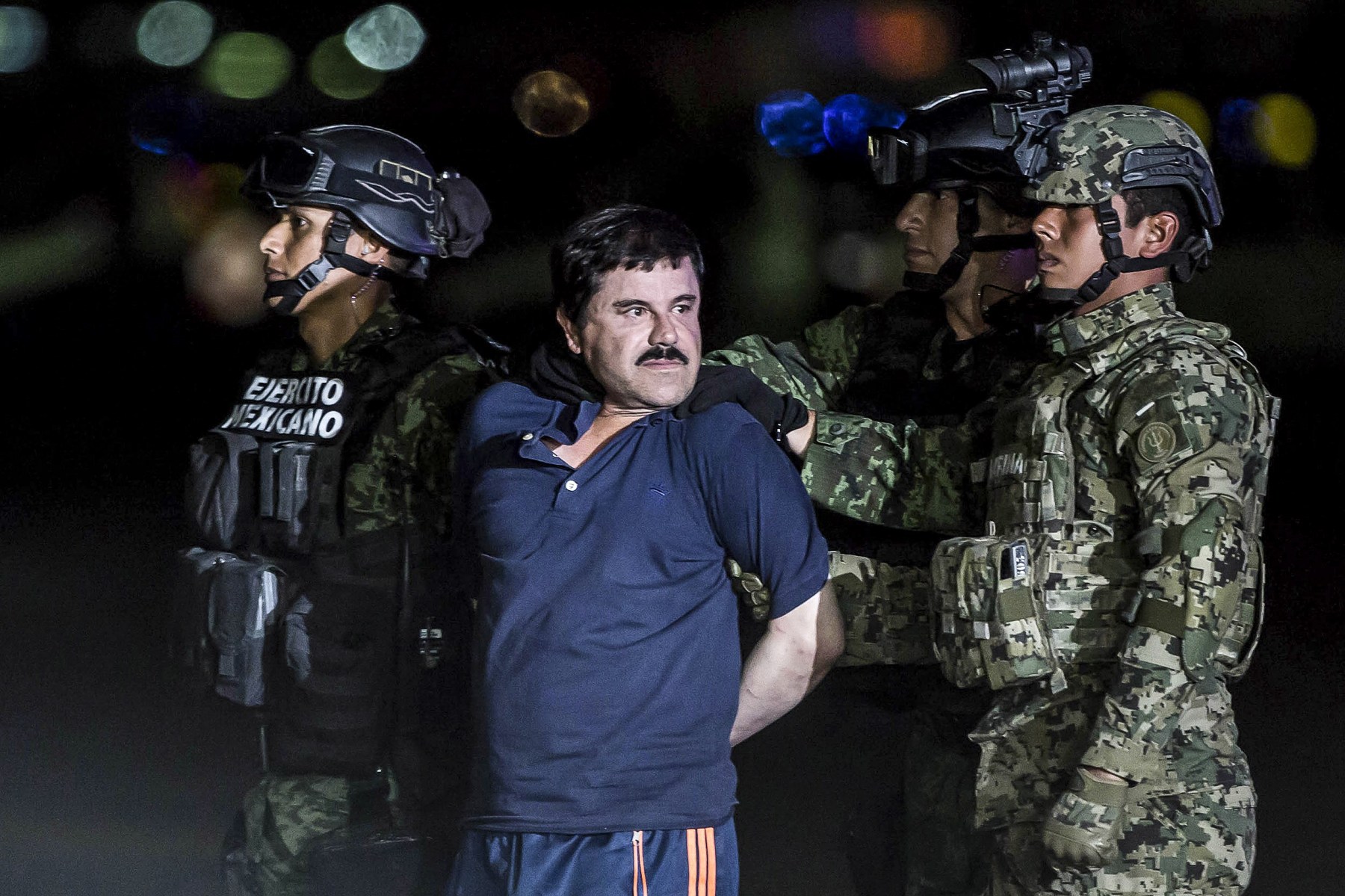 Joaquín Guzmán Loera appeared at a hearing at the Brooklyn federal court on Thursday morning, where a U.S. federal judge set a Sept. 5 jury selection date for the Mexican drug lord. Guzmán, known as El Chapo, is jailed in New York on drug trafficking and conspiracy charges. He has been accused of running a global cocaine, heroin and methamphetamine smuggling operation across four different continents as the leader of the Sinaloa cartel. During his decades-long reign, he earned nearly $14 billion.

El Chapo has escaped twice from prison in Mexico, once in a laundry cart with help from corrupt guards and once using a mile-long tunnel dug to the shower in his cell. According to NBC News, El Chapo has previously used his connections to keep his drug empire running while he was behind bars, and has had support from criminals who were not originally under his direct control.

Toward the end of Thursday’s hearing, Guzmán’s lawyer, Eduardo Balarezo, said that El Chapo wanted to address the court directly to tell his family to pay his legal fees and to discuss the conditions he faces in jail. Though Brooklyn Federal Judge Brian Cogan seemed taken aback at first, he was willing to let El Chapo, who entered and sat in the courtroom with no handcuffs, speak. 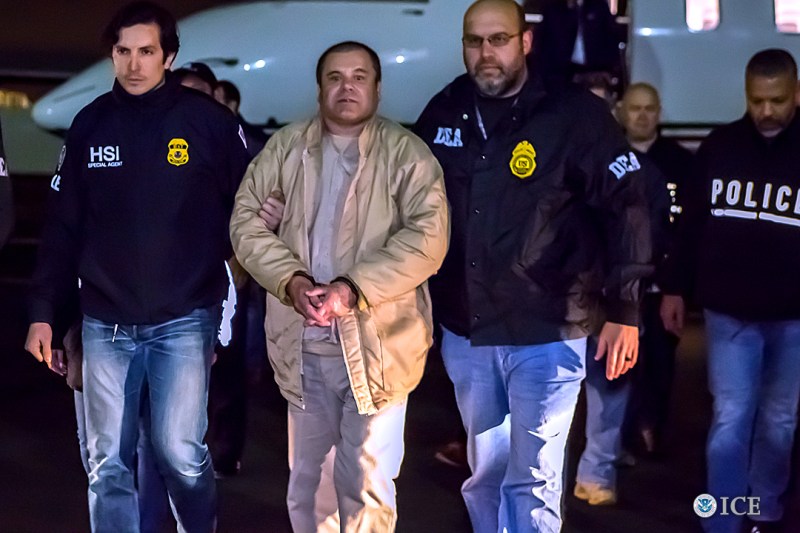 However, the prosecution was worried El Chapo would use the time to “pass messages to the media or others,” and said instead Guzmán should follow protocol and send a letter. Balarezo argued that El Chapo has tried to write his wife, who he hasn’t seen in 13 months, letters and follow the proper procedure, but it takes up to 60 days for a letter to go through the proper procedure, and many of them have not made it at all. He also said that no matter what, El Chapo is forbidden from ordering her to do something. Balarezo argued that “sometimes people need to hear it from the horse’s mouth” when Cogan asked if it was not clear that El Chapo wanted legal representation purely by Balarezo appearing in court by El Chapo’s side.

This concern is in response to recent reports in the Mexican media that El Chapo’s family in Mexico is considering not paying for his legal defense. The reports cited unnamed source close to the family, who said the family was worried his case is a “lost cause.” Balarezo told the court Thursday that El Chapo wanted to make it known that “wants to go to court” and that “he’s not going to cooperate.” 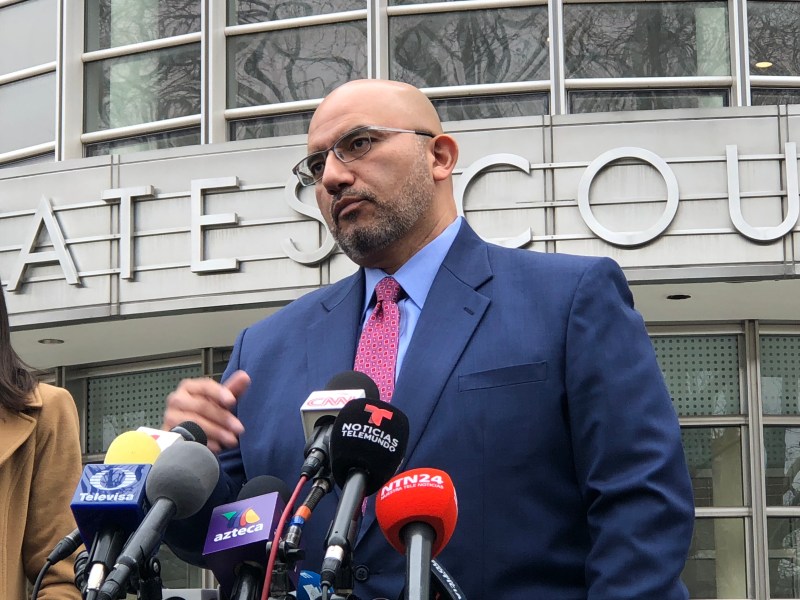 Eduardo Balarezo, the lawyer of Mexican drug lord Joaquin “El Chapo” Guzmán, speaking to the press after a hearing in Brooklyn. (Rebecca Gibian/RealClearLife)

Cogan ultimately did not allow Guzmán to speak because it was “too sudden,” but told Balarezo to submit a letter two weeks before the next hearing with what El Chapo wants to say and he would review it.

During a press conference after the trial, Balarezo said he has received partial payments, and that El Chapo’s “friends helped pay.” Balarezo also said Guzmán wanted to address his concerns with being in solitary confinement.

On Thursday in the courtroom, El Chapo looked pale and skinny, but managed to wave and smile at his wife and two young daughters, who blew him kisses throughout the hearing. Balarezo said that Guzmán, who has been held in solitary confinement at a high-security federal jail in Manhattan since his extradition to the U.S. in January 2017, constantly says his cell is either too cold or too hot, that he doesn’t have access to the canteen like other prisoners, he only gets water bottles occasionally, and he’s starting to vomit every day. Previously, Balarezo has said that El Chapo has been “forgetting names and places and suffering from hallucinations, paranoia and depression,” according to CNN.

“His existence is in that cell, so his psychological state has suffered,” Balarezo said to reporters after the hearing. “It is not at a state where a court would find him to be incompetent, but it is affecting his ability to both study his case, to review his evidence and to also assist us to helping him.”

Cogan has already ruled that jurors on El Chapo’s case must have their identities kept secret, but Balarezo has asked Cogan to reconsider that ruling. Cogan also ruled that the jurors will also be transported to and from the courthouse by federal marshals, and sequestered from the public while there. 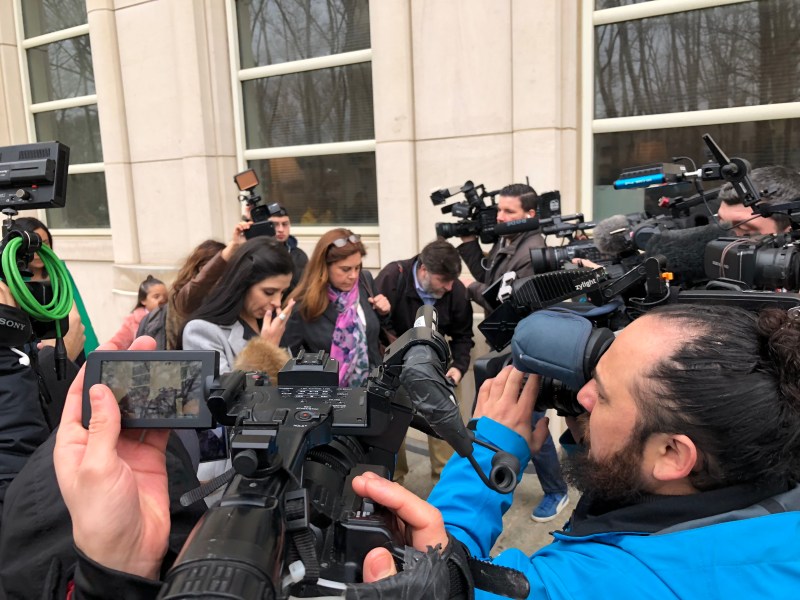 The prosecution secured this ruling by presenting “strong and credible reasons” why the jurors need protection, including El Chapo’s history of using hitmen to carry out thousands of acts of violence for more than two decades, Cogan wrote in the order. The defense has argued this ruling will give a false impression that Guzmán is dangerous.

The government has amassed 300,000 pages of documents and thousands of secretly recorded conversations. El Chapo is also charged with trafficking-related firearm violations and money laundering involving the smuggling of more than $14 billion in cash from the U.S. to Mexico.