The Bizarre Cold Case of the Max Headroom Signal Intrusion

This was actually an international crime.

Hacking hides in the shadows, executed behind layers of concealment (if the hacker is smart). It’s been that way since its inception. But that’s computer hacking. There’s another kind altogether, and it’s much more dramatic, and just as illegal.

A broadcast signal intrusion is a hack. It’s the takeover of a cable channel, a local over-the-air station, or a satellite signal and airing whatever the hacker wants. In the funniest, most famous case ever, the signal intruder liked the short-lived cyberpunk show Max Headroom, he was a fan of Pepsi, and apparently into some light bondage and dominance. In late 1987, he decided everyone in Chicago needed to know. The Max Headroom Signal Intrusion happened on Nov. 22 that year, and you can watch a subtitled video of big-headed Max’s shenanigans below.

The above only shows the signal hacker’s most extensive video. He tried it twice. The first was a momentary takeover of a sports broadcast on Chicago’s WGN. It was around 9:15 pm and sportscaster Dan Roan had begun his segment when the TV signal dipped out. It was easily mistaken for typical signal drops. Analog TV broadcasts often fell prey to interruptions—from storms or transformers blowing and frying wayward squirrels, stuff like that. Then this happened.

WGN engineers were on the ball and managed to quickly evade the pirate signal.

The longer intrusion happened after eleven. Big Head Max hijacked the broadcast signal of public TV station WTTW, taking over during a broadcast of Doctor Who. The video is both self-evident and perplexing. Max scatted the theme to Clutch Cargo, a short-lived (but super-popular) cartoon that ran between 1959 and 1960. He mocked WGN and broadcaster Chuck Swirsky. He promoted Pepsi. He had a woman in a maid’s outfit use a flyswatter on his bare butt. The usual demented signal jacking stuff.

Then he was gone. In no time at all, the Max Headroom Signal Intrusion became a cold case and an object lesson in how to pull off a kind of gleefully weird form of hacking.

I say “cold case” because yes, hijacking a broadcast signal is a crime. In a Chicago Sun-Times article published a day later, the paper reported the joker would have faced “up to $100,000 in fines and a year in jail” if caught.

Past hijackers were caught and sometimes paid the price, others got away with it.

In 1977, for example, the alien voice of Vrillon took over a channel in the UK.

Let’s be real: If you watch video of the Vrillon incident, it’s creepy as hell. The signal jackers were damn clever. Unfortunately, they weren’t aliens, they were hoaxers—admittedly, hoaxers every bit as good as the Max Headroom crew; they’ve never been caught, either.

It was probably a coincidence, but the Chicago broadcast interruption took place almost exactly 10 years after Vrillon intoned its message on English TV.

In September 1987 someone interrupted two adult cable channels with a religious message: “Thus sayeth the Lord thy God. Remember the Sabbath and keep it holy. Repent for the kingdom of heaven is at hand.” It took three years, but police finally fingered an unsurprising culprit—a Christian Broadcasting Network (CBN) engineer named Thomas Haynie. He received probation for his crime.

On April 26, 1986, Captain Midnight cracked HBO’s satellite signal to broadcast color bars and this complaint: “GOODEVENING HBO FROM CAPTAIN MIDNIGHT $12.95/MONTH  ? NO WAY ! [SHOWTIME/MOVIE CHANNEL BEWARE!]” The good captain turned out to be an electrical engineer named John MacDougall. He was fined $5000 and given a year of unsupervised probation. MacDougall never expressed any regret.

The list of signal jackings goes on, and they still happen occasionally today—the more modern instances are often likely to be inside jobs, some disgruntled employee flipping a final middle finger at The Man.

As far as Max Headroom was concerned, many have believed through the years that the pranks (let’s face it, that’s what they were—prosecutable pranks) were indeed the work of someone mad enough to attempt embarrassing Chicago media.

Robert Strutzel was WGN’s engineering director at the time. He told the Sun-Times that it was “pretty apparent it was local.”

Strutzel continued, “It’s not the kind of thing that’s done by somebody in his basement … It’s sophisticated microwave equipment at high-power levels to overcome our installation. And the room for error is very small.”

The incident may have required the resources and knowledge of a television engineer. Just as interesting was trying to suss out—profile— where Big Head Max was coming from. The prank looked random as hell, but there seemed to be a kind of plan behind it.

The use of the big Max Headroom mask is probably important. Here’s the IMDB synopsis of the short-lived series:

“20 minutes into the future, the world has become imbued network-television. It’s illegal to turn off your TV, and televisions are given to the needy. In this world, Network 23 has a highly-rated news program with a roving reporter named Edison Carter. But Carter uncovers a plot to cover up lethal “blipverts” and is almost killed. In the process his mind is copied into a computer and the computer-generated personality “Max Headroom” is born. Together, Max and Edison, along with Edison’s controller (Theora), their boss (Murray), their boss’ boss (Ben Cheviot), and Network 23’s boy-genius (Bryce) combat crime, placate sponsors, defeat rival networks, and turn in stories.”

It was based on a British show, Max Headroom: 20 Minutes into the Future, and is often called the first cyberpunk TV show. In a 2011 blog post one fan perfectly described just what that meant in 1987: “I watched computer hackers, outlaw TV stations and a crusading mobile TV reporter, Edison Carter, battle in a dystopian world dominated by immense media and marketing corporations. Max the AI would appear to Edison to provide leads and inspiration; for me Max was the main reason to watch the show.”

It’s easy to believe there was an element of protest in the signal intrusion. Max Headroom only ran for 14 episodes, but fans of the show didn’t have casual feelings about it.

Spank-happy Max’s snarky jabs at WGN and a local TV personality smacked of a Chicago-area resident—Robert Strutzel wasn’t making a big leap in saying it was local. And the mention of Pepsi was, in a way, another nod to the show:

Matt Frewer’s character did ads for New Coke, released in 1985, and the biggest knock against the soda was it basically tasted just like its rival, Pepsi. That spot probably didn’t help.

Then there was the flyswatter spanking.

Yeah, I’ve got nothing on that.

So, at one time the Max Headroom hijacker might have faced a huge fine and perhaps even a year in prison. That’s no life term in a Supermax, but no one wants to spend a day in federal prison, much less a year.

As a 25th anniversary article noted in 2012, the statute of limitations on this crime passed years ago. The people behind the hoax—there were clearly at least two or more—could come forward now and not get in any trouble. There are claims all over the internet, but no one has proven they did it.

At this point, it will likely remain a mystery.

And at least where this cold case is concerned, I think I’m okay with that. 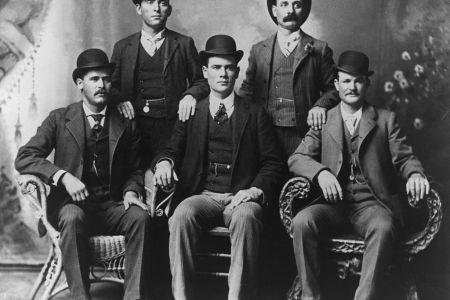