The Crispy, Very Delicious Rise of the Square Pizza

Detroit-style pizza has arrived. Here’s where to find it. 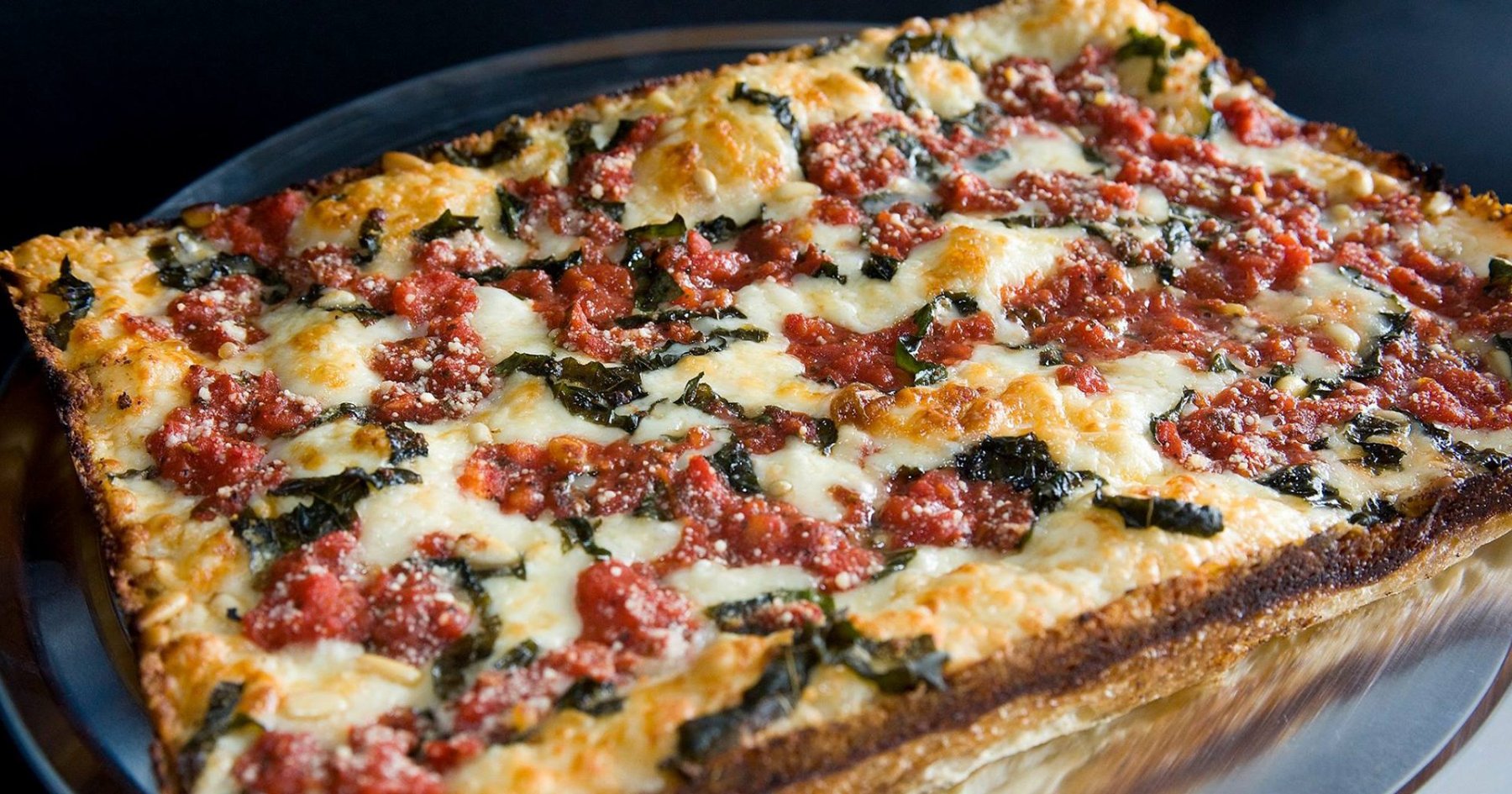 Among the many things the fine city of Detroit has given us — the fists of Joe Louis, the Motown Sound, the pulpy prose of Elmore Leonard — none may be more daring than Detroit-style pizza.

Of course, we Chicagoans are not as resentful as New Yorkers when it comes to embracing foreign pizza styles. But it’s a bold move nonetheless. It may not be deep-dish. It may not be Sicilian. But it’s an icon all its own: an everyman rectangular pie heavy on the red sauce with a crispy-crunchy crust rimmed in golden cheese.

But let’s back up. The story of this pizza begins at Buddy’s Rendezvous (now Buddy’s Pizza) in 1946, and in the most Detroit way possible: when owners Gus Guerra and his wife Anna decided to stretch Sicilian-style dough into an auto parts tray, top it with tomato sauce and cheese and bake it.

It was delicious. Copycats ensued. A legendary style was born. 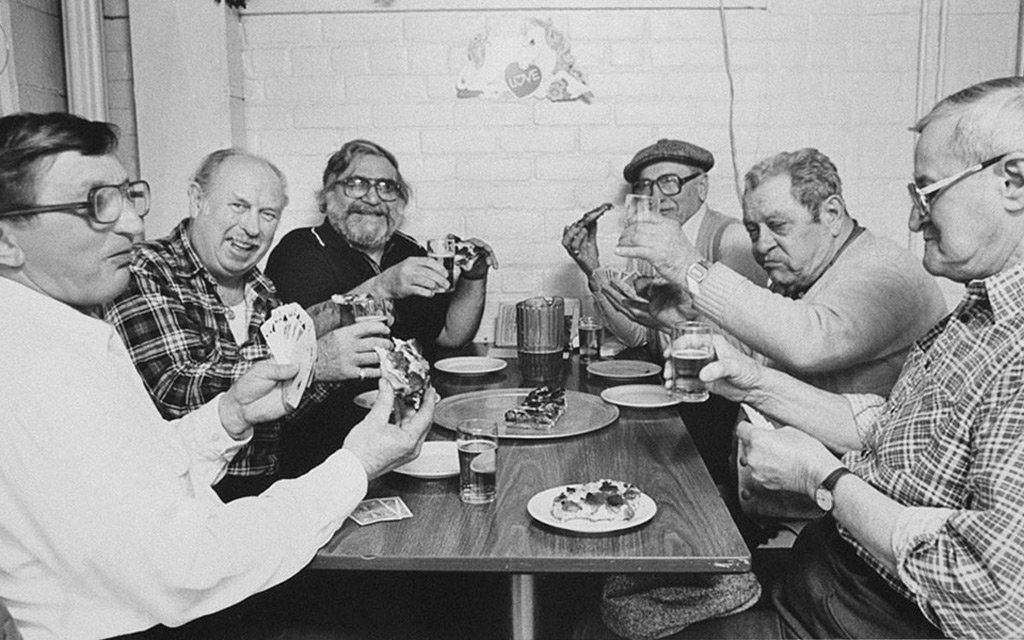 Why it took the 70-year-old cult classic so long to migrate to Chicago’s pizza-lovin’ shores is beyond us. But it’s here, and we want more.

“Chicago-style deep dish and Detroit style pizza have kind of always had a little bit of a rivalry, because of the transfer of people between the two cities,” says Wes Pikula, operations VP and 40-year vet of Buddy’s. “But they’re such different products, I’m not even sure you could call it a rivalry.” For one, buttery deep dish is denser and “more like an actual pie than the lighter, crunchier Detroit square.”

Assuming you’re all up on your deep-dish trivia, let’s run through what makes Detroit square pie so damn good, from the bottom up.

The crust. Detroit-style pizza’s closest cousin is the foccacia-esque Sicilian pie, in which dough is baked in a rectangular pan with toppings pressed into the dough and lightly drizzled with olive oil and tomato sauce. But don’t be fooled by the crust’s thick appearance. It’s more light-and-porous than bready, made up of just water, salt, flour and yeast. A fried quality comes from sizzling in the rendered fat that drips down from the cheese. “In theory, you should be able to crack, not bend, the corner between your forefinger and thumb,” Pikula says.

The pan. A lot of square pizza’s magic is in the rectangular, blue-steel pans that launched the style. Those original auto parts trays are still in use at Buddy’s, and become more flavorful with each bake. New pans get rubbed with oil, baked and rotated a number of times till properly seasoned. Even so, when Buddy’s opens a new location (there are now 11), that store gets a mixture of old and new pans for consistency’s sake. And here’s a pro tip: “A lot of butterfat and oils accumulate in the bent corners of the pans where the metal was folded over, creating this secret sauce,” Pikula says. “That’s why you always shoot for the corners — either fight for them or you order four square pies so everybody gets one.”

The assembly. Detroit-style pies are built in reverse. Cubes of Wisconsin brick cheese (somewhere between monterey jack and white cheddar) are placed directly on the proofed dough, all the way to the edges. That’s followed by sweet, lightly spiced tomato sauce, applied in thick, parallel bands. As the pizza bakes slowly in deck ovens, the cheese melts toward the edges, pulling the stripes of sauce as it oozes. Should you add pepperoni (yes, you should), you’ll either find it on top of the sauce or buried under the cheese, depending on where you are.

Like a great burger, when you bite into it, it should be a very balanced product — with a light, crunchy texture throughout and even distribution of sauce, cheese and toppings, Pikula says. “It shouldn’t leave you feeling weighed down afterwards.”

Got all that? Good.

Next thing you should know: no need to make the 300-mile drive northeast. When you’re in Detroit, by all means make the trek to Six Mile and Conant where the original Buddy’s stands. Otherwise, below you’ll find info on three spots doing three very different, very respectable takes on Detroit-style squares. 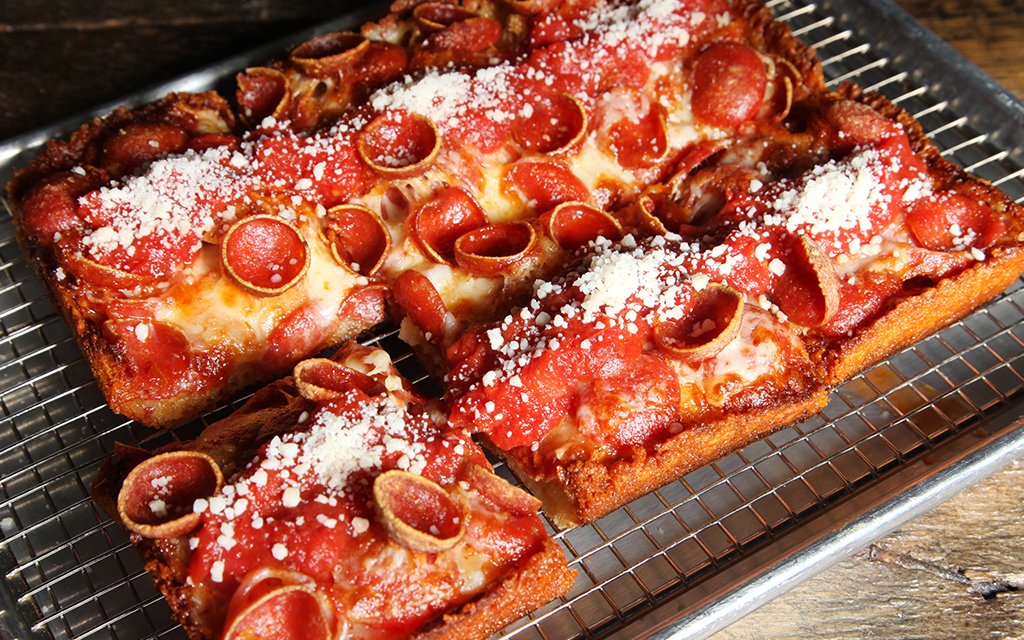 This Brooklyn pizzeria is probably best known for its weirdly topped and christened Neapolitan-style slices, but they make a mean Detroit-style, which is funnily called the “Logan Square.” Word to the wise: They only make 30 or 40 of these cheese-encrusted beauts per night, so go early. • 2451 N. Milwaukee Ave. www.pauliegee.com 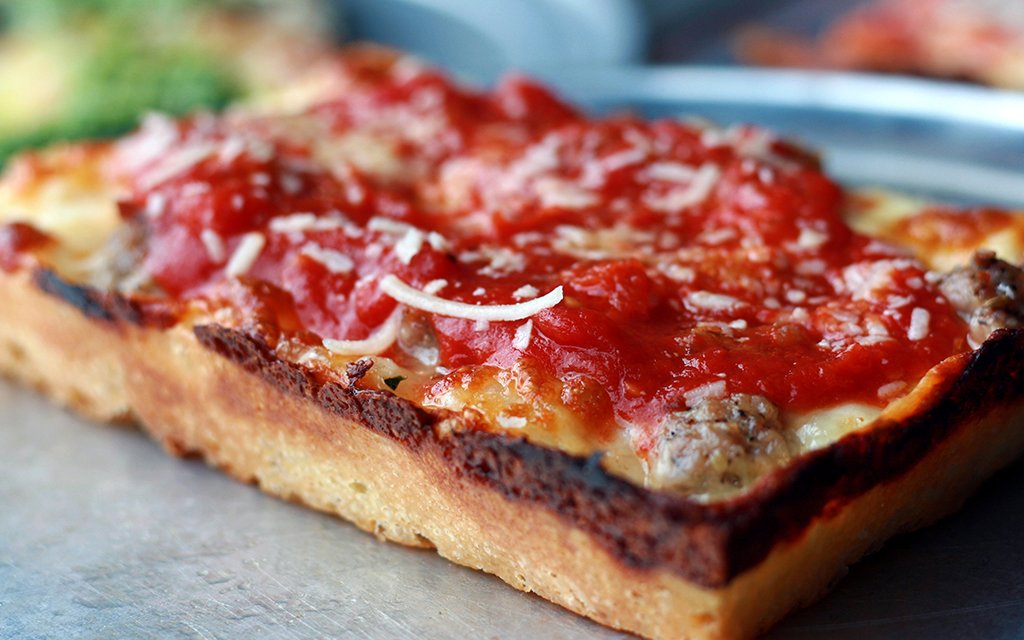 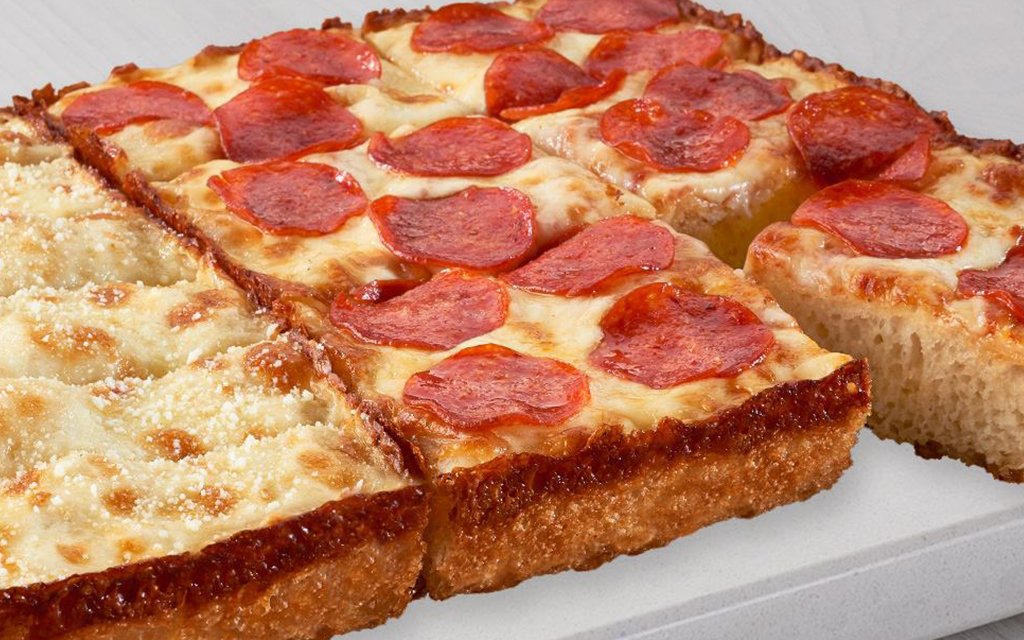 The chain staple with a cult following in the mitten state, Jet’s is your cheap, weeknight go-to for squares, sitting several rungs up the quality ladder compared to your standard mass-produced pizza. The porously bready, buttery caramelized crust is reminiscent of Pequod’s, blanketed with a thick layer of mozzarella and dolloped with tangy tomato sauce. All in all, a solid and super-convenient option with five (soon to be eight) Chicago locations. • www.jetspizza.com

Project Quarantine: Now's the Time to Organize Your Home