Shaped by the land, this may be the geekiest spirit ever released

Waterford's new releases are based around terroir
Waterford
By Kirk Miller

What we’re drinking: Waterford Single Farm Origin Irish Whisky, a new and extremely unique line of single malts (and yes, they spell it “whisky,” while most Irish tipples add the “e”). We recently selected Waterford as one of the best Irish whiskeys of 2021.

Where it’s from: Located on the banks of the river Suir, on Ireland’s sunny southeastern coast, Waterford won the 2021 Icons of Whisky Ireland Awards for both Distiller and Brand Innovator of the Year.

Why we’re drinking this: Because a recent study suggested whisky is influenced by terroir, just like wine. And one of the groups behind that study was Waterford.

The distillery says they’ve sourced barley from six Irish farms and via 19 distinct soil types. Each farmer’s crop is harvested, stored, malted and distilled separately, so every farm’s terroir and microclimate can be analyzed.

A few new releases are coming this month, but we’re looking at the Rathclogh, Dunmore and Dunbell Edition 1.1 bottlings.

Dunbell: Cereal notes and green apple on the nose, with red fruit, ginger and baking spices on the palette and a peppery finish that also leaves the hint of a butterscotch candy.

Dunmore: Raisin and dried fruits on the nose and palate, with licorice, dark chocolate and cloves the dominant notes as you dig in deeper.

Rathclogh: An almost oily mouthfeel with a bit of salinity. Once you sip, there’s candied apple on the palate with vanilla and a bit of cherry. A nice finish, and overall a wonderful, malty mouthfeel.

I’d love to see where these are in a few years (they average under four years maturation), but right now they’re light and lovely Irish whiskies that showcase discernible differences based on the location of where the barley was grown.

Fun fact: Waterford bottles feature a code on the packaging that lets buyers discover “maps, the harvest, the grower, distillation details as well as view the full spectrum of wood.”

An example is Dunbell release. After typing in the number on the label, I now know the grower, farm, harvest/distillation dates, maturation (a bit under 4 years), ABV (50%), soil types, barrel types, production water (volcanic aquifer) and even get a sound clip of the area. And that’s only about a third of the available information.

Where to buy it: You can find various Waterford releases on Flaviar, Caskers and The Whisky Exchange for about $100 per bottle.

Two Stacks Is Putting Irish Whiskey in a Can. Is It Any Good? 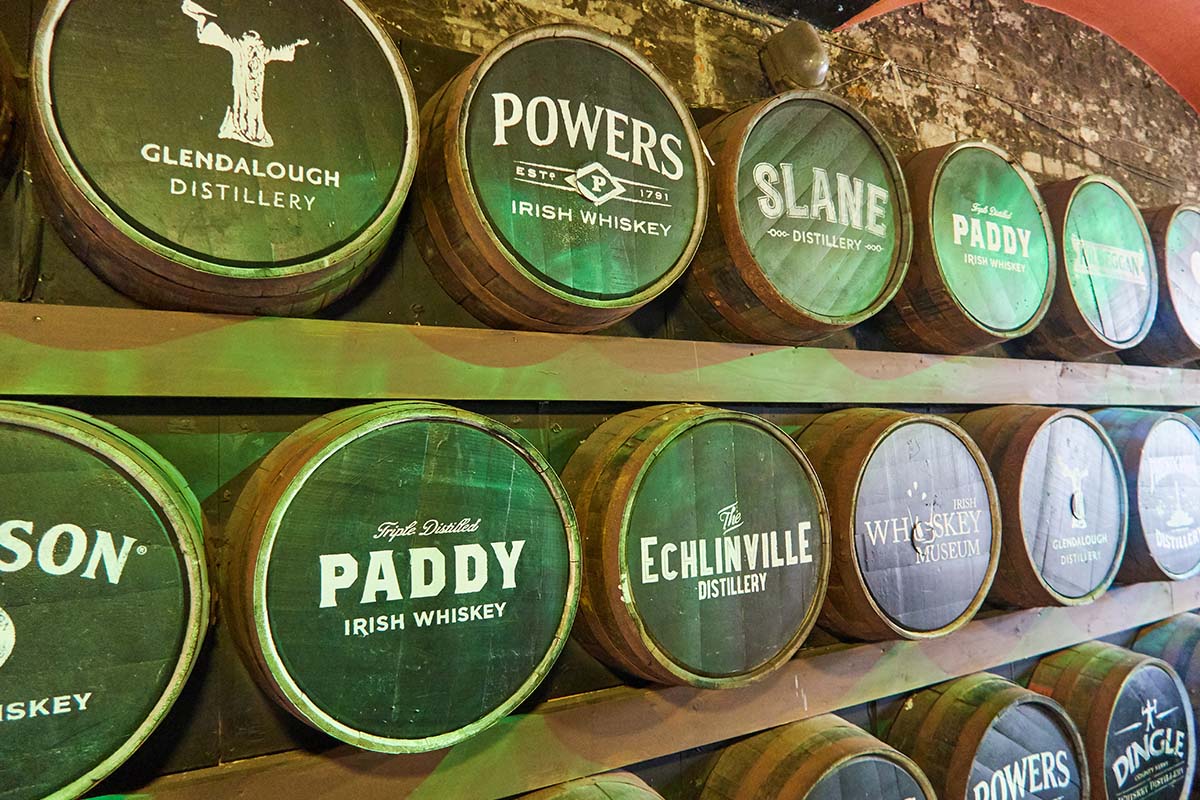 The Best Irish Whiskeys, According to Bourbon Producers
Conor McGregor Has His Own Irish Whiskey. But Is It Any Good?