The Best Cheap Rums, According to Bar Professionals

Our expert bar panel picks the best rums for sipping, making daiquiris and more, all under $30 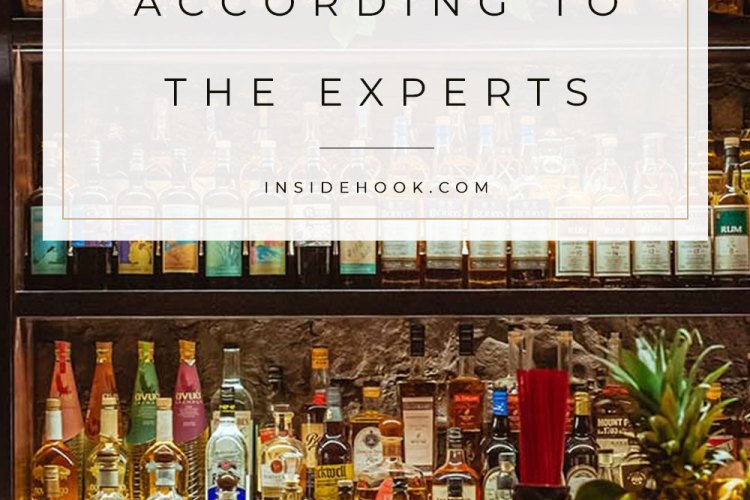 “If you keep on drinking rum, the world will soon be quit of a very dirty scoundrel!” — From Robert Louis Stevenson’s Treasure Island

We’ve come a long way from “yo-ho-ho and a bottle of rum.”

The sugarcane-based spirit is no longer the province of pirates, nor just your mixer with Coke. It’s a fantastically versatile tipple, produced all over the world (although ideally in the Caribbean) and just as complex and interesting as a whiskey or tequila. It’s also fantastic for summer, and particularly great for National Rum Day (August 16th).

To honor the spirit — which dates back to the early 17th century — we asked more than a dozen bar professionals, “What’s the best rum?” And to make it easy for you, we asked ’em to keep their picks below $30. Below, you’ll find their 23 picks, along with how they’d drink their favorite rum in a cocktail (daiquiri, mai tai, neat, etc.).

The all-important test is of course a daiquiri, which it does marvelously, but it’s a great workhorse as well. Smooth and light, while also keeping enough character to not fade into the background — it’s mostly rum from Trinidad and Tobago, blended with a bit of Jamaican. — Robert Rugg-Hinds, Le Boudoir (Brooklyn, NY)

I like it because of its versatility. It has vanilla and baking spice notes that make it great in an Old-Fashioned, but it’s still dry enough to make a delicious daiquiri. — Meaghan Dorman, Dear Irving on Hudson (New York)

I like it because it was created for mixologists by mixologists (specifically, New York mixologist Jim Meehan). I also love the fact that is a blend of five unique rums from five different Island countries — it has the blackstrap molasses of the Jamaican, earthiness of Guyanese, fruitiness of Barbados, bitterness of Batavia Arak from Java and lightness from Trinidad. Makes for a dynamite daiquiri. — Alejandro Cerda, Muse Bar at Kimpton Muse Hotel (New York)

When I’m buying rum for myself, I tend to go for drier options. I really love this Nicaraguan rum; it’s a perfect substitute in a lot of popular tequila drinks, but recently I’ve gotten really into using it in a cocktail called The Bishop, which is rum, red wine and a little lime. — Lorenzo Panella, Antica Pesa (Brooklyn, NY)

I love the Agricole style of rhums, made straight from fresh pressed cane juice. The flavor is slightly funky and grassy, but all rum. This is my favorite for a simple, fresh lime daiquiri, imparting additional flavor from the base spirit. — Kieran Chavez, Boqueria (New York)

El Dorado overdelivers on all of their rums. The 12 year is incredible and reasonably priced, making it great for an upgrade on a stirred cocktail, but really worth the time spent to appreciate it neat or with one cube of ice. It’s worth it. — Kieran Chavez, Boqueria (New York)

It’s a rum I use almost exclusively for its flexibility and adaptability in any cocktail . For my palate, it has a medium-bodied and velvety mouthfeel. For a dry white rum, its finish is surprisingly long but still smooth and fruity, making it a killer companion for a fruit-forward classic like the Piña Colada.— Jeremy Downer, Fish Cheeks (New York)

Goslings Black Seal Rum has rich and well-balanced notes of butterscotch, vanilla and caramel.  I prefer to use it when making a Queen’s Park Swizzle and of course, a Dark ‘n Stormy. In the case of Goslings Gold Seal Rum, I like that it’s robust and yet remarkably soft. I prefer to use it when mixing a Fog Cutter or Rum Swizzle. — Derrick Li, Ozumo (San Francisco)

The Real McCoy sources its rum from veteran fifth-generation distiller Richard Seale of Foursquare Rum Distillery in Barbados. The Real McCoy and Foursquare are benchmarks for quality and high standards in the rum industry. The 5 Year is a blend of pot-still and column-still aged in ex-bourbon casks for five years. It’s beautiful to sip on neat or on the rocks. I’ve also made everything with it from a Daiquiri to a Rum Old Fashioned. It features a round, deep flavor of butterscotch and caramel, baking spice, citrus peel and woody character, all in a perfect balance. — Ray Sakover, The Polynesian (New York)

Oak aging imparts more vanilla and spice onto rum and also makes it a lot smoother to drink or sip. A great after-dinner rum, I like to use it to make a Rum Old Fashioned with habanero bitters and spiced simple syrup. — Bruce Polack, Bardea Food & Drink (Wilmington, DE)

It is a very affordable rum that is solidly made. The silver rum has a light and sweet nose with a medium finish that is slightly spicy and leaves your palate clean and not clingy. If you are not a fan of the overly sweet Jamaican style rum, the Tanduay Silver Asian rum might be an interesting option to get your feet wet. I like to use this in cocktails, such as a daiquiri. — Shawn Chen, RedFarm/Decoy (New York)

Their Silver is a blend of rums from Angostura in Trinidad and then an “undisclosed” distillery in Nicaragua (but you can probably guess what it is). Their Aged is a blend of rums from Panama, Barceló Rum from the Dominican Republic and Foursquare rum from Barbados. The Silver has beautiful floral and vanilla custard notes and is super delicate, while the Aged has an earthy, almost smokey quality to it, with notes of butterscotch and toffee. — Laura Newman, Queen’s Park (Birmingham, AL)

An uber-funky spirit distilled in copper pot stills at Jamaica’s renowned Worthy Park distillery and then finished in Michigan in sherry casks. A gorgeous rum with an unmistakable fingerprint that works beautifully in cocktails. You can practically recognize it from across the room, and I mean that in the best way possible. I love to add a half-ounce to all of my favorite tropical and tiki drinks. It’s truly all that you need in a Mai Tai or Planter’s Punch to make it sing. — Erick Castro, Raised by Wolves (San Diego)

A 7-year-old solera-aged rum originating from the Dominican Republic. It pairs particularly well with cigars. I enjoy it on the rocks, but the antique and smoky hints here work well with cocktails and mojitos. — Omar Romo, Andaz Mayakoba Resort Riviera Maya (Playa del Carmen, Mexico)

From Martinique. It’s crisp, clean and has just enough grassy funk. Perfect for making a normal daiquiri just a little more interesting, and it’s heaven in a split-base frozen daiquiri, as the flavors are able to shine (even when frozen).  — Warren Corazzini, Cork & Kerry (Rockville Centre, NY)

I love this in a Queens Park Swizzle (a sample recipe is here), which takes the idea of a mojito and kicks it up a notch with aged rum, Demerara sugar and aromatic bitters. It’s a perfect crushable cocktail. — Kristina Magro, Lone Wolf (Chicago)

It’s a workhorse in cocktails as a funky rum. Makes great stirred rum cocktails and is even great to shoot. It plays well with other rums too. — Anthony Mitchell, The Revel Room (Chicago)

A real unicorn bottle. Incredible rum that flies under the radar. Excellent in a daiquiri or on its own. — Marlowe Johnson, Flowers of Vietnam (Detroit)

Produced in Trinidad & Tobago, Zaya is an ultra-premium rum comprised of a blend of rare rums aged up to 16 years. On the palate, there are rich notes of vanilla, caramel, cocoa, apple, banana and cherry that give way to a heavy, velvety smooth finish. It’s ideal for sipping on its own or mixing in tiki-style cocktails. — Gil Grosman, Local 92 (New York)

This 63% ABV Jamaican classic is the most versatile of its low-cost, high-proof brethren. It’s got everything you need to jazz up a multi-faceted tiki drink; ripe bananas and apple, heat, funk and a grassiness at the finish that adds a nice elegance. — Kevin Beary, Three Dots and a Dash/The Bamboo Room (Chicago)

I drink Wray & Nephew a fair bit — a hearty dose of overripe bananas and earthy molasses leads the way into this 126 proof Jamaican blend, followed by a fiery wash of caramelized fruit, cloves and candied nuts. — Kevin Beary, Three Dots and a Dash/The Bamboo Room (Chicago)

This is one of the more character-forward Blanc Agricoles. It’s an incredibly rustic production process; they grow all their own sugarcane overlooking the ocean and it’s all pressed onsite, fermented and distilled right away. — Kevin Beary, Three Dots and a Dash/The Bamboo Room (Chicago)

I Idled in an Electric Car for 12 Hours in the Freezing Cold to See What Would Happen
Why the Titans, Packers, Buccaneers and Bills All Lost This Weekend
Anatomy of a Failure: The Demographic Mistargeting That Doomed Scion
How to Make One of the West Coast’s Most Beloved Chicken Sandwiches at Home
Playboy and the Problematic Appeal of the Girl Next Door
Remembering Gene Simmons’ Contentious Interview with Terry Gross, 20 Years Later

Q&A: Al Sharpton on Three-Piece Suits and the Tao of James Brown
The Secrets of a Secret Hotel Shopper
The Complicated Legacy of “Shortbus,” The Sex-Club Cult Film With a Heart of Gold
Athletic Brewing's Non-Alcoholic Beer Is Leading a Sober Revolution
Stuff We Swear By: Every Kitchen Should Have a Pack of Stasher Storage Bags
Taylor Stitch's "Coldweather Clearout" Can Save Your Winter Wardrobe
TASCHEN's Semiannual Sale Means It's the Best Day for Your Coffee Table
The 15 Best Pieces of Lingerie to Gift This Valentine’s Day
"White Whiskey" Proves That Age Is Sometimes Just a Number