How Hanif Abdurraqib Is Celebrating — and Redefining — Black Performance

The poet, essayist, cultural critic and podcaster on his new book, “A Little Devil in America: Notes in Praise of Black Performance"

Hanif Abdurraqib didn’t initially set out to write a book about Black performance.

The poet, essayist and cultural critic — whose previous works include They Can’t Kill Us Until They Kill Us and Go Ahead in the Rain: Notes on A Tribe Called Quest — already had a draft of a book about “the appropriation and transformation of legacies” in the works when Toni Morrison died in 2019, and her death inspired him to take things in a different direction. (Of course, the history of Black performance in America has plenty to do with appropriation and transformation of legacies and, as Abdurraqib recently wrote in The Guardian, “the US’s obsession with forgetting and reframing its histories, in the hopes that it will never be found out.”) But it wasn’t until he began writing about Whitney Houston that he felt a clear sense of direction.

“There’s an essay that opens the book that is about dance marathons and Soul Train, and the way that partnership can be kind of propulsive on dance floors and otherwise, and that essay was at one point braided into another essay about Whitney Houston and Whitney Houston’s inability to dance — or to dance well, some would say,” he explains. “I was working with my editor, Maya Millett, who is brilliant. She told me that both of those essays deserve their own space and that I was maybe trying to fit too many people’s legacies into singular bits of work when they deserve more … That really unlocked something for me. It gave me this feeling that I could pursue the telling of these stories with real generosity.”

That generosity runs through A Little Devil in America: Notes in Praise of Black Performance (out now via Random House), which tackles everything from Beyoncé at the Super Bowl to the space-disco of Labelle and the 1963 speech by Josephine Baker at the March on Washington from which the book takes its name. (“I was a devil in other countries, and I was a little devil in America, too.”)

“It makes me think always about people reclaiming their history for themselves and people reminding the world, particularly as time passes, that they were not who is the person in front of you always,” Abdurraqib says. “I feel like that’s important, and I feel like that quote also speaks to the history of Black music and Black performance in America. It’s something that’s seen as tempting, but also a little evil.”

But in addition to performance in the more traditional sense, Abdurraqib also uses A Little Devil in America to explore the different types of performance that are a part of everyday life in Black culture, from code-switching to the pageantry of Black funerals — treated more as celebrations of life than somber affairs — weaving in his personal experiences growing up in Columbus, Ohio.

“Part of the reason why I tried to expose those performances in the book is because I believe my parents to have performed when they went to jobs they didn’t love and maintained those jobs despite not loving them because they were doing the work of upholding a family,” he explains. “These are the people in the neighborhoods that I lived in, all Black working-class folks who were trying to kind of carve away at a little bit of what felt like heaven for them outside of the scope of a workplace that often dehumanized them, but they had to go to that place and perform.”

Finding that slice of heaven outside of environments that so often treat Black people as less-than can be bittersweet, and it can happen at places that may be unexpected for those who didn’t grow up with it — like at the jubilant, eight-hour funeral for Aretha Franklin, which Abdurraqib writes about in A Little Devil in America. In many ways, an epic send-off like the Queen of Soul’s serves as a metaphor for what it is to be Black in America, honoring too-often-forgotten legacies and finding moments of joy in the face of anguish and oppression.

“Grief is something that I’ve learned can be a container for a lot of gratitude or a lot of joy, or a lot of exuberance in the name of someone who was loved and then left behind a great many people who loved them and who learned from them and who have lives enhanced by their presence,” Abdurraqib says. “I think that while working on this book specifically, I was kind of weighing and balancing out my own layered and somewhat complex thoughts on what grief is and what the future of grief could be for me as someone who has felt a lot of it and has been immersed in a lot of it. I am almost required to not only feel the weight of it as something that holds me down. I also need to be held up by it.”

We’ve all experienced our fair share of grief recently, thanks to the COVID-19 pandemic, and after more than a year in isolation, we’re all desperate for new ways to connect to each other. Oftentimes it can be something as simple as sharing a playlist and turning someone on to a piece of music — something that became a bit of a passion project for Abdurraqib and eventually evolved into his website 68 to 05, where he puts together a playlist for every year between 1968 and 2005. Eventually, he decided to expand it, turning it into a treasure trove of old magazine covers and live performances from each year and publishing essays from other writers on their favorite albums.

“As I committed to making every playlist between 1968 and 2005, I was looking for an online place that can be a home for these so people can go and check them out, but then it felt very self-serving to just have a hub for my own playlists,” he says. “I think what I was really invested in was this feeling of wanting to read people talking about things they were excited about … So if a person is like, ‘I really love this album from 1993, and I don’t really have any place to talk about it, but I want to talk about it,’ I want to hear that.”

“I’m just one person running it, and so I wish I could do more because I think that I am always excited about reading people’s investments in songs, but with any luck, I’ll be able to expand a bit as I have more time,” he adds. “My favorite part of the site is the essays. For me, that’s the most exciting. The playlists are fun, and it’s great to make them, and I’m glad that people have them as a listening point, but the essays are what really brings me back.”

Any diehard music fan can relate to that feeling of connecting with someone over shared enthusiasm for a particular album or song, and Abdurraqib’s love for music of all kinds — passed on to him from his parents — runs deep and touches all of his work, regardless of the medium.

“My parents listened and sang along with things and drummed on steering wheels and hummed along with whatever was playing,” he recalls. “So I’d not only picked up an understanding of music, but what I think doesn’t get talked about a lot is I picked up an enjoyment of music, like visibly, a visible and visceral, palpable enjoyment of music as it manifested itself through people I love. It’s one thing to grow up in a house where music is playing on a low hum in the background, but it’s another thing to grow up in a house where you can see how music is impacting and affecting the people you love, and through that love wanting to reach the same or a similar level of affection in that… I saw how music lived in the bodies of people I cared about, and I wanted to feel that too. I wanted to understand that too. I wanted to bring myself closer to that kind of ecstasy, and that is what informed my pursuit of music and excitement about music more than almost anything else.”

These days, he does his best to pass that excitement on to others with his Object of Sound podcast. Each episode features a themed playlist (everything from “Songs That Came Out in the Last 12 Months That Helped Propel Me to Something Better” to “Artists Who Were Nominated for Best New Artist at the Grammys But Didn’t Win”) as well as an interview segment with a single guest. He shies away from the typical press-cycle questions pegged to the release of a new album and instead asks guests to join him on a deep dive into the week’s theme. Recent guests have included Moses Sumney, Wilco’s Jeff Tweedy and The National’s Matt Berninger.

“I always wanted to be a college radio DJ,” Abdurraqib says with a laugh. “I wanted to be someone who had a radio show in the very corniest possible sense, someone playing the hits or whatever … I really want this to feel like every week I can introduce some songs to people or talk about some songs, like set up a theme, walk people through that scene by way of interview and use that to feel like I’m building a world … I’m building a world that people can immerse themselves in, and I know that.”

That book about legacies he initially started drafting technically never saw the light of day, but it lives on in A Little Devil in America through chapters like “I Would Like To Give Merry Clayton Her Roses,” and ultimately singing the praises of musicians whose work has moved him is what motivates Abdurraqib.

“I do like to give people their flowers in real time with real-time language,” he says. “Because I’m so involved with the guest selection process, it gives me a real moment to say ‘thank you for what you do, and I really appreciate you, and your work has improved my life.’” 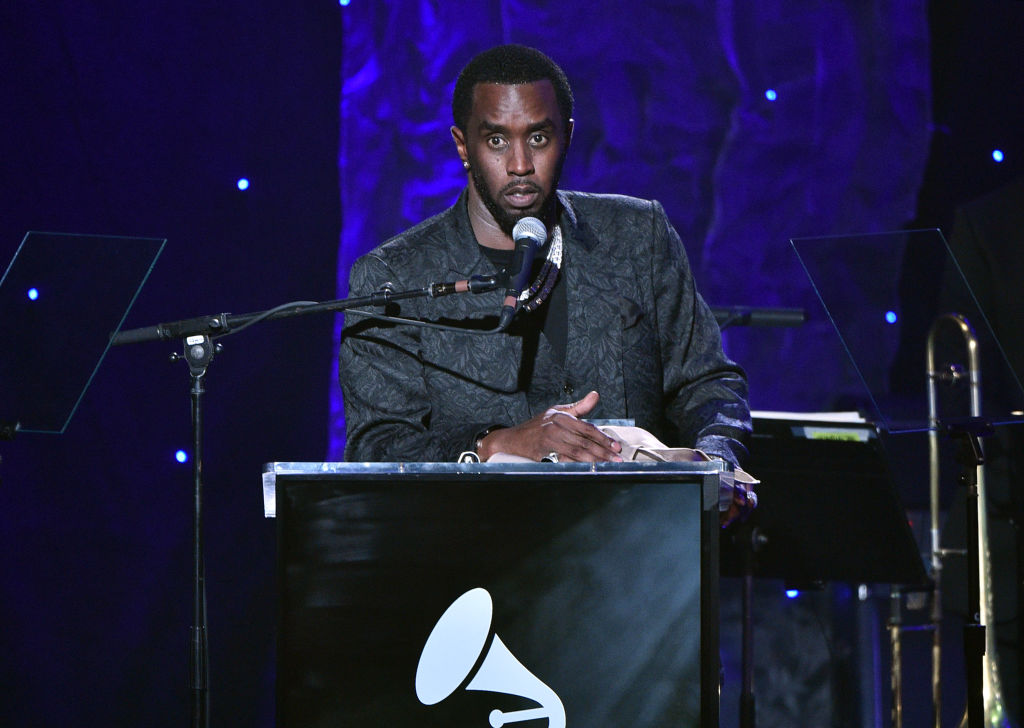 Diddy Calls Out Recording Academy: “Black Music Has Never Been Respected by the Grammys” 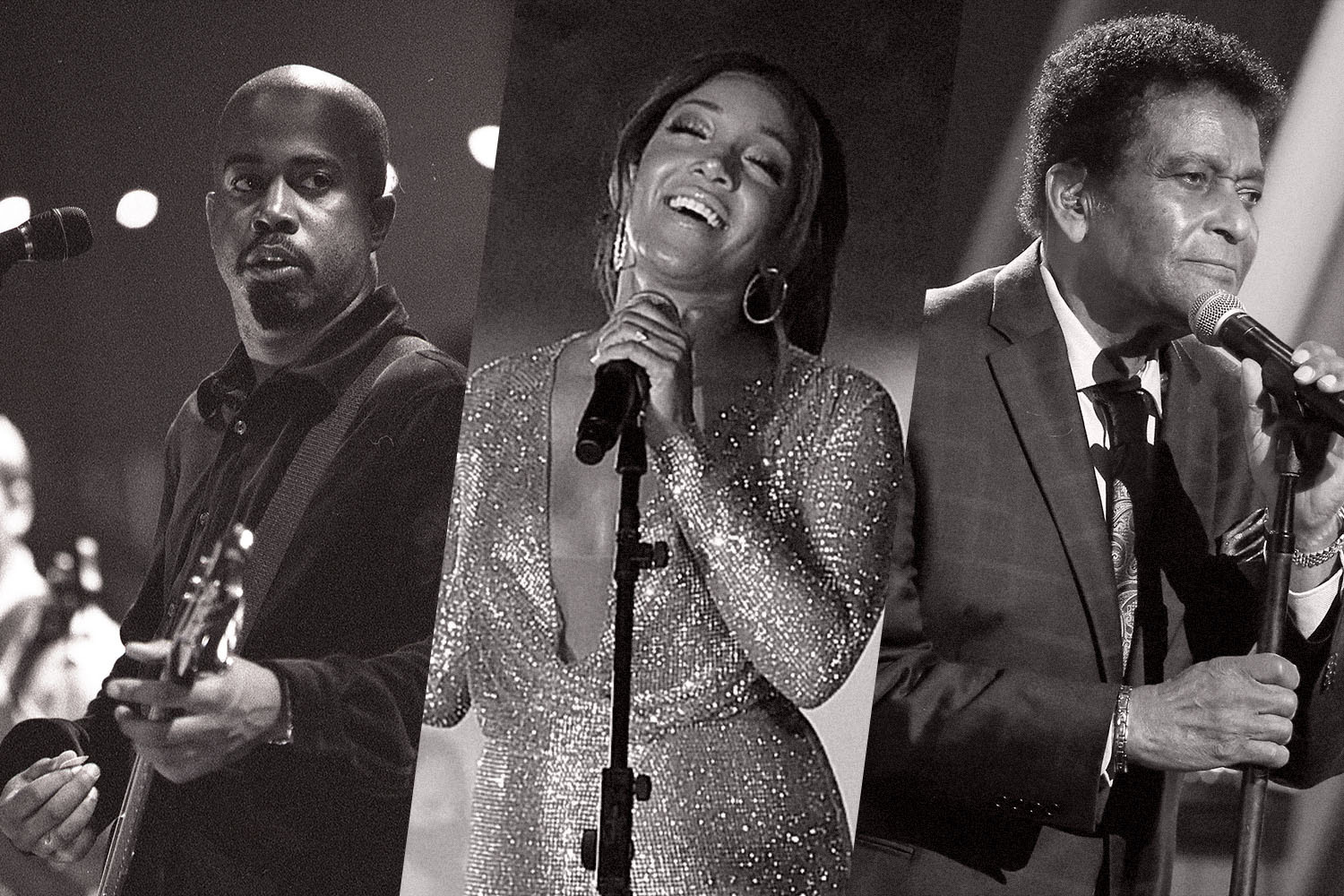 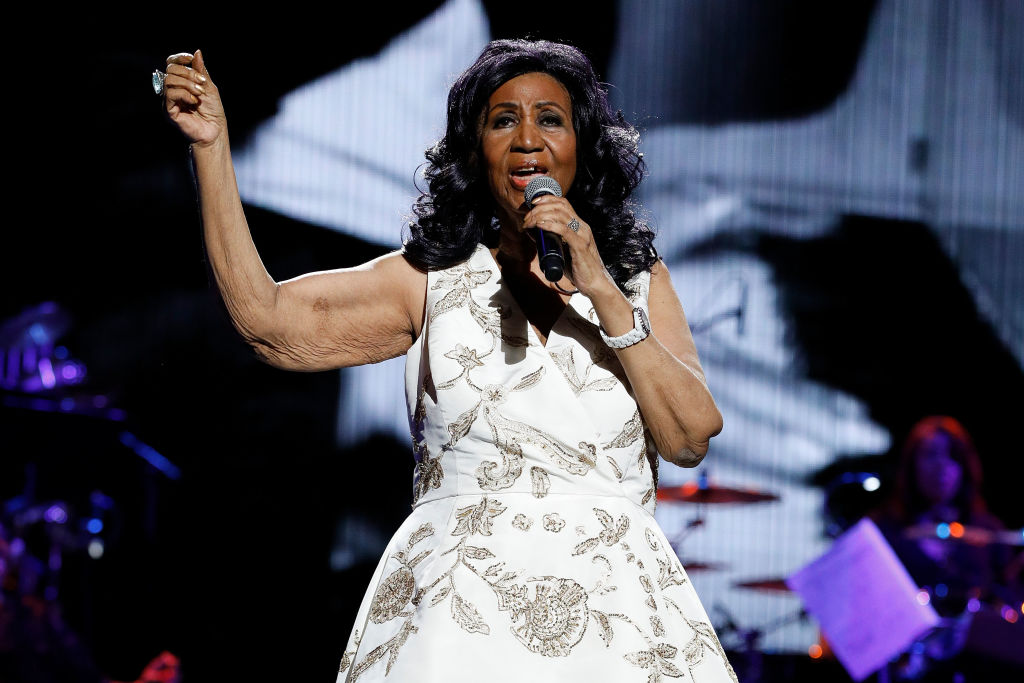 Aretha Franklin, The Queen of Soul, Dies at 76