Even the rich and famous are getting stir-crazy 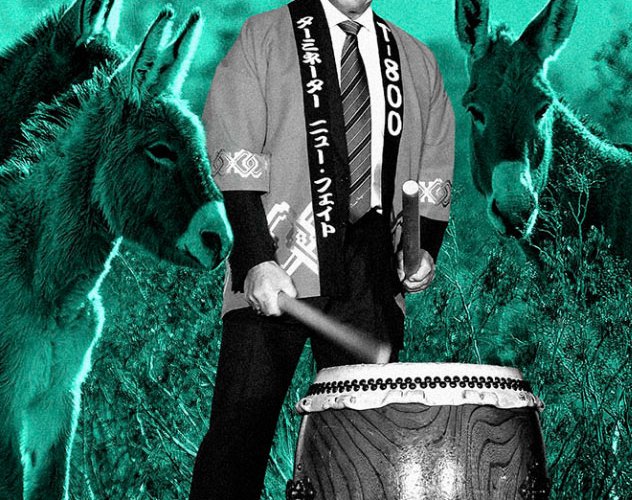 It started innocently enough, with the hand-washing videos. Taking advantage of their huge follower counts, celebrities concerned about the spread of COVID-19 began taking to social media to post videos of themselves washing their hands for the CDC-recommended 20 seconds, often while singing a snippet of a song. The Killers’ Brandon Flowers, naturally, scrubbed while singing “Mr. Brightside.” Gloria Gaynor grooved to “I Will Survive” while washing. The videos were hokey, but they included an important, straightforward message about hygiene during a public health crisis.

But as the virus spread to a point where most Americans are now homebound and practicing social distancing, the social media posts from celebrities about coronavirus have grown increasingly (and in some cases, delightfully) weird. It makes sense when you think about it: we’re all going stir-crazy in self-isolation. Why wouldn’t bored famous people stuck at home — particularly those who have gotten used to receiving a certain amount of attention on a daily basis —start losing it too?

John Legend opened his recent #TogetherAtHome concert from his home on Instagram Live by saying, “As promised, I am pantsless. I have a robe on and no pants. But I do have underwear on, in case you’re curious.” Kristin Chenoweth ran around her house belting out high notes while furiously scrubbing every door handle and faucet within reach.

As new restrictions about public gatherings began being put into place across the nation, the Governator himself Arnold Schwarzenegger took to Twitter to remind us all to stay inside with a wonderfully chaotic video of himself feeding carrots to a pony and a donkey while giving them noogies. “That’s what we do,” he says matter-of-factly, as if the rest of us also have multiple equine species in our kitchens. “We don’t go out, we don’t go to restaurants anymore, we don’t do anything like that anymore here.”

Matthew McConaughey gave us all a pep talk as only he can, with the same philosophical intensity of his Oscars acceptance speech. “We have an enemy in the coronavirus that is faceless, that is raceless, sexless, non-denominational and bipartisan, and it’s an enemy we all agree we’re gonna beat,” he said, almost never blinking. “There is a green light on the other side of this red light we’re in right now, and I believe that green light is gonna be built upon the values that we can enact right now. Values of fairness, kindness, accountability, resilience, respect, courage…if we practice those things right now, when we get out of this, this virus, this time might be the one time that brings us all together and unifies us like we have not been in a long time.” Then, of course, for good measure, he closed with a wink and his catchphrase: “Just keep livin’.”

January Jones opted for a, uh, different approach. Sporting a face mask and a glamorous rainbow caftan, she walked her followers through the detox bath she swears by, dumping a truly absurd amount of stuff into the water, including an entire carton of baking soda (“they should have that left,” she wearily tells the camera, alluding to the toilet paper and hand sanitizer shortages sweeping the nation), apple cider vinegar and an entire pound of salt. “It’s like human stew,” she says. Don’t you feel more relaxed already?

Of course, being quarantined in a mansion where you’ve got access to ponies and pounds of salt is a little different than what the rest of us are going through right now, and while they share the same boredom and anxiety we’re all experiencing, the celebs are not, in fact, just like us. This was painfully obvious with the now-viral clip posted by Gal Gadot a few days ago featuring the actress and her famous friends singing John Lennon’s “Imagine.”

It’s cringe-inducing for so many reasons: Who exactly did they think wanted this? Why do some look so impressed with themselves and their vocals while others look like they would rather catch coronavirus than be participating in this trainwreck? Why are all these multi-millionaires imploring us to “imagine no possessions” — and instead of singing a bunch of cliches at us, why can’t they donate some cash to the countless Americans who are now suddenly out of work because of the virus?

It’s woefully tone-deaf, but at least it’s not actively hurting anyone. The same can’t be said for some recent celebrity social media posts questioning whether or not we’re all overreacting about this whole pandemic thing. Vanessa Hudgens caught heat recently for going on Instagram Live and questioning whether social distancing until the summer will actually do any good.

“‘Til July sounds like a bunch of bullshit, I’m sorry,” she said. “But like, it’s a virus, I get it, like, I respect it, but at the same time, like, even if everybody gets it, like, yeah, people are gonna die. Which is terrible, but like, inevitable?” Then, as if struck by the profound stupidity of what she just said, she quickly added, “I don’t know. Maybe I shouldn’t be doing this right now” a little too late.

Not to be outdone, Evangeline Lilly posted on Instagram that she won’t self-quarantine because “Some people value their lives over freedom, some people value freedom over their lives. We all make our choices.” Of course, the thing is, no one is choosing to catch coronavirus from Evangeline Lilly, but her dumbass galavanting around town could lead to an elderly or immunocompromised person getting sick and losing their freedom — or even their life. (The saddest part in all this is that Lilly revealed she’s currently living with her father, who has stage 4 leukemia and would certainly have a hard time recovering if she were to inadvertently pass the virus onto him.)

Besides being a threat to public health, celebrity comments like these really highlight just how much more entertaining the weird ones are — and lord knows we could all use as much entertainment as we can get these days. Give me Debbie Allen declaring, “COVID-19 does not like heat, so let’s bring in the heat!” while teaching fans FAME choreography on Instagram Live. Give me “Quar Eye,” Queer Eye‘s Antoni Porowski’s quarantine-themed series of Instagram tutorials in which he cooks with leftovers or limited ingredients while wearing muscle shirts. Give me Cardi B demanding answers from the Pentagon while inexplicably eating a salad with her fingers.

Or, perhaps most importantly in the wake of “what’s the big deal?” posts from the likes of Hudgens and Lilly, give me JoJo’s hilarious coronavirus-themed version of her 2004 hit “Leave (Get Out),” which she has dubbed “Chill (Stay In).” “Stay in, right now, do it for humanity,” she implores us. (Other sample lyrics include “So you gon’ learn how to cook now and practice good hygiene” and “I wanted you right here with me/But it’s a fucking quarantine/And you know I’m horny/But let’s heed the warnings.”)

It’s exactly what we need from celebrities in this moment: something that takes advantage of their massive platform to inform the public while also still being goofy, entertaining and — most importantly — self-aware. Imagine that.