The return of "Fargo" and "Curb," John Malkovich as the pope and Al Pacino hunting nazis. Let's review.

A new year means new TV, whether it’s old favorites returning from their midseason holiday break or the debut of exciting new programming. There’s plenty to look forward to in 2020, from standbys like The Good Place, Schitt’s Creek and Homeland taking their final bows to fresh, delightfully weird concepts like John Malkovich in a pope hat and Al Pacino hunting Nazis. We’ve compiled everything worth checking out below. Set your DVRs accordingly.

This three-night event, which kicked off Thursday with two hour-long episodes, examines the aftermath of Surviving R. Kelly part one, including the new criminal charges filed against the singer and the threats he allegedly sent to survivors and witnesses after the airing of the docuseries in January 2019.

Jeopardy!: The Greatest of All Time

Forget the Tournament of Champions. It all comes down to this, one battle royale of Jeopardy! legends, to determine the greatest contestant in the show’s history. Will it be James Holzhauer, Brad Rutter or Ken Jennings?

Schitt’s Creek kicks off its sixth and final season on Tuesday, and while it’ll be sad to see the Rose family go, take comfort in the fact that this was always the plan. “We are so grateful to have been given the time and creative freedom to tell this story in its totality, concluding with a final chapter that we had envisioned from the very beginning,” co-creator and star Dan Levy told The Hollywood Reporter.

The Good Place enters its home stretch this month, airing its final batch of episodes before its 90-minute series finale on Jan. 30. With Chidi awake and aware that Eleanor is the answer, will the Soul Squad finally be able to save humanity once and for all?

The folks that brought you Childrens Hospital are back, this time spoofing medical dramas and police procedurals all at once. Doctors Owen Maestro and Lola Spratt leave Childrens Hospital and join a secret arm of the CDC, becoming … cop doctors? Doctor cops? They haven’t exactly figured out a good name yet.

This adaptation of the Stephen King novel of the same name starts out like a straightforward murder mystery about the gruesome death of an 11-year-old boy. But this is Stephen King, so naturally, some weird supernatural stuff that we won’t spoil for you throws a wrench in the investigation. The limited series stars Jason Bateman, Ben Mendelsohn and Cynthia Erivo.

When we last left the Pearson family at the end of their fall finale, Rebecca was coping with what appears to be early-onset dementia while Kevin decides he wants to be married with a kid by the time he’s 40 (never mind the fact that in this timeline he’s currently 39 and single). A flash-forward with a reference to a pregnant fiancée seems to indicate he accomplished this goal, but it also reveals Rebecca’s rapidly deteriorating. We don’t know what’ll happen next, but if one thing’s for sure: it’s gonna be sad.

If you haven’t watched Netflix’s charming and surprisingly groundbreaking Sex Education, you’ve got a little over two weeks to catch up in time for Season 2. Is there hope yet for Otis and Maeve? Is Adam really being shipped off to military school? Will there be another excellent Ezra Furman-centric soundtrack to this season? We’re dying to find out.

The immigrant experience in this country is obviously unique to every person who makes the decision to pack up and move here, and with Little America, Kumail Nanjiani (The Big Sick) and Alan Yang (Master of None) seek to tell some of those stories. The eight-part anthology series focuses on different characters from different parts of the world, all adjusting to a new life in America.

Our favorite social assassin Larry David is back to his old tricks, delivering harsh truths like “it’s hard to take a person seriously wearing shorts” and making everyone in his life miserable (though, sadly, presumably not Marty Funkhouser, as actor Bob Einstein died last year). He’s also joined by plenty of guest stars, including Jon Hamm and Wilco’s Jeff Tweedy. Pretty, prettayyyy good if we do say so.

Awkwafina Is Nora From Queens

Awkwafina stars as Nora, a 20-something fictionalized version of herself who lives at home in Queens, in this new Comedy Central series. That alone should be enough of a selling point, but in case it’s not, the show also boasts a stacked cast that includes BD Wong as her father, Orange is the New Black‘s Lori Tan Chinn as her grandmother and Saturday Night Live‘s Bowen Yang as her cousin.

As you might have guessed from the title, Star Trek: Picard sees Patrick Stewart reprising his role as Captain Jean-Luc Picard. It’s reportedly set at the end of the 24th century, 20 years after the events of Star Trek: Nemesis.

As Aidy Bryant’s Annie declares in the trailer for Shrill‘s second season, she’s “shaking shit up a little.” Having just quit her job and cleared the air with her mom, she’s learning to assert herself, but as Hulu’s synopsis for the eight-episode season warns, “it’s not as easy as she thought to get what she always imagined she wanted.”

Ted Bundy: Falling for a Killer

There’s been an onslaught of Ted Bundy content lately, from Netflix’s Conversations with a Killer: The Ted Bundy Tapes documentary to the Zac Efron-starring Extremely Wicked, Shockingly Evil and Vile. But Amazon’s new docuseries offers a new perspective on the serial killer’s horrific crimes, with Bundy’s long-term girlfriend Elizabeth Kendall, her daughter Molly and other survivors coming forward with their stories for the first time.

Brooklyn Nine-Nine ended on a cliffhanger last year, and when Season 7 premieres in February, we’ll find out how Captain Holt is handling his demotion to a uniformed patrolman. And you don’t need to worry about the show being saved from cancellation again: it’s already been renewed for an eighth season.

The eighth and final season of sees Carrie Mathison (Claire Danes) recovering from months of confinement in a Russian gulag and en route to Afghanistan. As one synopsis reads, “Kabul teams with warlords and mercenaries, zealots and spies — and Saul needs the relationships and expertise that only his protégé can provide. Against medical advice, Saul asks Carrie to walk with him into the lion’s den – one last time.”

If the trailer is any indication, this gender-swapped version of the classic Nick Hornby novel/John Cusack movie sticks pretty close to the source material, from Top 5 lists all the way down to the costuming. (Does that sunglasses-and-Dickies-shirt ensemble look familiar?) But how will the toxic masculinity of a character like Rob Gordon come off when it’s reimagined for a female actress (Zoe Kravitz, whose mother Lisa Bonet played Marie De Salle in the original)? That remains to be seen.

Bob Odenkirk has earned an Emmy nomination for every season of Better Call Saul so far; will he keep the streak going with Season 5? As for what fans can expect from the Breaking Bad spinoff this year, co-creator Peter Gould told EW, “The question is: how does he establish a reputation as not just a criminal lawyer but a criminal lawyer? And what does that mean to him at this point? Because situations may require him to do things and turn a blind eye to things that Jimmy McGill would not be able to stomach.”

Created by and starring Jason Segel, this new anthology series also features appearances by Sally Field, Andre 3000 and Richard E. Grant. According to AMC’s description, the series follows four people who “stumble onto a puzzle hiding just behind the veil of everyday life. As they begin to accept the mysterious Dispatches from Elsewhere challenges, they come to find that the mystery winds deeper than they imagined, and their eyes are opened to a world of possibility and magic.”

Not much is known so far about the fourth installment of Noah Hawley’s popular anthology series, other than it’s set in the world of organized crime in 1950s Kansas City. But the cast alone — which includes Chris Rock, Timothy Olyphant, Uzo Aduba, Jason Schwartzman, Ben Whishaw and musician Andrew Bird — makes this one worth tuning into.

This limited series about the 1970s push to ratify the Equal Rights Amendment — the main clause of which reads, “Equality of rights under the law shall not be denied or abridged by the United States or by any State on account of sex” — feels eerily timely when you consider that it may actually be ratified in the near future, more than four decades after it was passed by Congress. It stars Rose Byrne as Gloria Steinem, Uzo Aduba as Shirley Chisholm, Margo Martindale as Bella Abzug and Cate Blanchett as their opponent, conservative activist Phyllis Schlafly.

The elevator pitch on this one — “Al Pacino hunts Nazis” — is enough to sell us, but if the legendary actor hunting down former members of the Third Reich in 1970s New York isn’t a big enough draw for you, perhaps this is: Jordan Peele (Us, Get Out) serves as executive producer.

Sian Clifford and Matthew Macfadyen are responsible for some of the most scene-stealing performances of 2019 (on Fleabag and Succession, respectively), and this year we get to see them join forces in a new AMC limited series. Quiz features the two actors as Diana and Charles Ingram, an English couple accused of cheating to win a million-pound prize on Who Wants to Be A Millionaire? in 2001. 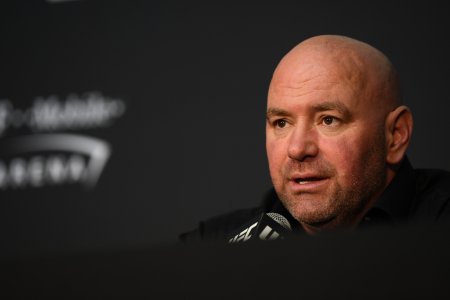