Behind the Scenes of "Paternal," An Essential Podcast About Being a Dad in 2020

Firchau discusses the project he launched back in 2017 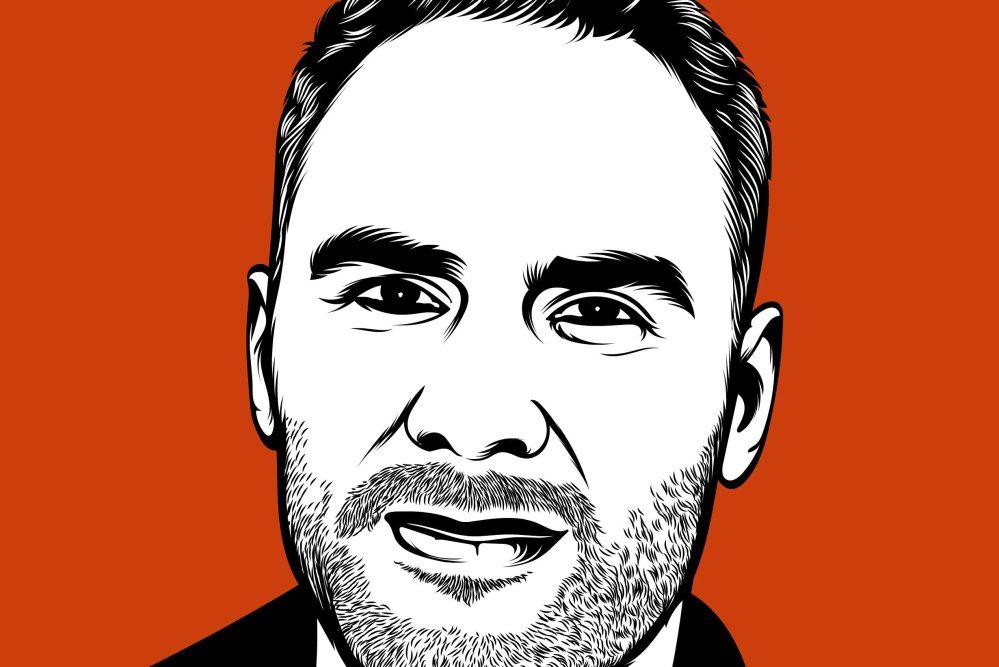 Fatherhood is a full-time job that doesn’t come with an employee manual. As such, being a dad is something many men struggle with. But even though that struggle is perfectly normal, it isn’t something most guys want to talk about, especially to each other.

Nick Firchau, a Colorado-based father of two, set out to ease that pain point when he launched the podcast Paternal in 2017.

“You’re deeply unqualified for some of the jobs that you’re about to take on as a father. Or at least you don’t have the experience,” the 41-year-old tells InsideHook. “You’re not a dad one day and the next day it’s on. You’ve kind of got to figure it out as you go. Unfortunately, men aren’t great at commiserating and communicating about seeking help or expressing where they feel like they’re coming up short. So that was one of the reasons why we did it.”

For Paternal, which is now in its fourth season, Firchau has had conversations with journalists, authors, pro athletes, activists, psychologists and sometimes just regular guys about their experience as dads. Topics have included everything from gay dads and the cloud of opioid addiction to transgender kids and what it’s like to be the white father of adopted Black children in America.

“When we first launched it, I leaned on a couple of friends of mine I knew had interesting stories and would sit down for an interview,” Firchau says. “I just wanted somebody else’s perspective on fatherhood. Then, just like with anything else, we developed some traction and some established credibility and could reach out to leading psychologists, athletes and others if they had a good story. Usually, the common thread is that the guy has written about, talked about or I’ve heard from him about his role as a father. It’s not just every random guy; it’s people who have really considered fatherhood and are willing to talk about it.”

Though the podcast inherently offers some anecdotal parenting advice, the point of Paternal is just to provide dads with an unfiltered resource where they can hear what other dads are experiencing.

“We definitely don’t cover, ‘Here are 10 tips on how to get a kid to sleep at night.’ No way, because I never found that stuff helpful. I would rather hear somebody really expressing how they’re getting through it, warts and insecurities and fears and all,” Firchau says. “Then, I see what I can take from it and apply it to my life. If I’m listening to a story about a guy raising a kid in whatever circumstance and he’s struggling with, my brain can process that and apply it to my life better than if I was reading a book. I just took a bet that there were other guys like me who might want to hear those stories. There is no one way to be a man. There is no one way to be a father. And I think people have picked that up from the show. They got it.”

Though Firchau’s bet was correct, it turns out it isn’t just men who have been interesting in hearing the stories Paternal has been able to tell.

“It hasn’t just been men listening to it and thankfully so. We get a lot of feedback from women who say, ‘I’ve never heard this kind of show because I just never hear men talk like this. My husband doesn’t talk like this. My boyfriend doesn’t have these conversations,’ etc,” Firchau says. “Women will hear it and pass it along to their husband. Listeners have never heard two guys talk about this stuff. Men and women. That’s resonated pretty well.”

Though Firchau has picked up female listeners, he has not had a woman as a guest on his show — yet.

“I’ve definitely considered how to do that, but we’ve only talked to men,” he says. “It’s not like we explicitly say, ‘We’re not going to have women on the show.’ That’s ridiculous. In the future, I think we could probably get to a conversation with a woman. I just haven’t figured out exactly who the first one would be and how we would navigate it.”

Among the male guests he’s hosted, though, Firchau has made an effort to make his selections as diverse as possible.

“Ultimately, we try to get as many different guys as we can, but we can always do better. We can always get different experiences and more diverse backgrounds,” he says. “There are so many different ways that men can be separated from one another — race, sexuality, political affiliation, social class, education, location, whatever. But if you’re trying to be a good dad or you’re still dealing with stuff as a son that your dad passed to you, there’s always going to be common currency among two men, regardless of what their backgrounds might be. They’re all connected by some sense of fatherhood or being a son. We’ve tried to showcase that.”