“The show must go on” is one of the cardinal rules in entertainment, but in light of the bombshell allegations of sexual misconduct, voting irregularities and conflicts of interest raised by ousted Recording Academy CEO Deborah Dugan, it’s almost impossible to fathom that the Grammys will go on as usual on Sunday night.

Dugan was put on administrative leave just 10 days before the awards show. The Academy claims she was bullying the executive assistant she inherited from controversial former CEO Neil Portnow. She claims she was pushed out after raising concerns with HR over, among other things, a “boys’ club” environment, an incident in which she was sexually harassed by Joel Katz — the Academy’s general legal counsel — and an allegation of rape against Portnow by a female recording artist. (Portnow has denied the allegation, calling it “ludicrous and untrue.”)

The optics of Dugan, the Recording Academy’s first female president (who also, by the way, alleges that she was paid less than her male predecessors and was asked to hire Portnow as a “consultant” for $750,000 a year) being forced out while the Academy apparently remains loyal to Portnow are not great. The rape allegation is just the latest instance of Portnow’s questionable history with women; he resigned after catching heat in 2018 for saying that female artists needed to “step up” if they wanted to be considered for awards.

With all that in mind, what does this mean for Sunday night’s show? Champagne Billecart-Salmon has already pulled its sponsorship of the ceremony in solidarity with Dugan, and there’ll be an enormous elephant in the room whether the Academy chooses to acknowledge it or not. With the show airing on live TV and the possibility that an artist performing or presenting might speak out in support of her, it’s in the Grammys’ best interest to address the controversy — and address it early.

Of course, opening the show with some sort of grave statement about Dugan’s allegations doesn’t exactly fit with the tone of “music’s biggest night,” and it puts pressure on the evening’s performers to somehow cheerily follow a rape claim. It’s highly unlikely the Academy will go this route; if they address the situation at all, it makes the most sense for it to happen during interim president and CEO Harvey Mason Jr.’s speech.

Mason Jr. should get up there and explain the Academy’s voting process. (Among Dugan’s claims is the allegation that a song that was ranked 18th out of 20 wound up receiving a Song of the Year nomination because the artist behind the track was on the committee that decided the nominees.) The Academy has a lot to answer for, and he should seize the opportunity to outline the changes being implemented and the work being done to ensure that all artists — particularly those who happen to be women or people of color — have an equal shot at earning a nomination.

He could also point to the Recording Academy Task Force for Diversity and Inclusion, founded in the wake of Portnow’s “step up” comments. The group issued a lengthy statement (which you can read in its entirety here) expressing its “shock and dismay” over Dugan’s claims and calling for the immediate implementation of its recommendations, including more diverse committees with equal numbers of men and women, ranked-choice voting for the “Big Four” categories, the hiring of a dedicated diversity and inclusion officer at the executive level, and changes to the election system for the board of trustees. How powerful would it be to bring the members of the task force onstage to announce that, in response to Dugan’s allegations, the Academy is embracing systemic change?

Sadly, the most likely scenario is that the Grammys will go on as if nothing has happened. After all, this is the institution that invited Chris Brown back to perform (twice!) and awarded him Best R&B Album in 2012, just three years after he was arrested and charged with felony assault for beating Rihanna. But what is painfully obvious is that, even if they choose to ignore it, there will be a dark cloud hanging over this year’s ceremony. Only time will tell if the Recording Academy will step up and address it. 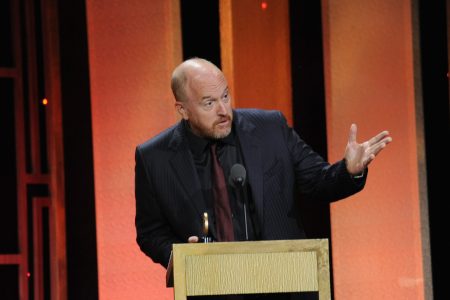 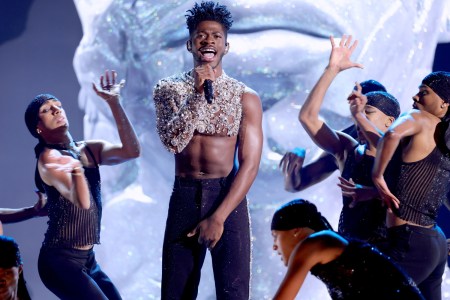 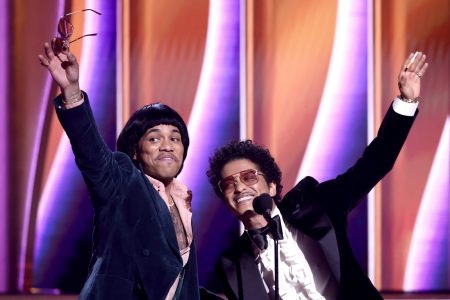