For Freedoms: An Updated Version of Four Norman Rockwell Classics

A new exhibition at the ICP puts all-American paintings in a new light.

Featuring 168 prints, 10 videos and one billboard, a portion of a new exhibition at the International Center of Photography (ICP), For Freedoms: Where Do We Go From Here?, puts four iconic Norman Rockwell paintings in a new light.

Those works – the “Four Freedoms” – were done by Rockwell in 1943 in response to President Franklin D. Roosevelt’s 1941 State of the Union address in which he identified basic human rights that deserve universal protection.

The oil-on-canvas paintings (“Freedom of Speech,” “Freedom of Worship,” “Freedom from Want,” and “Freedom from Fear”) gained further notoriety when they were reproduced in The Saturday Evening Post alongside essays. Eventually, the U.S. Department of the Treasury repurposed the series into posters which it used to raise more than $132 million in war bonds sales.

Seventy-five years after Rockwell first painted them, artists Hank Willis Thomas and Emily Shur of For Freedoms – an artist-led platform which is investigating how art can increase public discourse and political awareness in the U.S. – decided to create an updated version of Rockwell’s imagery in a series of photographs.

During a pair of photo shoots in Los Angeles, Thomas and Shur opened the doors of their studio and invited close to 200 people to come in have their picture taken. Participants included everyday people, activists and even celebrities such as Rosario Dawson. The results were a limited series of photos that mirror Rockwell’s work in some ways and turns it on its end in others.

“This is a dialogue about our society today,” said��ICP executive director Mark Lubell. “They’ve taken Norman Rockwell’s paintings from FDR’s 1941 speech in which he referenced the four freedoms and given them a contemporary spin. And it is a dialogue about where we are today.”

Four of the pieces of that dialogue, accompanied by Rockwell’s original paintings, are below along with a brief Q&A between RealClearLife and ICP exhibitions manager Ava Hess. 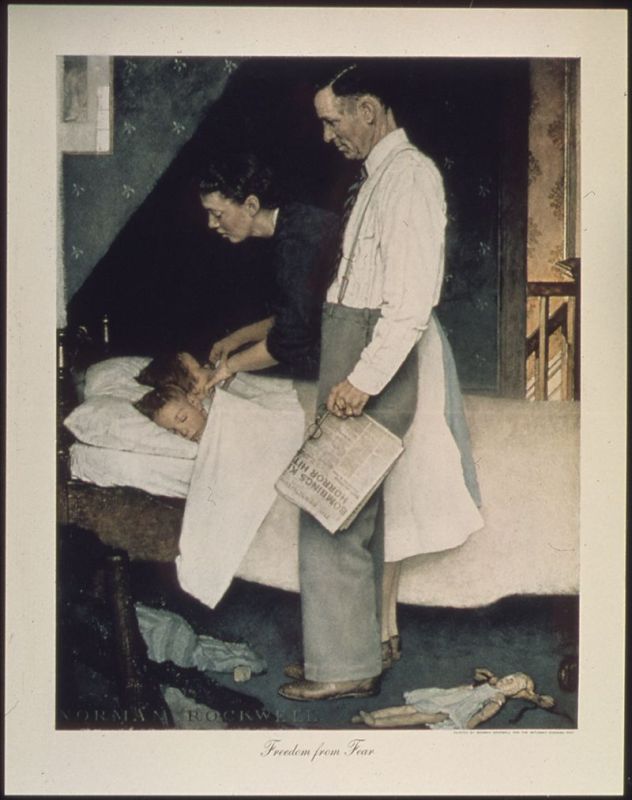 RealClearLife: There is a timeless aspect to Rockwell’s series. Why is that?

Ava Hess: “An interesting thing to me and a way that you can connect the original Rockwells with the ones For Freedoms has made is that he painted his neighbors. He was painting everyday people that he knew. I think the town hall image for ‘Freedom of Speech’ was actually based on an experience he had in his community at a meeting. They are very personal and that helps add to their timelessness.” 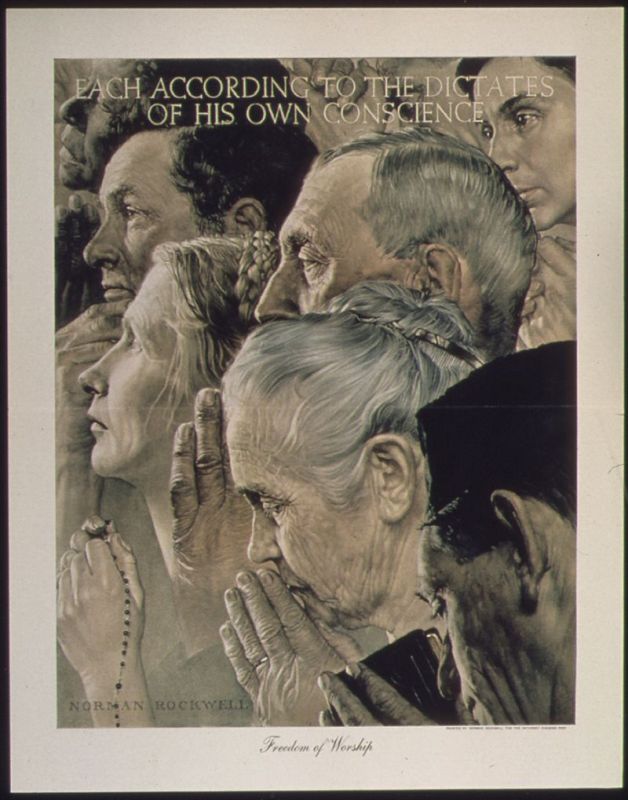 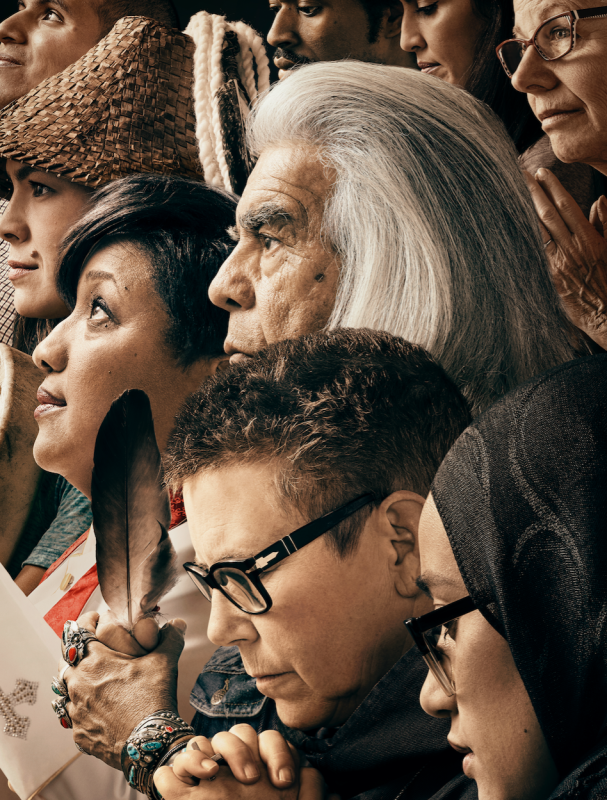 RCL: What do the two different series have in common and where do they differ?

Hess: “The unifying things are the multiplicity of religions, coming together for a meal, sharing your opinion … things that we think of as being part of the American experience. The ones today though, looking at them visually they are much more diverse and much more inclusive. They feel very contemporary in terms of what people are wearing and how they are dressed. They definitely feel like an updated version. To me, they just do more justice to the diversity of America. And not just the diversity of America today. I think Rockwell’s imagery doesn’t really even reflect the diversity of America then. So I think that’s part of what they were trying to bring to the surface in the new versions. The messaging is fairly consistent in the updated versions, but the visuals have shifted slightly.” 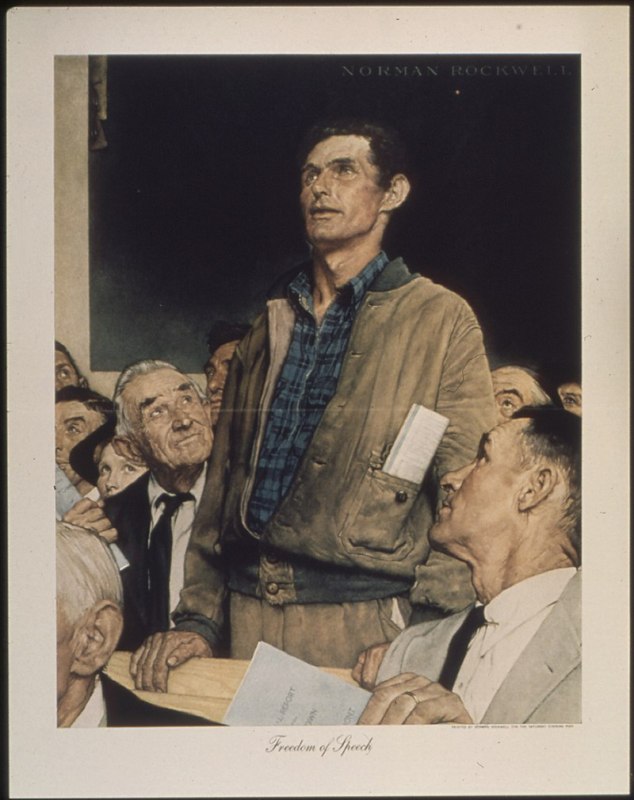 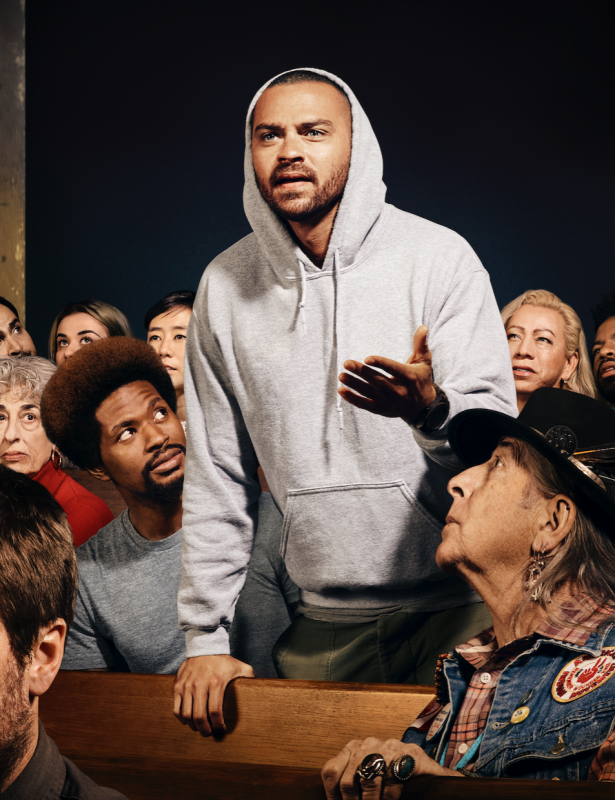 RCL: What makes these works important 75 years after the originals?

Hess: “Especially in the political climate today, we are asked to reflect on what’s important to us and how we want to present ourselves as a nation both nationally and internationally. The freedoms are very basic and they are. We hosted a town hall around the idea of the four freedoms a few months ago and it was really amazing to see how intergenerational the conversations were. People really have a lot to say about each one of the freedoms and how they see them. I was really shocked because they date back to the 1940s but people still really believe in them today. Part of it is they are broad and general enough – freedom from fear and freedom from want can mean many different things – that people can give them their own personal take.” 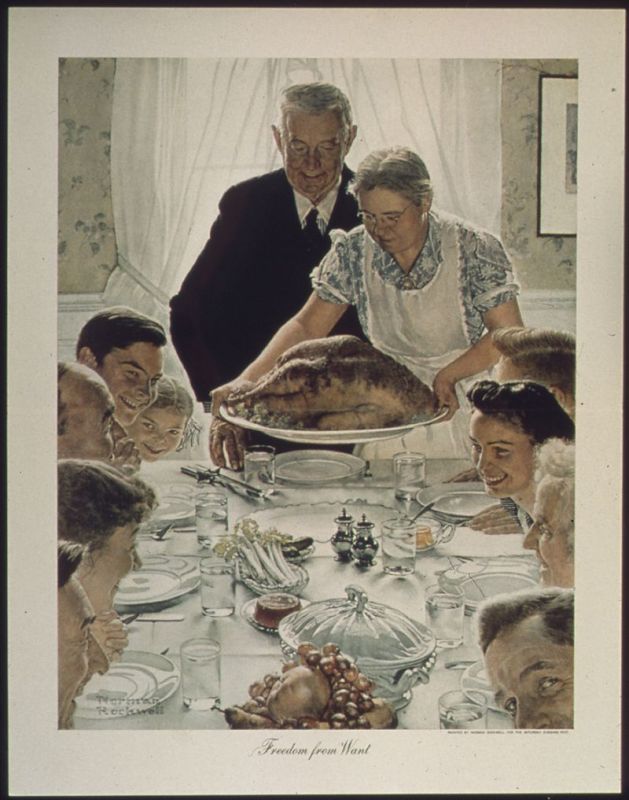 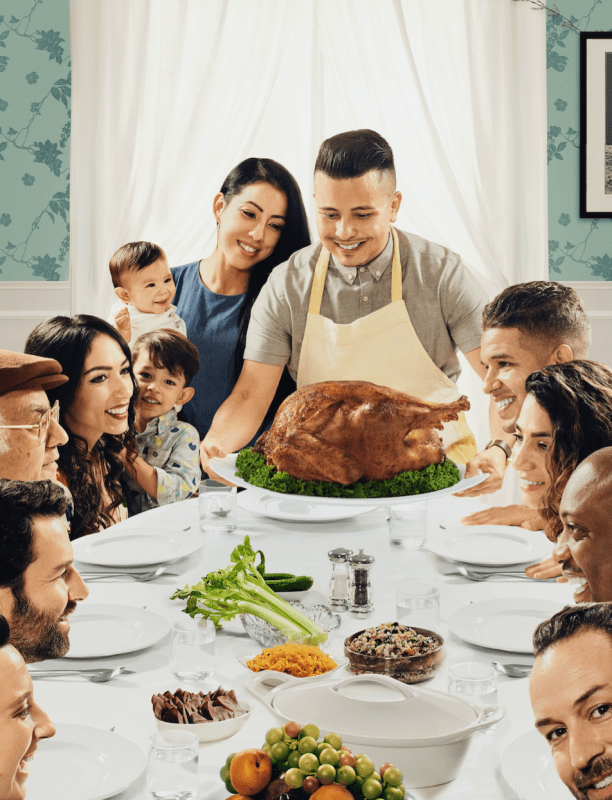 For Freedoms: Where Do We Go From Here? Opens at the ICP Museum at 250 Bowery in New York on Friday, February 8 and will run through April 28.