"Pest Control" authenticates all Banksy works, and punishes those who acquire them unethically

A staff member holds 'Girl with Balloon - Colour AP (Purple)' screenprint in colours, 2004, by Banksy during a press preview of 'Banksy: I can't believe you morons actually buy this sh*t' online sale at Christie's.
WIktor Szymanowicz/NurPhoto via Getty Images
By Tobias Carroll @tobiascarroll

Contemporary art is a tricky business. If you’ve collected a painting or sculpture by a modern artist, odds are good that you’ll have some record of the transaction, and some method of verifying that the work you have is both genuine and genuinely obtained. That becomes a bit more complicated when the artist in question — though world-famous — has a penchant for anonymously leaving their work in urban spaces to create impromptu public art. Yes, we’re talking about Banksy, and one of his lesser-known practices which has recently come into sharp relief.

Last week, a clip from Antiques Roadshow went viral. It features a man looking to get a small painting by Banksy evaluated. When asked how he’d come by it, the man admit he’d seen it while walking down a street in Brighton one night. Recognizing it as Banksy’s handiwork, he then removed it from where it had been screwed into place.

What follows is a brief and memorable lesson in morality. Pro tip: it’s generally considered poor form to admit to stealing something while being recorded for television.

As the show’s host reveals, Banksy has established a virtual portal to authenticate whether specific works of his are both genuine and genuinely obtained — and, as the guy trying to get a painting valued admits, he’d visited the site and been told that the painting could not be validated because it was not obtained legally.

Dubbed Pest Control, the service offers an easy-to-use interface to determine a particular work’s validity. Elsewhere on Pest Control’s site, they offer a more extensive explanation of what they do — namely, issue certificates of authenticity.

As for what that means, well — here’s what Pest Control themselves have to say: “The certificate of authenticity (COA) means you can buy, sell or insure a piece of art knowing it’s legitimate and the wheels won’t fall off,” they write. “Pest Control is the only source of COA’s for Banksy. We issue them for paintings, prints, sculptures and other attempts at creativity. We don’t issue them for things like stickers, posters, defaced currency or anything which wasn’t originally intended as a ‘work of art’.”

Pest Control also offers a “Keeping It Real” service, which lets prospective buyers of a work by Banksy confirm that the work is, in fact, legitimate.

While Pest Control’s design and tone abound with wry humor and irreverence, the issues it exists to deal with are no small account. A 2019 article at artnet news covered Banksy’s launch of an online store, in part because there’s a sizable trade in faked or illicitly obtained Banksy artwork, and in part because a greeting card company was attempting to utilize his trademark.

Banksy was quoted in the article addressing a subject that brings us all the way back around to the contentious Antiques Roadshow clip — namely, people removing his work from public spaces. “The big problem I had with people removing my street work wasn’t that it was exploiting and stealing from the community — it was because the stolen stuff looked so much better than what I was making in the studio,” he told artnet news.

It can be surreal to watch Banksy create a distinctive ecosystem around his own work as an artist, blending high- and low-tech features and a self-effacing personality. It’s a delicate balancing act; then again, it’s also part of an even grander balancing act he’s been taking part in for the duration of his career. 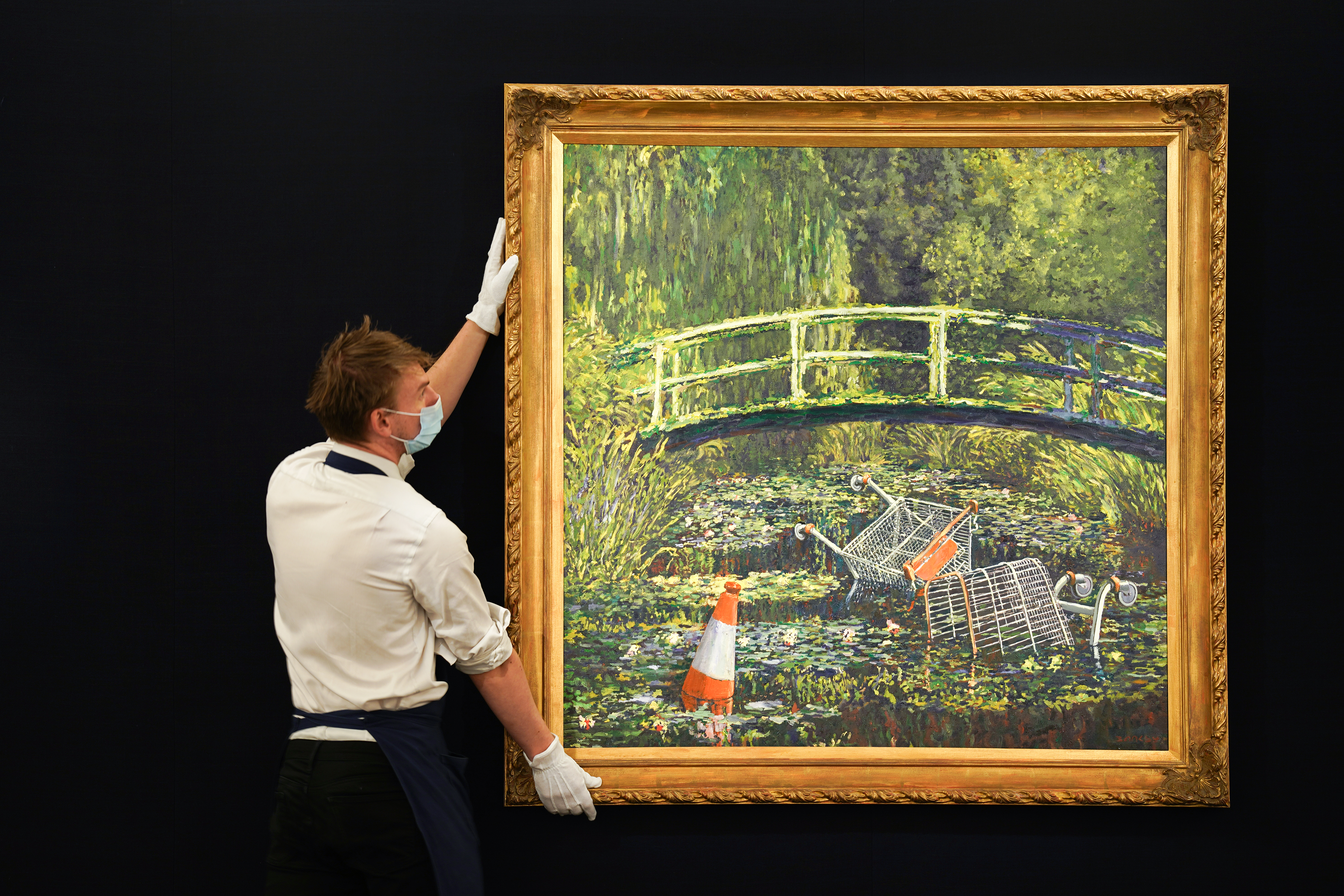 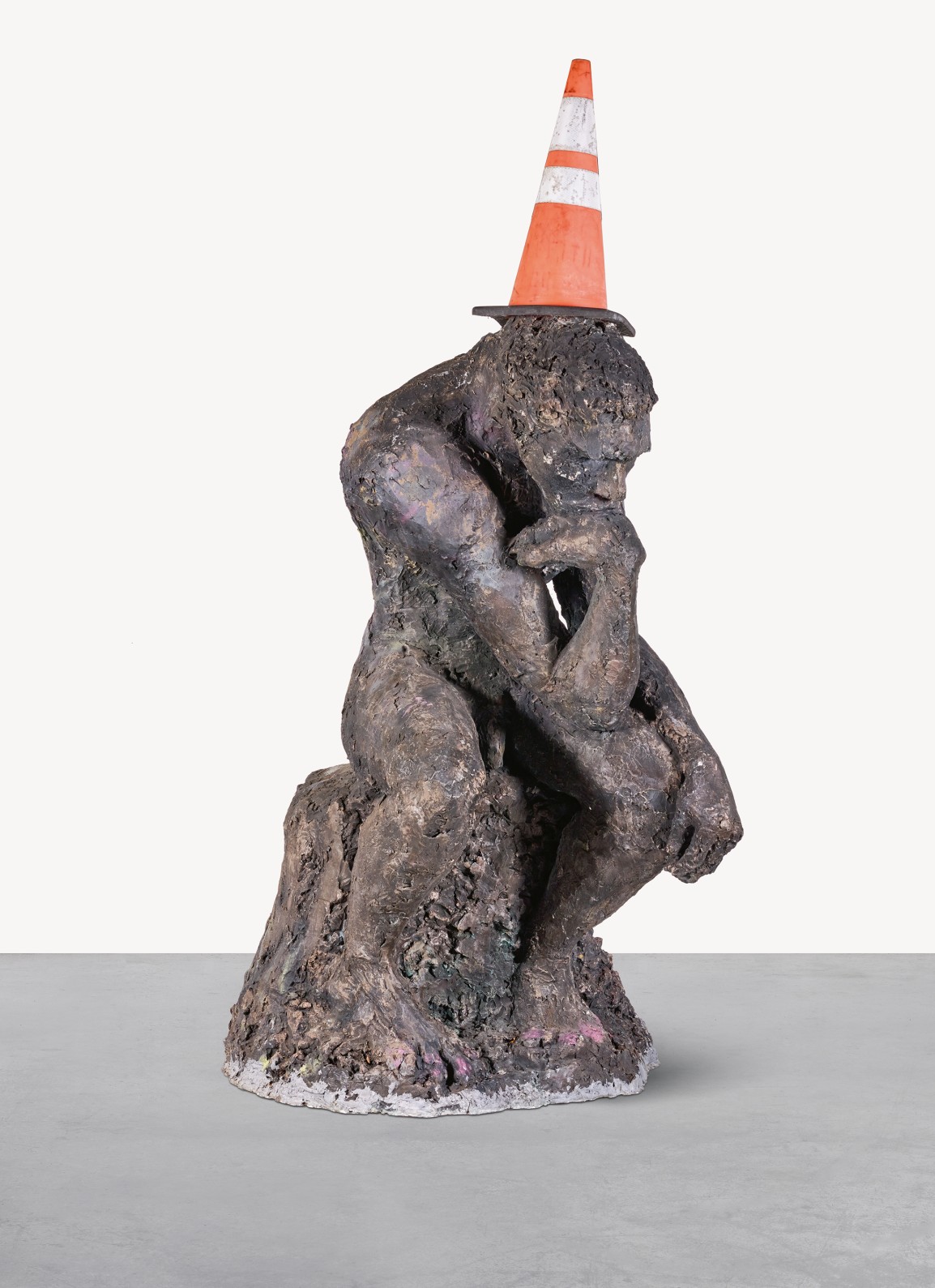 Banksy’s “The Drinker” at Center of Possible Art Theft Controversy 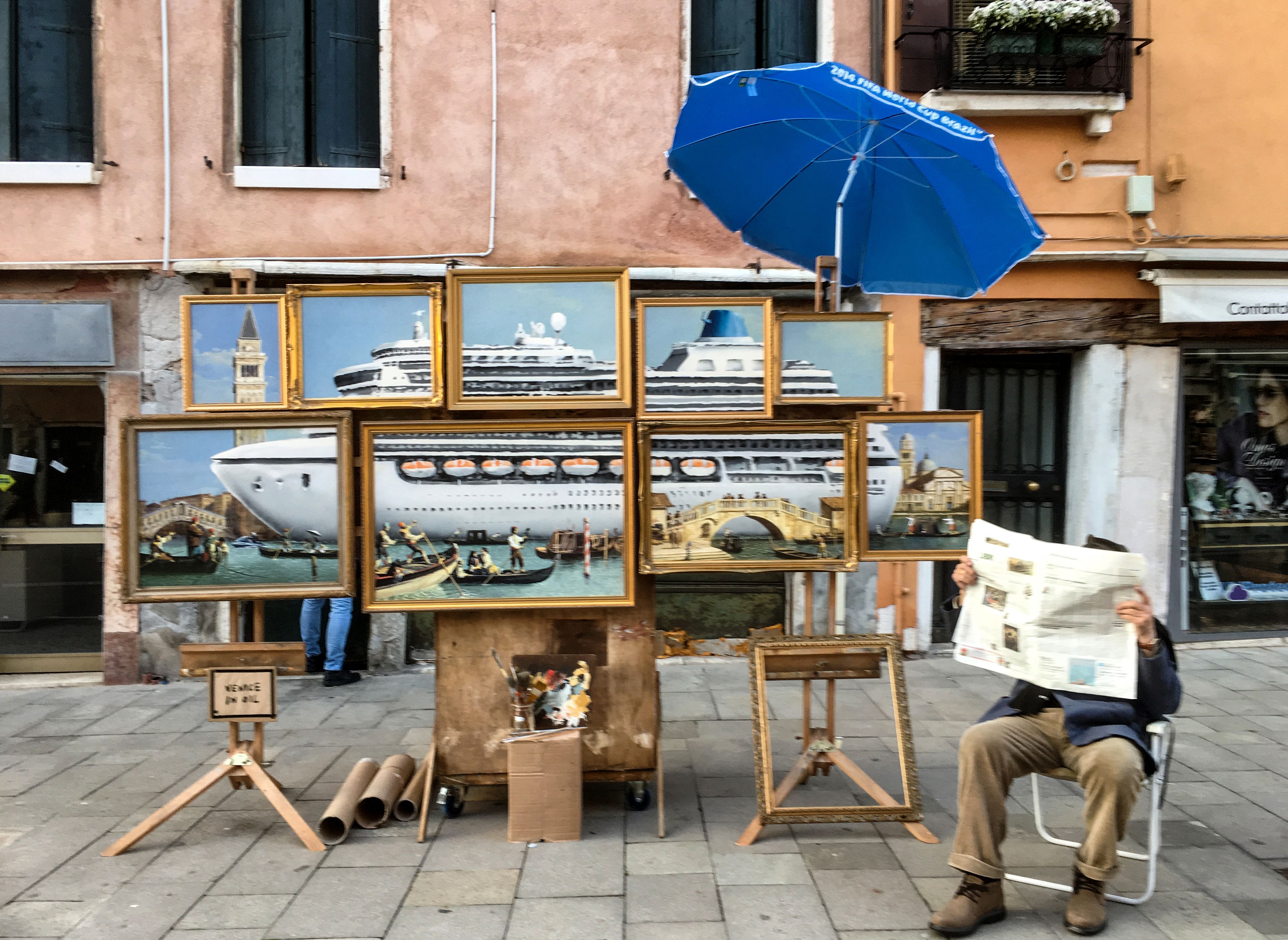