We Tried Out the New Luxury ‘Bed in a Box’ Mattress

And we are never, ever getting up again

With all the e-commerce companies crowding into the sleep market — Casper, Loom & Leaf, Tuft & Needle, Saatva, Helis, Leesa, Novosbed, etc. — the mattress wars are getting a mite uncomfortable.

Not for me, though. I’m feeling quite relaxed. Leesa was kind enough to send me a sample from their new Sapira line of luxury mattresses to “try out,” and I’ve been a little…

God, what time is it?

So just how comfortable is the new Sapira? Is it as good as the other mattresses on the market? Is it cloudlike — not like the gray depressing altostratus clouds, but the fluffy clouds, the big cottony cumulonimbus?

Is it amazing? Life-changing? Transcendent?

I would say that it is. It feels good to lay on. Lie? Lay. It’s a mattress. It’s awesome. Well, okay, so, the first night I had it, I didn’t actually sleep that well. But to be fair, I’d had a capuccino after dinner (dumb!) and then stayed out pretty late, drinking and whatnot. And then, since my wife and I were trying out this amazing brand-new mattress, you know … s-e-x. After which, I guess I was sort of hyped up, and I tossed and turned a bit. I did. But I can’t blame the mattress for that. To be honest, it was one of the more satisfying sleepless nights I’ve ever had, put it that way.

The next night, I think I would have slept like a baby (a Ferberized baby) if it weren’t for my wife’s snoring. It’s not loud, per se, actually quite demure, but it can definitely keep me up. Sometimes I’ll nudge her or tickle her neck, and she’ll stop … for awhile. Not long, maybe a solid three-minute window, where if I’m very lucky I might just fall asleep and make it through the night. Other times I ask her to put in this bite-plate thing, which is a miracle device in my opinion, but she usually doesn’t really want to wear it, because she says it makes her teeth feel funny. I get that. In which case I go sleep on the couch, which isn’t all that cushy but it gets the job done. So yeah, the second night I didn’t sleep that well either. But my wife totally did, and she is an ardent fan of the new Sapira mattress.

On the third night, I slept. I mean, not for a long time or anything. The problem is I recently got into this show, “The Americans” (yes, I’m late to the party as usual!), and I watched one episode and it ended with a big cliffhanger, and so I decided to just start the next one, and then I wound up watching the whole thing — this is on my phone, by the way — and then just one more, by which time it was 2 am and I figured the next day was a wash anyway (I have to get up at 6:08 to get the kids to school), so I snuck in one more. Why not. But the mattress was remarkably comfortable for watching shows on, which, let’s face it, is one of the primary things you do on a mattress. In fact, at a certain point, it dawned on me, If I were asleep would I even be able to enjoy this so much? I’d be asleep!

I had the same thought the next night, when our daughter climbed into bed with us, fell asleep and started kicking my shins (but oh–so-adorably) until I was perched right on the very edge of the Sapira — which completely held up, by the way, unlike my old mattress which would have promptly collapsed and dumped me onto the floor. So I lay there on the edge and looked at Facebook and then Twitter and then Instagram, Snapchat, Vine, Yik Yak, Wanelo, Tumblr, Beebo, Kik, Ello and Periscope, until sun-up.

So the final verdict? It’s a good mattress. Really good.

But I get it, that sounds vague. And there are people out there who are super-particular about their mattresses, the cozy little nests where they retire each night to escape from an increasingly terrifying world. You know, those princess-and-the-pea types who have their “sleep number” committed to memory. They want to know the details.

So here you go, guys…

Does it have a layer of high-density foam that is “hole punched” to be breathable while still providing bounce? It totally does.

Does it also have a layer of high-performance memory foam? Of course. Jesus.

And somewhere deep within, one thousand premium-grade steel springs? Um, is the Pope liberal? What makes the Sapira truly special, in fact, compared to many of its bed-in-a-box competitors, is that combination of Pocket Spring™ technology, high-resiliency foam and the aforementioned high-density memory foam.

Overall, is it a not just a mattress but a full “sleep system” that “actually reacts to your body type and sleeping style,” as the press release clearly states? Dude, I have no idea. I mean, sure!

Does it come in an impossibly small box and then expand in a highly YouTube-able way, a little like those amazing “Black Snakes” you light on the Fourth of July? Haha, you’re asking that? With a base price of $975 for a twin (delivered), you are goddamn right it does. By the way, have your iPhone ready to go before you slice open the plastic because there is no cramming this genie back in the bottle.

Is Leesa a good company that is trying to make the world a better place? It certainly appears so.

What about the return policy? You’ve got 100 nights to think about it, during which time you can schedule a free pickup and get your money refunded. (That said, if you’re sleeping on the thing for three months, let’s be honest, returning it for your money back is a very cheap-ass move.)

By the way, why am I suddenly reading articles about mattresses all the time, anyway? Good question. One theory is that, with the mattress wars are at their peak, one of the clever ways start-ups have found to to carve out a slice of this $15 billion market is getting the attention of bloggers by inviting them to “try out” the merch. Which is brilliant, really, because — what with the uncertain state of the media industry these days — few of us are in any position to turn down a little comfort. In fact, we deeply crave it.

Man, remember the old days when the pages of scrappy weekly newspapers were filled with lucrative futon ads? Um, what’s a futon?

By the way, if you’re having trouble sleeping, we’ve got you covered, and to order a Sapria mattress, check out their website. 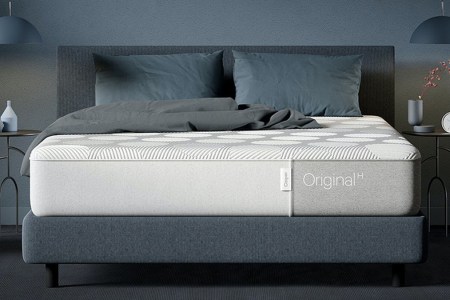 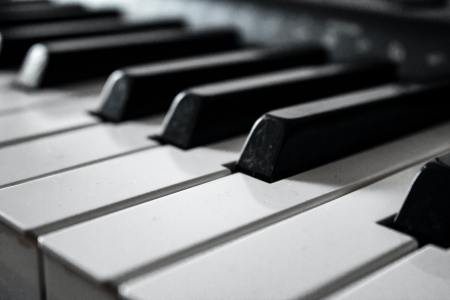 Pianos Might Be the Key For a Better Night's Sleep

Our Favorite Movies of 2022
Jack Daniel’s Crafts an Unexpected Take on the Single Malt
Review: The GMC Sierra Denali Ultimate Is a Triumphant Do-Over
Top Week 13 NFL Stories: Brock Purdy, Baker Mayfield and Lamar Jackson
How a Former Hedge Fund Guy Became a Top Travel and Adventure Photographer
Sponsored: Vineyard Vines’ Festive Fleeces Will Make Perfect Holiday Gifts for the Whole Family
12 Perfect Stocking Stuffers for Men
Grab a Deal on Therabody’s Massage Guns at Woot
These Sicilian Vases Will Make You Feel Like a Guest at The White Lotus