How Athletes Avoid Getting Old, Weak and (Huff, Huff) Decrepit

A few Olympic secrets that’ll keep you from falling apart

Are you sitting? Good.

Straighten your back and reach your arms up toward the ceiling. Put them down. Now slouch and try it again. Notice the difference? It’s harder to raise your arms and you lose about 10-20 percent of your extension.

If you sit at a desk all day and don’t get enough exercise, your back will gradually hunch and compact, diminishing your ability to raise your arms. You’ll go to the doctor and complain of shoulder issues, but the issue is that your spine has curved the wrong way, and there’s no easy fix.

Interestingly, the same thing happens to elite athletes — e.g., professional cyclists — who don’t stretch properly. Mark Alexander, a sports physiotherapist who works with the Australian Olympic triathlon team, describes this condition as an “inverted U.”

The “good news” flipside of that paradox? All the medical theory and technology that has been devoted to fixing the systemic problems athletes suffer applies to us mere mortals, too. And Doc Alexander was kind enough to share some of precautionary secrets with us.

Your best polypill for anti-aging: An hour of exercise a day
“General exercise — getting your heart kicking over and getting your body to a point where it’s sweating — is proven to reduce heart disease, increase longevity and reduce the onset of dementia,” says Alexander. Exercise also increases endorphins, which in turn combat cortisol, a hormone that wreaks havoc on your muscle tissue and immune system.

“Proprioception.” Learn it. Improve it.
Aging people tend to incur a lot of sprains and broken bones because they lose balance, which can usually be written off to poor proprioception, or your sense of physical relation to the space around you. To improve your balance, work on core strength in your obliques and transversus muscles (the ones underneath your six-pack).

Do these exercises for about 10-15 minutes at the beginning of each workout:

Work on your flexibility every day, and do at least 10-15 minutes of stretching after a workout
“If you’ve sprained an ankle, it reduces flexibility, and that increases the possibility of problems with your foot, achilles and knee,” says Alexander. “So it’s important to work on flexibility.”

Olympic athletes and rugby players do yoga almost daily
Yoga will strengthen your core and make you flexible, but there’s a caveat: know your limits. If you’re really tight, ease into it. If you’re really flexible, don’t overdo it; focus on stability. “Now, yoga is great for stability and flexibility,” says Alexander. “But it also improves awareness, which reduces injuries because you can better isolate where you’re tense or sore.”

Allow your body to recover with a little time on foam rollers or a Bakball
Use a foam roller for about five minutes before a workout. And after exercise, it’s important to cool down for 10 minutes. “It’ll slow the heart rate and flush that lactic acid out of the muscles and restore blood flow to normal,” says Alexander.

Now let’s talk about your hunchback, Quasimodo
Alexander swears by the BakBall, a portable stretching tool you place between your spine and the wall or floor and roll your body against to help increase the extension in your shoulder blades. “You want to maintain the extension in your back, because once you get that C-shape in your spine, it’s almost impossible to reverse it … the disc and bones have wedged forward and you can’t unwedge them.”Increased flexibility in the middle back is a huge indicator of performance potential for many athletes, including swimmers. “We did a study on our Olympic swimmers in 2004, and 100 percent of (them) had extremely flexible thoracic spines and shoulder joints,” says Alexander.

And above all, get some damn sleep!
Olympic athletes go to bed just after dinner, around 9:30, but they’re up by 6 or 6:30. And they tend to take an hourlong nap in the afternoon. “If you’re flogging your body that hard, it needs to recover. And sleep is how your body repairs itself,” says Alexander. Many studies show that we’re cognitively more effective after at least eight hours a night, while power-nap research shows that even a 10-20 minute nap in the afternoon will make you more productive after.

So rest up, make time for exercise, take the necessary precautions and be aware of your limits.

You may not be an Olympic hopeful, but that doesn’t mean you can’t train like one. 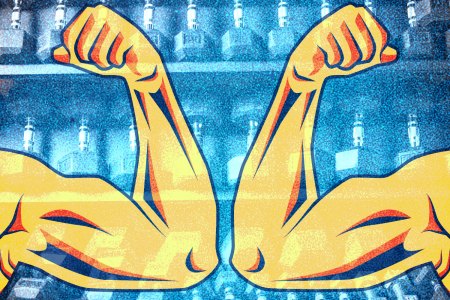