A wide-ranging episode ending with a fake eulogy

The latest episode of Real Time With Bill Maher included an appearance from Captain America, featured a chuckling dolphin and ended with a mock funeral. Maher’s opening monologue found him quipping about the amount of time he’d been spending around his house. “I haven’t spent this much time in my yard since I had to grow my own weed,” he quipped to cheers from a “studio audience” comprised of stock footage of people — and one dolphin — laughing.

All told, the episode covered a lot of ground, from an exploration of partisan divides to a prediction of Election Day scenarios.What  Maher’s guests were an interesting assortment of personalities: Lawrence Wilkerson, the former Chief of Staff to Colin Powell; actor and founder of the political website A Starting Point Chris Evans; political consultant Paul Begala and sometimes-controversial author Meghan Daum.

Maher’s conversation with Wilkerson about the forthcoming presidential election and its aftermath struck a somber chord. Wilkerson is one of several high-profile figures associated with the Transition Integrity Project, who released a report earlier this week exploring different scenarios for November. As the New York Times reported earlier this week, this included one simulated scenario that made the controversial fallout of the 2000 election look minuscule by comparison.

Given Wilkerson’s military background, Maher asked him about the potential for unrest and military action after the election, which took the conversation in an alarming direction. Wilkerson closed the segment on a more optimistic note, mentioning the work other organizations are doing to turn spaces like sports arenas into safe voting facilities.

Begala and Daum comprised the panel for this week’s episode; both have recent books to promote, and the combination of the two offered a greater sense of ideological balance than their counterparts last week. The election loomed large in the areas for discussion, which included the Postal Service’s recent controversies and speculation over who Joe Biden’s running mate might be. The panel closed with both Begala and Daum talking up the idea of legalized marijuana, and noting the ways in which arrests for it currently demonstrate systemic racism.

Next came Maher’s interview with Chris Evans, there to discuss his long-gestating political website A Starting Point. He spoke about the importance, for him, about sparking dialogue between ideological opponents. “Most relationships, if they’re toxic and unhealthy, you leave them,” Evans said. “We can’t leave this one. We have to find a way to speak to one another, to listen to one another.”

Evans spoke earnestly about the importance of engaging with politics. “It’s become such a toxic landscape, it breeds this exhaustion,” Evans said. A Starting Point, then, serves as a step towards a future where political dialogue is encouraged — even if it doesn’t lead to political partisans coming any closer from an ideological perspective.

Maher asked Evans if he had plans to run for office in the future. Evans demurred, saying that he still had a lot to learn. Maher offered a more measured — or perhaps cynical — take on things, observing that Evans is better-informed than many politicians he’s encountered.

Maher discussed political funerals to bring the episode to its conclusion — including Donald Trump being absent from many high-profile political funerals, including those of John Lewis and John McCain. What would Maher’s eulogy for Donald Trump look like? Maher offered up one of his own, citing the funeral scene in The Adventures of Tom Sawyer​ as inspiration. While the weed jokes were more plentiful than in last week’s episode, Maher also covered a lot more ground here. 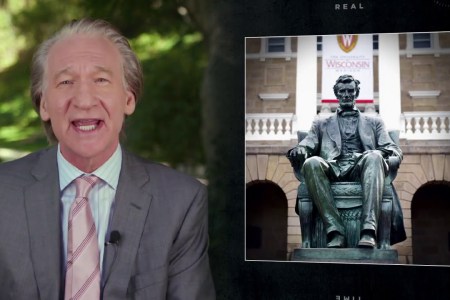 On the Latest "Real Time," Bill Maher Explores the Future of Football 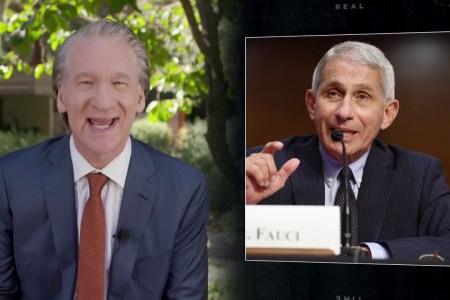