One of the NFL's most famed coaches is honored 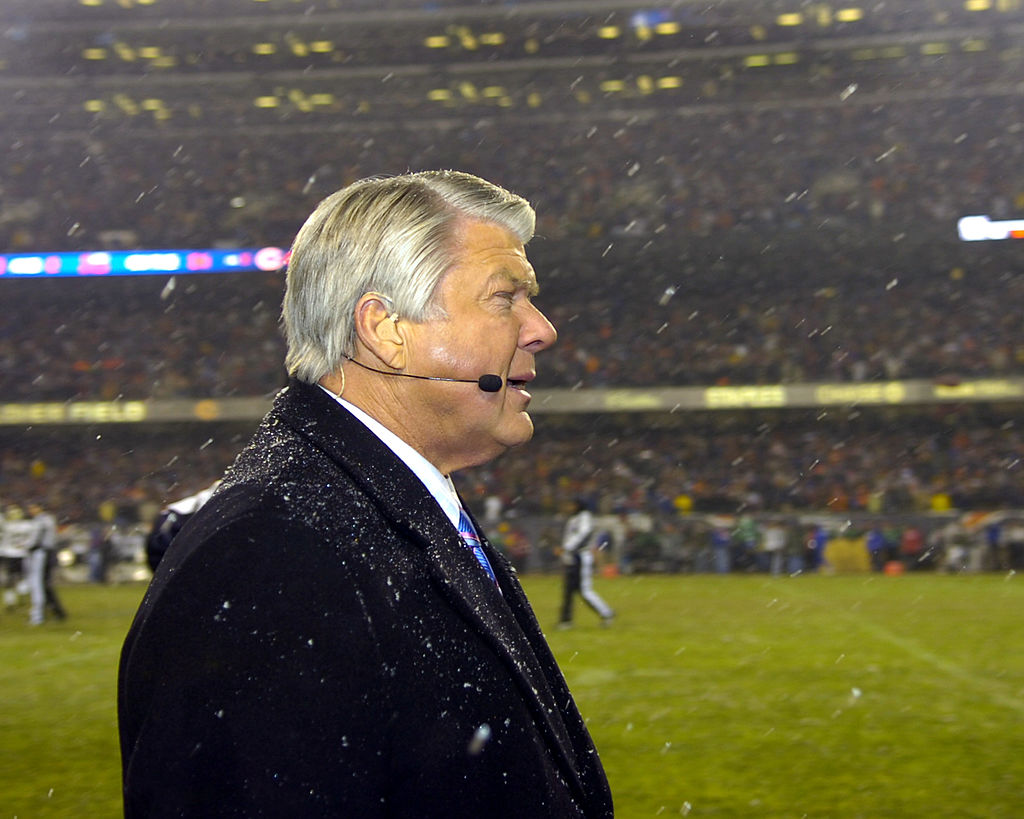 Legendary coach Jimmy Johnson learned of his election to the Pro Football Hall of Fame.
Al Messerschmidt/Getty Images
By Tobias Carroll / January 13, 2020 1:09 am

This year marks the 100th anniversary of the NFL. To celebrate that, the Pro Football Hall of Fame is making a one-time exception to their selection process — which has led to some amazing moments, such as Bill Cowher learning of his induction on live television.

Turns out Cowher’s not the only inductee to learn at exactly the same time as millions of viewers at home. Jimmy Johnson, famed for his stints as coach of the Dallas Cowboys and Miami Dolphins, was also told of his induction in the middle of a live broadcast.

Legendary @dallascowboys coach @JimmyJohnson finds out live on TV he is the newest member of the Pro Football Hall of Fame! pic.twitter.com/GK3jlSlWRz

For those curious of how the Centennial Class of the Hall of Fame will work, the NFL’s website has a good explanation.

The measure is intended to honor the NFL’s Centennial Celebration through a special Centennial Class that will be comprised of 20 members in 2020. The group will include five Modern-Era players to come from the list announced today in addition to 10 Seniors (a player who has been retired for more than 25 seasons), three Contributors (an individual other than a player or coach) and two Coaches.

ESPN notes that Johnson had an emotional reaction to the announcement, as did his former player (and fellow broadcaster) Troy Aikman. The full roster of Hall of Fame inductees will be announced on February 1 — a prelude to this year’s Super Bowl.