Cowboys legend Michael Irvin has given conflicting reports about the matter 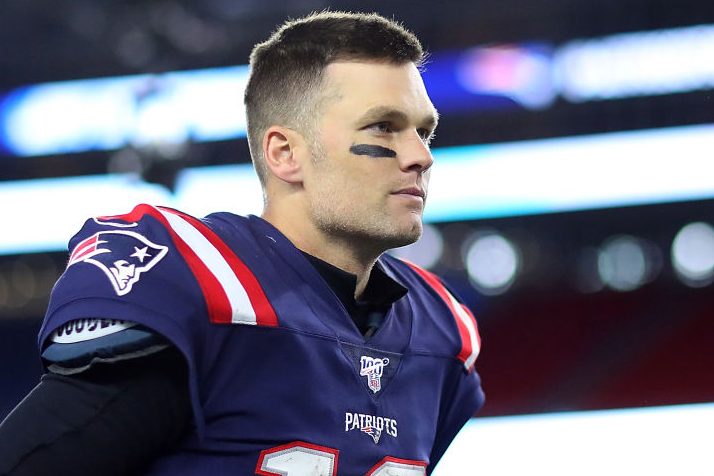 Tom Brady to the Dallas Cowboys?

It sounds crazy, but Cowboys legend Michael Irvin said he had conversations at the Super Bowl with “some very significant people” about the possibility of the 42-year-old heading to Big D to play quarterback for the ‘Boys.

“The people that I had conversations [with were] leaning in that same direction [of Dallas pursuing Brady],” he told WEEI’s Dale & Keefe. “It was shocking … I promise you, I had a conversation with people, I can’t tell you who, about that same scenario going down.”

Though Irvin later clarified he didn’t mean Cowboys owner Jerry Jones or anyone in the Dallas organization discussed bringing in Brady to replace Dak Prescott with him, he did say the “significant people” he mentioned “will have a role in the whole process.”

If Irving is correct, that process would likely involve the Cowboys declining to sign or put the $26.9 million franchise tag on 26-year-old Prescott and instead agreeing to a deal with Brady that would likely pay him upwards of $30 million annually.

Brady will become an unrestricted free agent on March 18 and, if Prescott isn’t tagged by the team, he will as well.

“We want to get a deal done,” Jones said. “We’re going to roll up our sleeves and when these things get momentum, they get done, but both sides [have] got to be in a place where we think we’re within shouting distance of getting something done.”

Brady, a native of California, who grew up a San Francisco 49ers fan, has previously said he hasn’t liked the Cowboys “since coming out of the womb.”

Perhaps Jones will give him 100 million reasons to change that opinion.

Even if he doesn’t, it sounds as if another team besides the Patriots will at least have a chance at signing the six-time Super Bowl winner as New England owner Robert Kraft feels the “best outcome for all parties in 2020” will come after Brady gets to test free agency, according to NFL Network insider Ian Rapoport.

From NFL Now: #Patriots owner Robert Kraft felt the best outcome for all parties in 2020 would come after Tom Brady tested free agency. An explanation for why he agreed to let it happen 👇🏼👇🏼👇🏼 pic.twitter.com/9UkM6aZp2w