Irving opted into a player option worth $36.5 million after the Brooklyn Nets wouldn't give him an extension

According to the NBA’s No. 1 freedom fighter Kyrie Irving, $100 million wasn’t enough of a reason to compromise his noble principles and get vaccinated against a virus that has killed more than one million Americans and more than 6.5 million people worldwide.

Speaking at Brooklyn Nets media day on Monday, the 30-year-old point guard, who opted into a player option worth $36.5 million during the offseason and is now in the final season of his contract with the team, said he turned down a four-year extension offer that would have required him to get vaccinated against COVID-19.

Yes, like so many other people who were forced to weigh their principles against their paycheck, Irving had to wrestle with deciding between taking more than $100 million for multiple years of work or simply rolling the dice with a one-year contract worth $36.5 million to play basketball. It was obviously a difficult call (and a “tough pill to swallow” per Irving), but the seven-time All-Star opted to stay true to himself and refused to buckle after the Nets gave him “an ultimatum” about getting vaccinated.

“I understood all the Nets’ points,” Irving said. “I respected it and I honored it and I didn’t appreciate how me being vaccinated, all of a sudden, came to be a stigma within my career that I don’t want to play, or I’m willing to give up everything to be a voice for the voiceless. And which I will stand on here and say that, that wasn’t the only intent that I had, was to be the voice of the voiceless, it was to stand on something that was going to be bigger than myself.”

The ultimate teammate, Irving ended up playing only 29 games last season and was somewhat of a non-factor in the postseason as the favored Nets were swept out of the first round of the playoffs by the Boston Celtics. Since Irving came to Brooklyn to team up with Kevin Durant three seasons ago, the Nets have gone 7-13 in playoff games and failed to advance beyond the second round. Irving will be an unrestricted free agent at the end of the season. 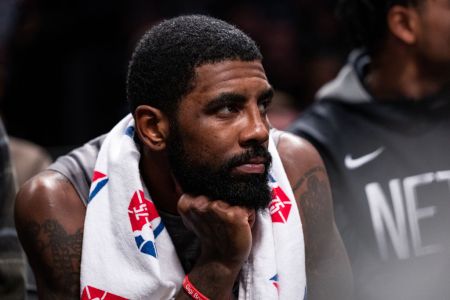 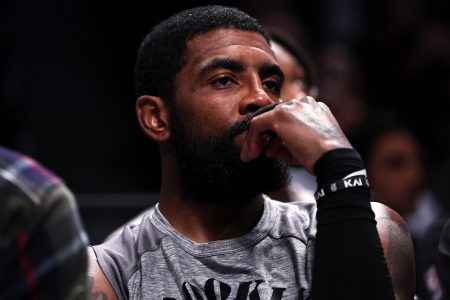