The King of Magic Kingdom has officially soured on WFH

He's a visionary. But he might be off the mark on this one.
Getty Images for Disney
By Tanner Garrity @tannergarrity

Bob Iger came back to the Magic Kingdom. Now he’s calling all his knights back, too.

The 71-year-old CEO of Disney returned to his post two months ago to deal with the fallout of Bob Chapek’s embattled two-year turn at the helm, and (one would assume) to find a proper successor. Yesterday, in what will likely be the first of many company-wide changes, Iger sent out a memo asking employees to return to a four-day workweek by March 1.

Here’s a snippet from the in-house letter, which the Hollywood Reporter obtained in full here:

“As you’ve heard me say many times, creativity is the heart and soul of who we are and what we do at Disney. And in a creative business like ours, nothing can replace the ability to connect, observe, and create with peers that comes from being physically together, nor the opportunity to grow professionally by learning from leaders and mentors. It is my belief that working together more in-person will benefit the Company’s creativity, culture, and our employees’ careers.  Starting March 1, employees currently working in a hybrid fashion will be asked to spend four days a week on-site, targeting Monday through Thursday as in-person workdays. Stay tuned for additional details.”

For starters, there’s a reason Iger teaches a popular MasterClass on “Business Strategy and Leadership.”

He’s a class act who’s long earned praise for for treating his employees with respect. Notice how he frames RTO (return to office) as an opportunity for Disney workers, not as an edict — it’s a chance to maximize their growth, education and connection. That stands in sharp contrast to certain executives on Wall Street and in Silicon Valley, who have expressed that they consider WFH “phoning it in” and demanded that workers prove their loyalty by coming back to the office.

Looking past the empathetic brief, though, Iger’s ask is relatively strict compared to other large companies. Places like HubSpot, Nike, Klarna, Salesforce, Spotify, Reddit, SAP, Vista, Allstate, Intuit and Lyft (we could keep going) have all instituted hybrid work schedules of different stripes. Most accommodate an employee’s decision to work wherever they want and/or come into the office.

While the lasting impacts of the work-world’s “Great Resignation” may have been slightly overstated in 2022, workers still command more bargaining power than they’ve had in years. According to a 2022 Gallup poll, 60% of them prefer hybrid work. And while working for a charismatic boss at a big name is nice, so is the flexibility to pick up kids from school, secure a dentist appointment and save money on commuting.

This seems to be at the heart of executives’ disconnect with employees’ wants today (especially Gen Z and Millennial employees). Hybrid work is not synonymous with remote work. People who prefer hybrid work aren’t necessarily weighing the pros of home against the cons of the office; they’re actually balancing pros in each bucket. In the same Gallup report, among top reasons for work location preference, employees list “To avoid commute time” and “It is better for my wellbeing overall” next to “The option to work in-person with coworkers” and “I feel more productive and connected to my organization.”

Stamping out remote work entirely, though (save for Fridays, at least, in Disney’s case), puts a ton of pressure on the office. This could lead to dynamic relationships and exciting new projects, within specific teams, but within others, as Gallup suggests, it actually poses “a significant risk to an organization’s hiring, employee engagement, performance, wellbeing and retention strategies.”

Iger is known for risk-taking (see: MasterClass, episode nine), but is this really the one he should be taking? Why barter employees’ well-being for managers’ insecurity? Other executives throughout the industry have said they don’t know how to build great management virtually, but when Confluence, Miro, Slack, Teams and Zoom exist, is that really an excuse anymore? Leaders like Iger deserve credit for their old-school, people-first approach, but whether they like it or not, the youngest and most talented of those people will eventually be running their companies through cloud-based software.

Disney has a lot of problems at the moment — slumping stock atop the list — but this proclamation doesn’t feel like a solution. It feels like a misread of a movement that actually stood to benefit the company, here in its 100th year. The last time Iger worked full-time for Disney, in February 2020, only one-third of the workforce had a hybrid schedule. But…a lot has happened since then. His return shouldn’t necessitate a return to office. 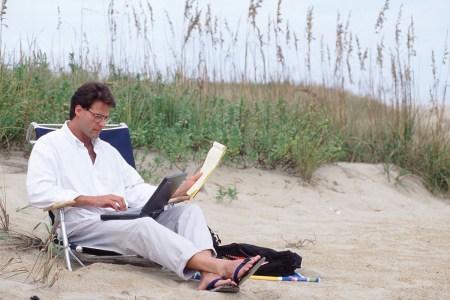 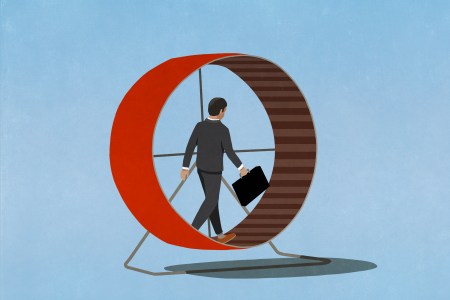 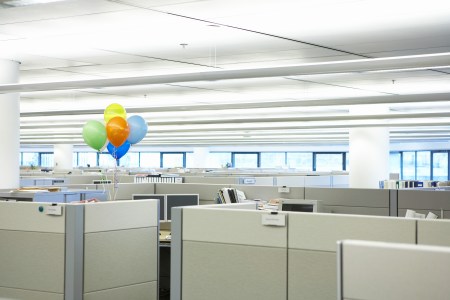