He has a lot in the works

Bryan May and Adam Lambert of Queen in 2022.
Paul CHARBIT/Gamma-Rapho via Getty Images
By Tobias Carroll @tobiascarroll

Queen, with Adam Lambert on vocals, might be taking to the road in 2023. That’s the first of many interesting pieces of information that guitar legend Brian May shared in a recent interview with Variety. The surviving members of Queen first worked with Lambert in 2009, and began touring with him in 2012.

Based on his comments, it does sound like it would be the last time the group went on the road. “There’s a strong possibility that we’ll be going out together again. We’re talking about that as you and I speak, making those decisions,” May told Variety. “Now, it does get to be more of a decision as you get older. I’m not 35 anymore, and leaving home for two months is not easy. But we feel as like if we’re all fit and well, that we’d like to go out there one more time.”

May also provided an update on a few archival projects, including a box set collecting recordings around the Star Fleet mini-album. The release date, he said, would “probably” be “halfway into next year.” Originally released in 1983, this EP inspired Greg Prato at All Music Guide to call it a “forgotten ’80s guitar summit.” Why? Because on the album, May was joined on guitar by one Eddie Van Halen.

“Listening to him and me, I felt completely outclassed by him in the studio,” May told Variety. “But in a very pleasant way – what joy for me to be around a guy who could do all that. Such a privilege. So, you’ll hear us in the studio, trading licks.” It sounds like a welcome archival release featuring two virtuosos — and it should be out next year. Listen to a Long-Lost Queen Song 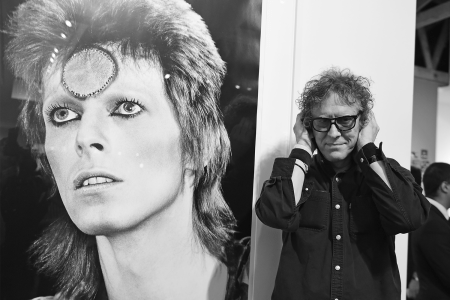 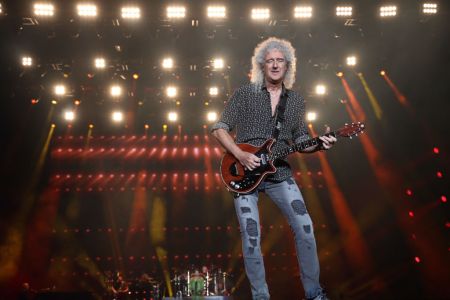