The Woke Remake of “Baby, It’s Cold Outside” Is Here and People Have Opinions

In the past few years Frank Loesser’s 1949 Oscar-winning holiday tune “Baby, It’s Cold Outside” has faced increased scrutiny for its lyrical content —  the duet is about a man kind of pressuring a woman to stay the night at his place when she sounds hesitant (or is it all playfully bantering, some might argue?).

Meanwhile, John Legend and Kelly Clarkson have remade the tune into a song about consent, with lines like “it’s your body and your choice.”

Now we’re getting backlash to that interpretation … and backlash to that backlash. Deana Martin, the daughter of singer Dean Martin (whose 1959 version popularized the tune), told Good Morning Britain that “you do not change the lyrics to the song” and called the new version “absurd.” And Sharon Osbourne called the remake “ridiculous.”

Legend’s wife Chrissy Teigen has fought back, targeting Osbourne. “Sharon’s always going to have something to say, it’s her job,” she told Entertainment Tonight. “I remember those days of getting to talk s— for money. It’s very fun.” (She also noted that the couple approved a lyric change to one of Legend’s songs that was remade for a Kidz Bop album.)

There are valid points here — there have been dozens of remakes and new interpretations of the song, why not another one from a different point of view? At the same time, why redo the song at all? We seriously need new Christmas classics, so it’d be nice if Legend and/or Clarkson (or anyone) came up with something new.

One thing most of us can agree on: It’s November 11th and we shouldn’t be playing — or discussing  holiday music until after Thanksgiving. 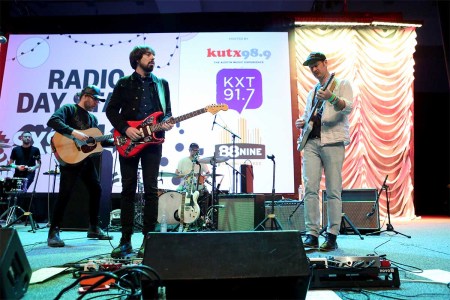