Put these live streams on for your kids (or yourself) 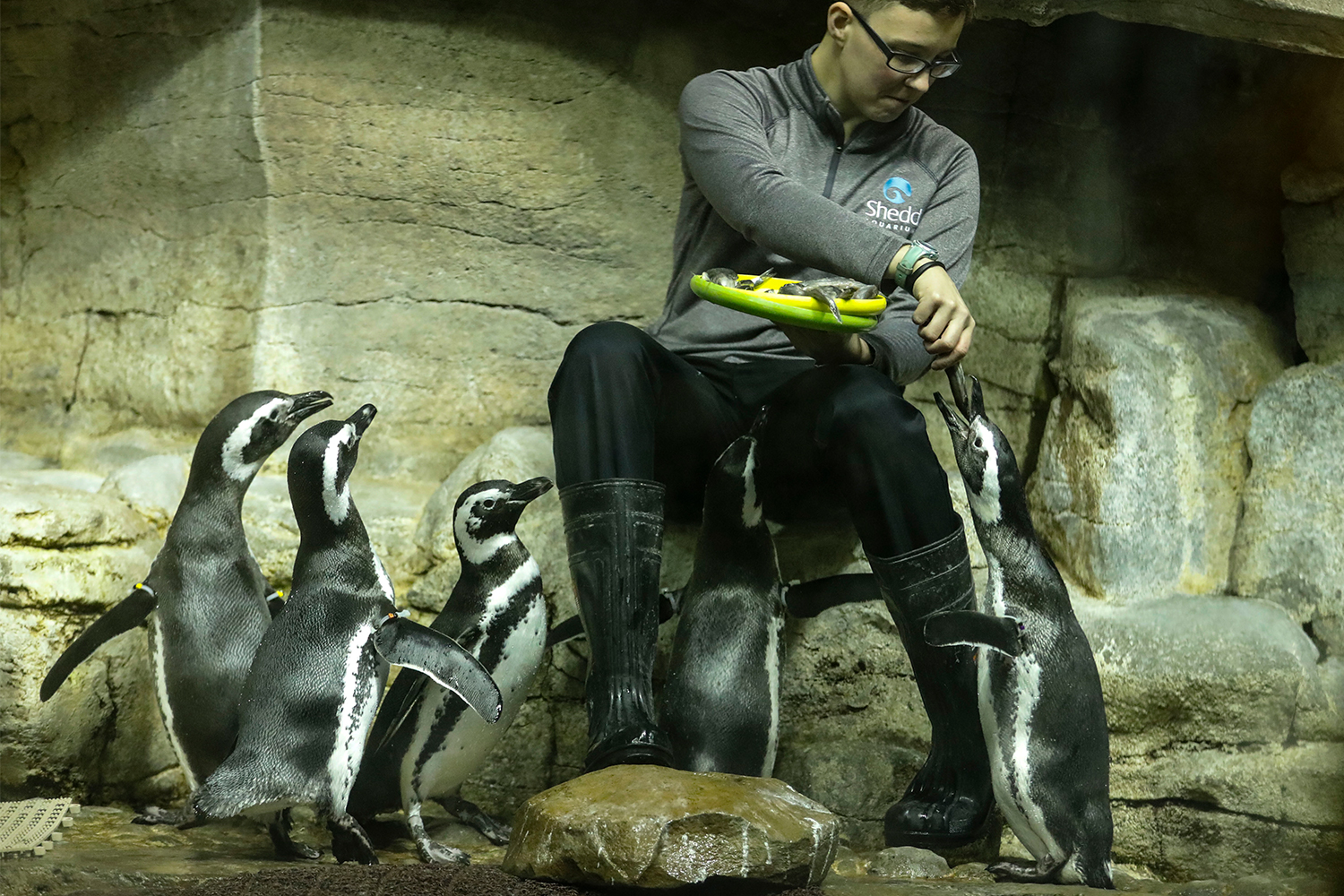 Penguins being fed at Chicago’s Shedd Aquarium. Recently, some were allowed to roam the facility.
Joel Lerner/Xinhua via Getty
By Alex Lauer / March 18, 2020 8:00 am

The U.S. government’s response to the coronavirus outbreak has been demonstrably slow. But in other parts of American society, large-scale organizations have been thinking on their feet.

On Sunday, the Cincinnati Zoo and Botanical Garden closed to the public to help reduce the spread of Covid-19. On Monday, the staff and the animals were back in business — digitally, at least.

The zoo announced in a press release that it would hold “Home Safaris” every day of the week — educational Facebook Live videos of various animals — and that afternoon, they held the first one with Fiona, a hippopotamus that went viral in 2017 when she was born prematurely. At the time of writing, that video has 3.4 million views; and the zoo plans on streaming new programming every day starting at 3 p.m. Eastern.

As Vanity Fair pointed out in a recent article, Cincinnati’s zoo isn’t the only one moving their animals online. At the Shedd Aquarium in Chicago, penguin caretakers looking for new ways to entertain the animals now that guests are prohibited let them explore the facility. The latest video, posted on Monday, has over 50 thousand shares.

If you have a favorite local zoo or aquarium, there’s a good chance they’re doing their own programming as well. California’s Monterey Bay Aquarium has been adding commentary to their live streams of sea otters and kelp forests, and the Minnesota Zoo recently posted a video of one of their Amur tiger’s fourth birthday party.

Whether you need something for the kids to watch while they’re at home, or you need something in the background while you work from home, our country’s zoos are stepping up to fill that need. But as Cincinnati Zoo Director Thane Maynard noted in a press release, “Being closed will have a significant impact on [our] overall operating budget.” They have an Emergency Operating Fund set up, and other zoos have donation portals as well.