In unprecedented times, a rare spirits and wine auction garnered over $4 million

The world doesn’t stop when Japanese whisky is involved.

The Finest & Rarest Wines and Spirits Auction in London this week brought in a combined $4.4 million, with  “a substantial proportion of lots” achieving prices above their estimates.

As Sotheby’s Wine Chairman Jamie Ritchie acknowledged, the auction took place during the “backdrop of extraordinary circumstance.” (The auction house is now adjusting auction schedules and formats case-by-case for the near future; for this auction, over 50% of the buyers placed their bids online).

The big winner was Japanese whisky, as a bottle of Karuizawa 52 Year Old Cask #5627 Zodiac Rat 1960 sold for a record $435,273 to a private collector in Asia, well above the initial high estimate of $260,000 (all numbers converted from English pounds).

Related: With a Japanese Whisky Shortage Nigh, It’s Time to Start Investing

Hailing from the now-closed Karuizawa, the 52 Year was the oldest to ever have been released from the distillery and one of only 41 bottles ever produced. As for the number on the release: Each bottle was uniquely identified by an individual netsuke carved from the oak cask head of cask #5627. 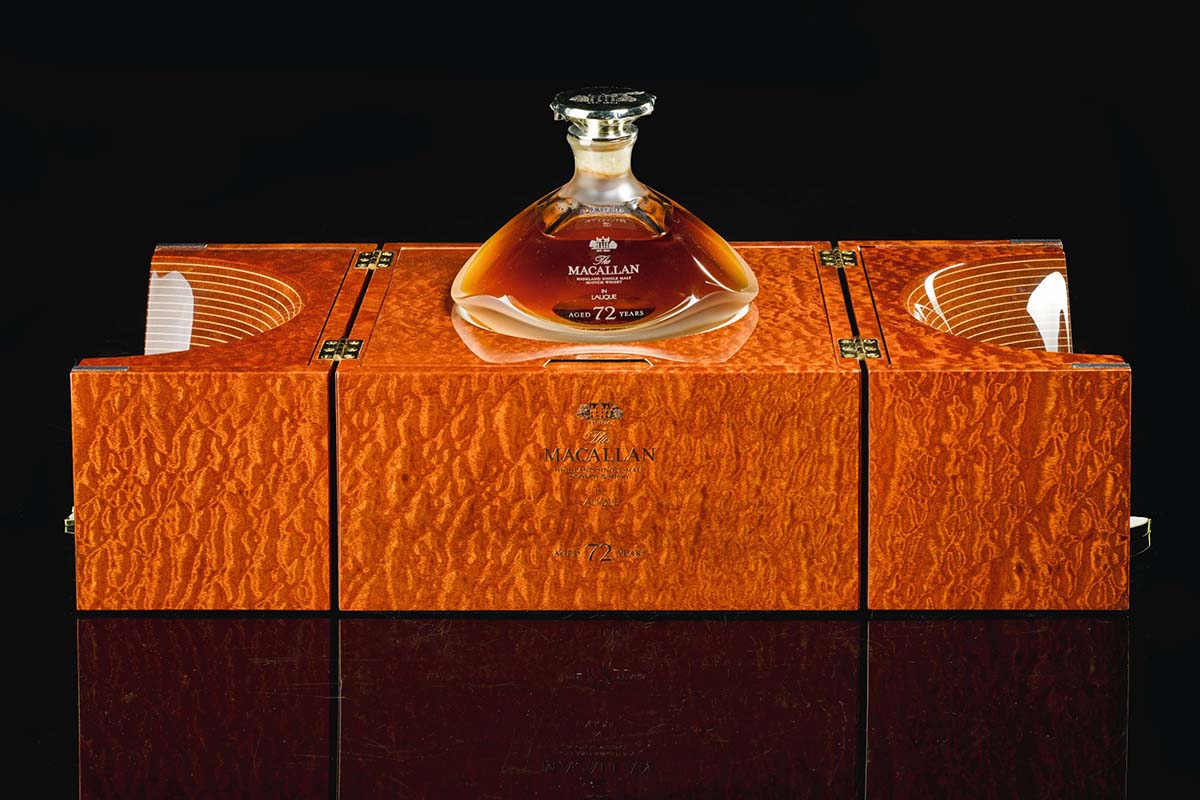 Wine and Scotch also performed well, with two cases of Chevel Blanc 1947 fetching just under $600,000, and a few rare releases from the Macallan fetching high numbers: The Macallan in Lalique Six Pillars Collection sold for $507,819, and a decanter containing the oldest whisky ever to be released from the distillery (The Macallan Lalique Genesis Decanter 72 Year Old) nabbed a bid of $101,564.

25 Years Later, It’s Obvious We Got “Showgirls” All Wrong
Who Is the Ubiquitous “Never Married, No Kids” Guy on Dating Apps?
Does Anyone Actually Need a Men’s Multivitamin?
How Wisconsin Helped Shape America's Love of Cocktails
How to Bet Week 3's Best Games, According to the Pros