If you’re up for some visualization, try to imagine what 10.4 million cases of whiskey might look like. It’s a veritable lake of whiskey — perhaps even a small sea. (Depending on the brand of whiskey, it might also be an absolutely delicious lake or sea.) As it turns out, 10.4 million cases happens to be how much whiskey Jameson sold in the last year — a significant uptick from the previous year’s sales.

This year-over-year improvement is in keeping with some larger trends in the world of spirits. In June, The Guardian reported that Irish whiskey was experiencing increased popularity around the world. Among the figures cited in the article was that Irish whiskey is currently on a pace to outsell Scotch whisky in the United States by 2030 — though Scotch still holds the advantage globally.

But it’s not that surprising to see Jameson having a good year — or seeing Irish whiskey as a whole on the rise. There’s a lot of notable whiskey emerging from Ireland these days, and heightened interest in Jameson is one manifestation of a larger story. 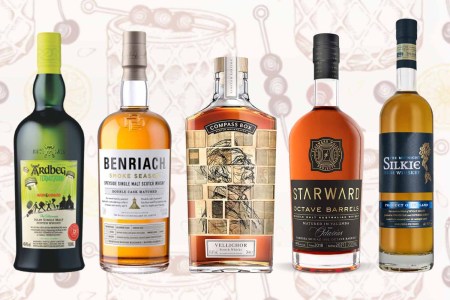 The Best Whiskies From Around the World in 2022