"You do know the British have been slaves twice, right?" Cleese asked the crowd

John Cleese speaks onstage at "Comedy with the Cleeses" during SXSW 2022.
Getty Images for SXSW
By Bonnie Stiernberg @aahrealbonsters

Legendary Monty Python comedian John Cleese has sparked controversy in recent years for railing against “cancel culture” and what he has described as “woke jokes,” and it sounds as though he’s determined to keep blurting out cringey opinions and bad jokes until someone steps in and puts a stop to it. But according to The Hollywood Reporter, that’s exactly what happened at a comedy panel at Austin’s South by Southwest festival when Cleese had his microphone snatched away after making some embarrassing comments about slavery.

Cleese was appearing on the “John Cleese in Conversation” panel at SXSW with comics Jim Gaffigan, Dulcé Sloan and Ricky Velez and moderator Dan Pasternack. After Sloan, who is Black, made a joke about colonization, Cleese reportedly got defensive and pointed out that people “forget the British Empire was the basic political unit of organization for 6,000 years — the British didn’t start [colonizing].”

“We know, but y’all did it so well!” Sloan responded. “It’s the reason I’m here! I’m not supposed to be here!”

“We gave you free passage, too,” Cleese replied. The Hollywood Reporter notes that that line drew “shocked groans from the crowd,” but Cleese persisted.

“History is a history of crime,” he said. “It’s a history of people who were stronger beating up people who were weaker, and it’s always been that. It’s deeply, deeply distasteful. But to pretend that one lot were worse than another — you do know the British have been slaves twice, right?”

“[People] get competitive about this business of being oppressed,” he continued. “We were oppressed, the English, by the Romans for 400 [years], from about 0 to 400… I want reparations from Italy. And then the Normans came over in 1066… they were horrible people from France, and they came and colonized us for 30 years — we need reparations there too, I’m afraid.”

The publication notes that “Pasternack repeatedly told the audience, ‘This is why your phones are locked up,’ and made a joke about ‘playing the Jew card,’ which, in turn, prompted Cleese to start to set up a, ‘Do you know why Jews…’ joke about a stereotypical physical trait. At that point, Sloan stood up and confiscated Cleese’s microphone.”

“And now you saved the colonizer,” Pasternack told her. “I saved a comic whose career I respect,” Sloan replied.

Yikes. It’s not Sloan’s responsibility to save Cleese from himself, of course, but it’s easy to understand her impulse to do so. He’s a comedy legend, and it’s sad to watch him as an out-of-touch old man refusing to read the room and railing against “political correctness.” Some might argue that Sloan should have let Cleese continue digging his own grave, but sometimes it’s best to just put everyone out of their misery. 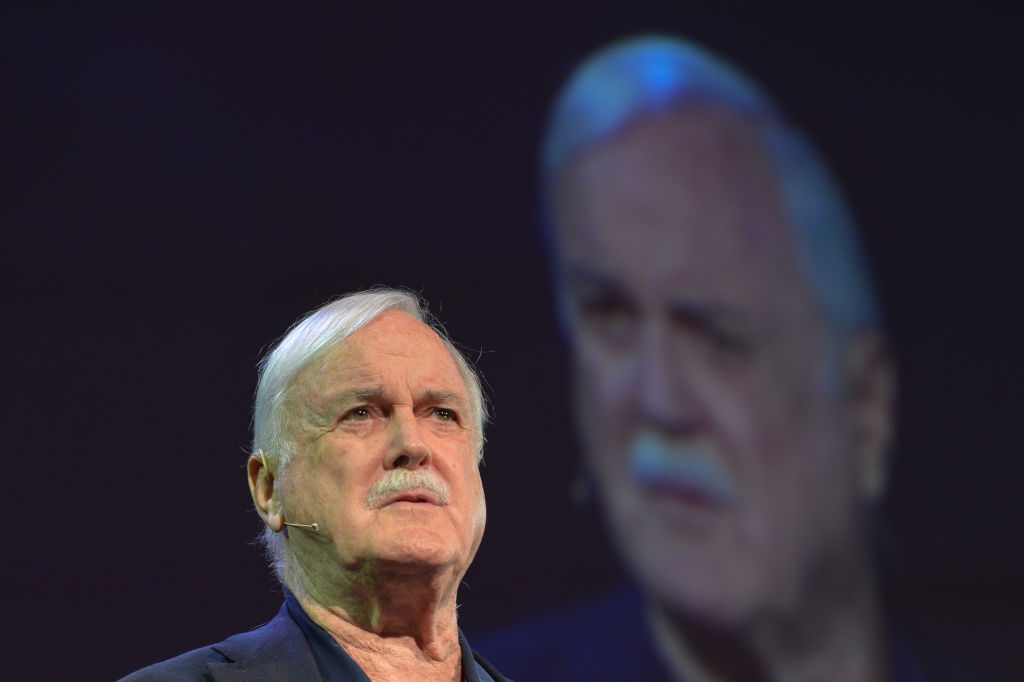 John Cleese Is Hosting a Series About Cancel Culture 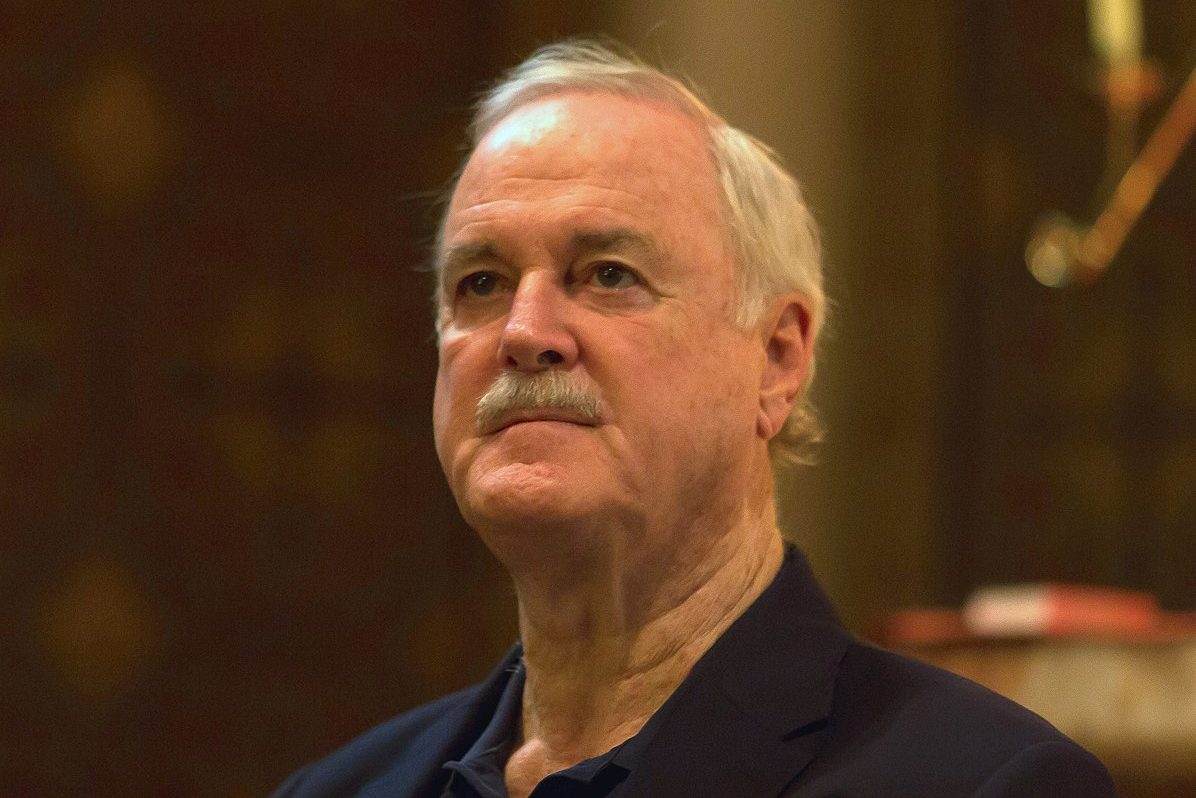