What will become of John Enh's statues?

Writer L.P. Hartley opened his 1953 novel The Go-Between with a sentence that’s since become famous: “The past is a foreign country; they do things differently there.” It seems likely that Hartley was not writing about folk art sculptures in California when he wrote these words, and yet they seem all too applicable to a contentious situation in which the descendants of artist John Ehn have become enmeshed.

As Tanya Ward Goodman writes at Atlas Obscura, Ehn spent several decades in the middle of the 20th century creating sculptures depicting scenes of the American frontier, which were formally declared California Historic Landmarks. As Goodman explains, Ehn’s daughter worked on finding a home for the artist’s array of sculptures in the wake of his 1981 death, and eventually found a home for them at Pierce College in Los Angeles.

What one administration finds endearing isn’t necessarily going to be to the liking of its successors, however. As the article details, faculty and staff grew less and less enthusiastic about displaying the sculptures. Or, as faculty union president Brian Walsh told Goodman, “We’re trying to tell a more complete picture — this knee-jerk, back-to-John-Wayne mode isn’t something we want to emphasize.”

Ehn’s surviving descendants are currently in the awkward position of needing to find a home for the statues, as well as finding the money to pay for their transportation. It’s a situation without an easy logistical resolution — and it’s another manifestation of the changing ways in which Western iconography and historical debates are explored. In this case, it’s not hard to see where all of the parties involved are coming from — and much harder to imagine a solution that leaves them all satisfied. 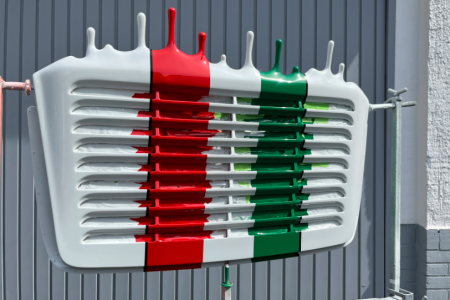 A Piece of Art for Car People and Watch People Alike 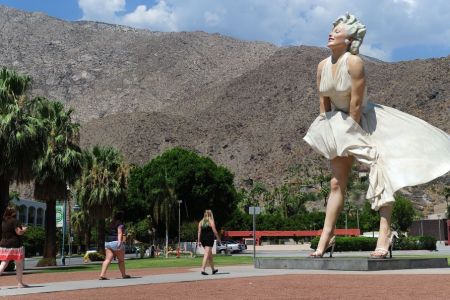