How Should We View Political Murals Painted on Luxury Retailers’ Plywood?

A new trend in art comes under examination 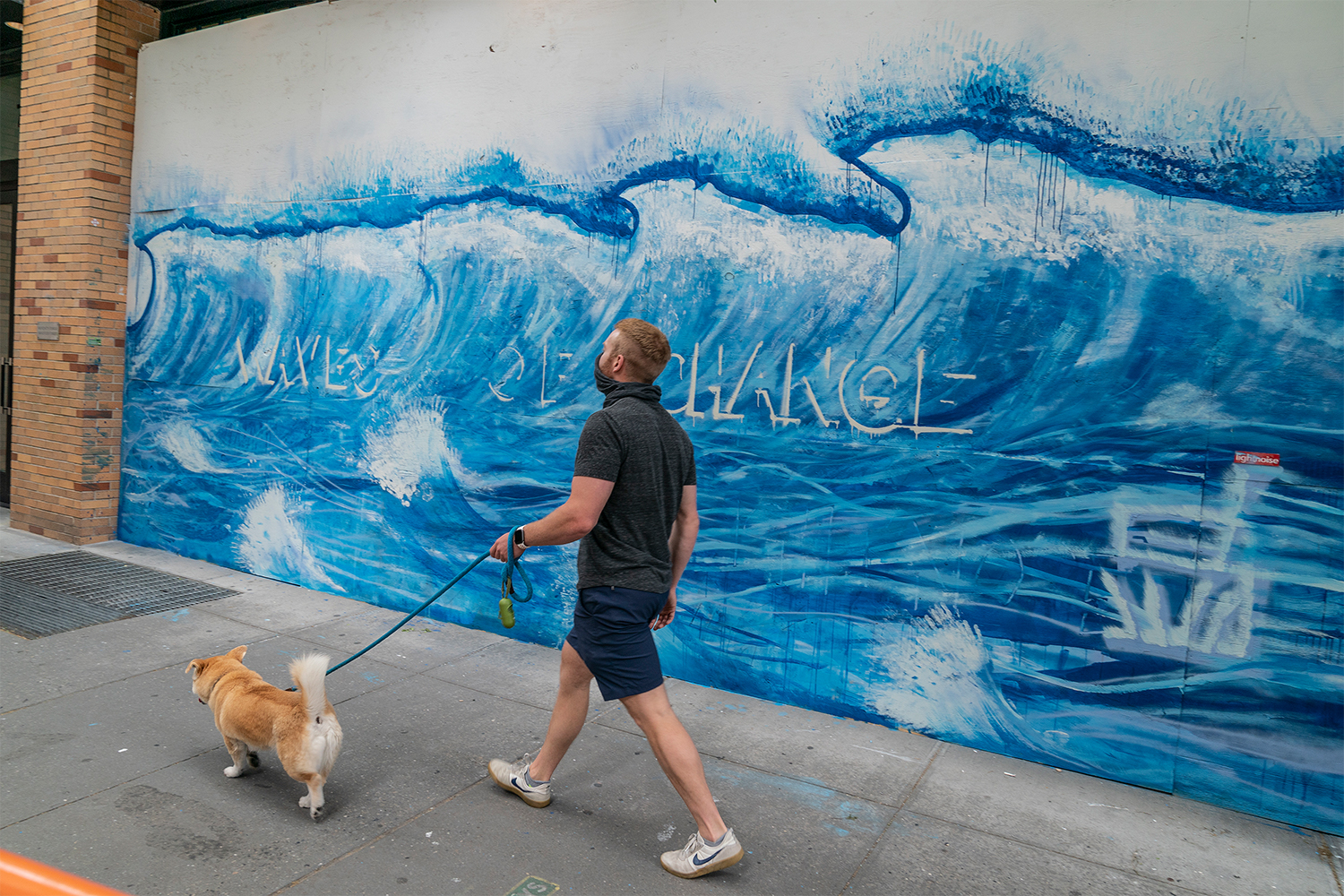 A man walks a dog in front of a mural on Moschino in SoHo.
Lev Radin/Pacific Press/LightRocket via Getty Images
By Tobias Carroll / June 23, 2020 6:00 am

As New York City entered into lockdown mode earlier this year, keen-eyed observers noted a growing trend around town: luxury retailers were boarding up their storefronts. At the time, this drew criticism, as it appeared to be an overly defensive response to conditions within the city. Months later, the plywood remains up in certain cities — but now it’s gone through a new permutation. Artists have taken to the plywood as a canvas to create murals, often alluding to present political events and the Black Lives Matter movement.

In an opinion piece at The New York Times, writer Max Lakin approached the matter with some skepticism. Lakin is careful to stress that he’s critiquing murals sponsored by businesses for their facades; with these, he argues, their politics are undermined by the circumstances of their creation.

The most immediate problem with these kinds of murals is that they exist under the pretext of looting — or rather the perceived, racialized threat of looting, the material impact of which hardly skims the existential one that protests seek to redress. It is simply impossible to call for racial equality with a gesture that prioritizes property value

Other articles about murals and protest art have showcased more blurred boundaries between commissions and art that came about more organically. A Los Angeles Times article about Seattle artist Malcolm Proctor opens with Proctor at work on a mural at a Nordstrom’s. The article notes that Proctor’s work encompasses both types of murals:

Some of his works, including the Nordstrom mural, are commissions that come with stipulations — in this case, no words or overt political messages. Others have been passion projects on panels he claimed before other artists could get their brushes on them.

Another recent article in the Washington City Paper described the work of the nonprofit group Radical Plywood, tasked with matching artists to open spaces on various buildings. Here, too, there’s a blend of art and commerce — though in this case, more political art seems to be on the menu. Nevertheless, Lakin’s article offers a valuable perspective as you take in art around a city. The art itself matters, but so do the circumstances under which it was made.