Are these rare paintings what they're purported to be?

It’s not difficult to see why the show Heroes & Monsters: Jean-Michel Basquiat, The Thaddeus Mumford, Jr. Venice Collection, on display now at the Orlando Museum of Art, would be of interest to many connoisseurs of modern art. According to the museum’s website, the show features “a rare group of paintings from a private collection that are being shown for the first time” — paintings on cardboard that, the website states, was done in Los Angeles in 1982.

Given that Basquiat’s art remains wildly popular and has grown in value over the years, the prospect of dozens of previously-unseen paintings by the artist sounds especially enticing. There’s just one catch — the FBI is now looking into the exhibit to determine if the art on display there is, in fact, actually by Basquiat.

Earlier this year, Brett Sokol at The New York Times reported on the questions raised about the paintings’ authenticity. As the article points out, some experts are convinced that the paintings are Basquiat’s work; still, there are some strong pieces of evidence — including the presence of a FedEx logo not used until years after Basquiat’s death on one piece of cardboard — to the contrary.

The latest report at the Times, also written by Sokol, reveals more about the FBI’s investigation. Sokol notes that the focus of the investigation is unknown — but points out that it’s illegal to knowingly sell forged art. Making matters more complex is that Basquiat’s estate no longer authenticates work. It’s a complex saga that shows no signs of becoming less complicated — an art-world mystery without a clear solution. 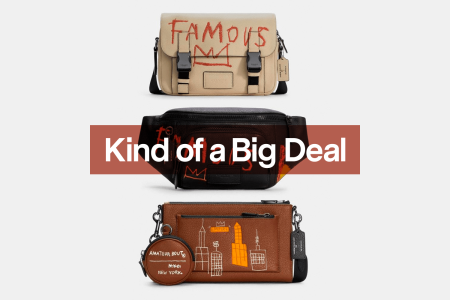 Take Up to 60% Off at the Coach Outlet, Including the Basquiat Collection 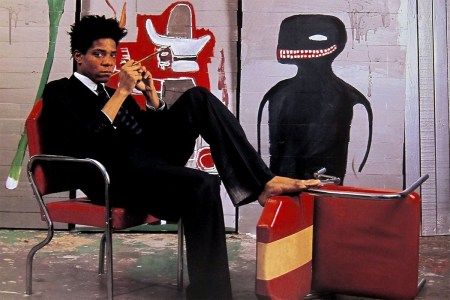 Basquiat Collaborations Are Ubiquitous, But Are They Necessary? 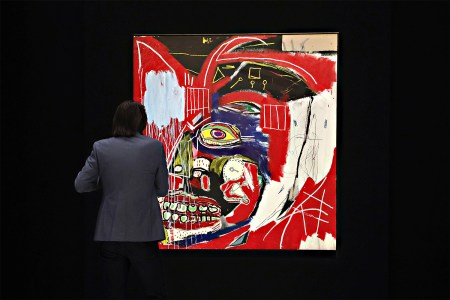 Why Do Billionaires Love Basquiat?