Green dials and updated classics dominated the conversation, but the beauty, as always, was in the details

While digital instead of in-person this year, the 2021 Watches & Wonders show was still one for the ages
Tudor // Patek Philippe // Breitling
By John Munson

While the pandemic may finally be showing signs of subsiding, large, multinational gatherings are still very much on hold. For watch brands, this presented a dilemma: they had long used global trade shows as a platform to debut their new models each year, and while watchmakers haven’t slowed down in developing new pieces to introduce to the market, those traditional trade shows remain logistically impossible. To address this, much of the watch industry gathered for Watches and Wonders, a largely digital trade show that brought together dozens of the world’s top watchmakers to display their wares. While a smaller, in-person leg of Watches and Wonders will begin this week in Shanghai, the online show wrapped up yesterday. Here are some highlights, trends and standout pieces from the 40-plus brands who took part.

A common gripe of watch fans — to be fair, a group that loves to complain — is that there’s too much homogenization among watch brands, where everyone is just piggybacking off of each other as opposed to introducing anything truly unique. While there are plenty of standalone examples that could debunk that argument, you’d be hard-pressed to find a more glaring instance of the watch industry drinking the same Kool-Aid than the proliferation of green dials at Watches & Wonders.

It would be impossible for us to talk about the new crop of green watches without mentioning the new Patek Philippe Nautilus. The Nautilus has become the most visible of all Pateks in recent years, so it caused no small stir when the company announced it would be discontinuing production of the Ref. 5711 this year. This is actually a classic move out of the Patek playbook: announce that a beloved watch is being discontinued and then almost immediately replace it with something very, very similar. As for whether this sort of publicity actually works, just take a look at the prices 5711s are commanding right now. That the final iteration of the 5711 would be revealed at W&W was no surprise, but the reveal of the new olive green dial was somewhat unexpected. What was totally unexpected was the flood of green watches from all sorts of brands that would be released alongside it.

The Patek Nautilus and Audemars Piguet Royal Oak will always be related in the minds of enthusiasts. AP, who likewise announced the 15202 would be retiring this year, brought out a number of green versions of their vaunted sports watch, including an olive shade of their Offshore Diver, hunter green tapisserie dials on their Royal Oak Chronograph and Tourbillon models, and a particularly striking example of the Royal Oak Extra-Thin “Jumbo” cased in platinum with a smooth green vignette dial.

Rolex got in on the green action as well, with the new palm frond dial that was announced as part of the new collection of novelty dials for the classic 36mm Datejust, which is being marketed more and more to both men and women.

Fans of classic tank watches on leather straps won’t be left out of the green action either, with Jaeger LeCoultre introducing a Reverso Tribute with a deep green dial and strap, and Cartier resurrected its entry-level Must de Cartier line from the ‘70s with stainless steel, solar-powered tanks in green, red and blue.

Greens found in nature only during an Easter Egg Hunt were among the Oris Divers Sixty-Five “Cotton Candy” collection, which features pastel green, pink, and blue dials in brass cases, and the Breitling Premier B09 Chronograph 40 in stainless steel with pistachio main and subdials.

Everything Old Is New Again

The Premier B09 is a perfect segue into the other big trend on display at Watches and Wonders: retro-style watches inspired by models from brands’ back catalogues. People unfamiliar with Breitling’s history would be forgiven for thinking they were a brand that only produced chunky sport watches, as that’s what they were most associated with for the last 40 years, but in decades prior Breitling made some very elegant chronographs, and they’re breathing new life into that heritage with the introduction of three new models in their Premier Heritage Collection. The B09 is so retro its dual chronograph movement is still manually wound, and the handsomely proportioned 40mm case is available in either the aforementioned stainless steel and pistachio green, or a cream dial on red gold. The Breitling B15 Duograph steps the case size up to allow for the extra complication of a split-second rattrapante function to the dual chronograph layout and is available in either stainless with a deep blue dial or in red gold with a black dial.

Rounding it out is one of our favorite releases in the whole show, the Breitling B25 Datora. Featuring a chronograph, moonphase and day-date readouts in either stainless with a copper dial or red gold with cream, the B25 offers a look reminiscent of the Patek 5970 at a fraction of the price.

Montblanc released some gorgeous vintage-inspired pieces as well, including the Heritage Pythagore Small Second Limited Edition, perhaps the best version yet of utilizing designs inspired by the archives of corporate cousin Minerva, as well as the 1858 Split Second Chronograph Limited Edition, which features a proprietary gold alloy blend in the face and dial as well as green accents that give the watch an upscale military vibe.

More subtle updates to long existing models are a regular feature of annual watch shows, and this year’s was no exception. TAG Heuer released the newest generation of its famed Aquaracer divers watch, with a number of upgrades to the dial and signature 12-sided bezel to make the watch more useful and legible for those who take it underwater, as well as making it thinner and lighter.

Rolex introduced a somewhat controversial two-tone model of their classic Explorer, as well as bringing the meteorite dial back to the Daytona in both yellow and Everose gold as well as white gold on a rubber strap, which makes for a striking combo.

Cartier’s most noticeable announcement were the solar-powered Must Tanks, but the storied Pasha and Santos line got some bejeweled upgrades, and the bell shaped Cloche de Cartier is once again brought back from the archives.

While the Nautilus may be grabbing most of the headlines, Patek purists will appreciate the introduction of some handsome updates to the Calatrava line with the 6119 featuring a sub-second dial and hobnail “Clous de Paris” bezel in white and rose gold, as well as the introduction of 5236-P001, a moonphase perpetual calendar that marks the first time the brand has ever featured all of the calendar functions on a single line.

While retro continues to be hot, there was still a smattering of new designs from a number of brands, as well as designs that embrace the future rather than the past. Hermès revealed their brand new line of sport watches for men, the H08.

The cushion-shaped case plays on elements of both the circle and the square, while the brand’s creative director used vintage Hermès typography for the font of the numerals. As opposed to watches aimed specifically at diving, flying or other sports, Hermès designed this watch for sport in general, but those needing more extreme weight reduction can opt for a case made of the nano-fiber Graphene.

Zenith utilized Watches and Wonders to announce that they’ll be the official timekeeper for electric off-road racing series Extreme E and debuted their most rugged watch yet in the DEFY Extreme, a 45mm behemoth of a chronograph in microblasted matte titanium.

Finally, bringing one of the oldest time-telling techniques, the chime, well into the future is Ulysse Nardin, with the introduction of the Blast Hourstriker. Ulysse Nardin built a completely new movement to allow the striking mechanisms of the flying tourbillon-powered watch to be visible on the side of the dial and consulted with French audio technology Devialet to devise a special titanium membrane to enhance the tone of the chime, as well as a special caseback which acts as a natural speaker to amplify the sound.

A full rundown from the participating brands and details on the upcoming Shanghai event is available at the event’s official website.

Behold, One of the Most Complicated Timepieces Ever Concocted 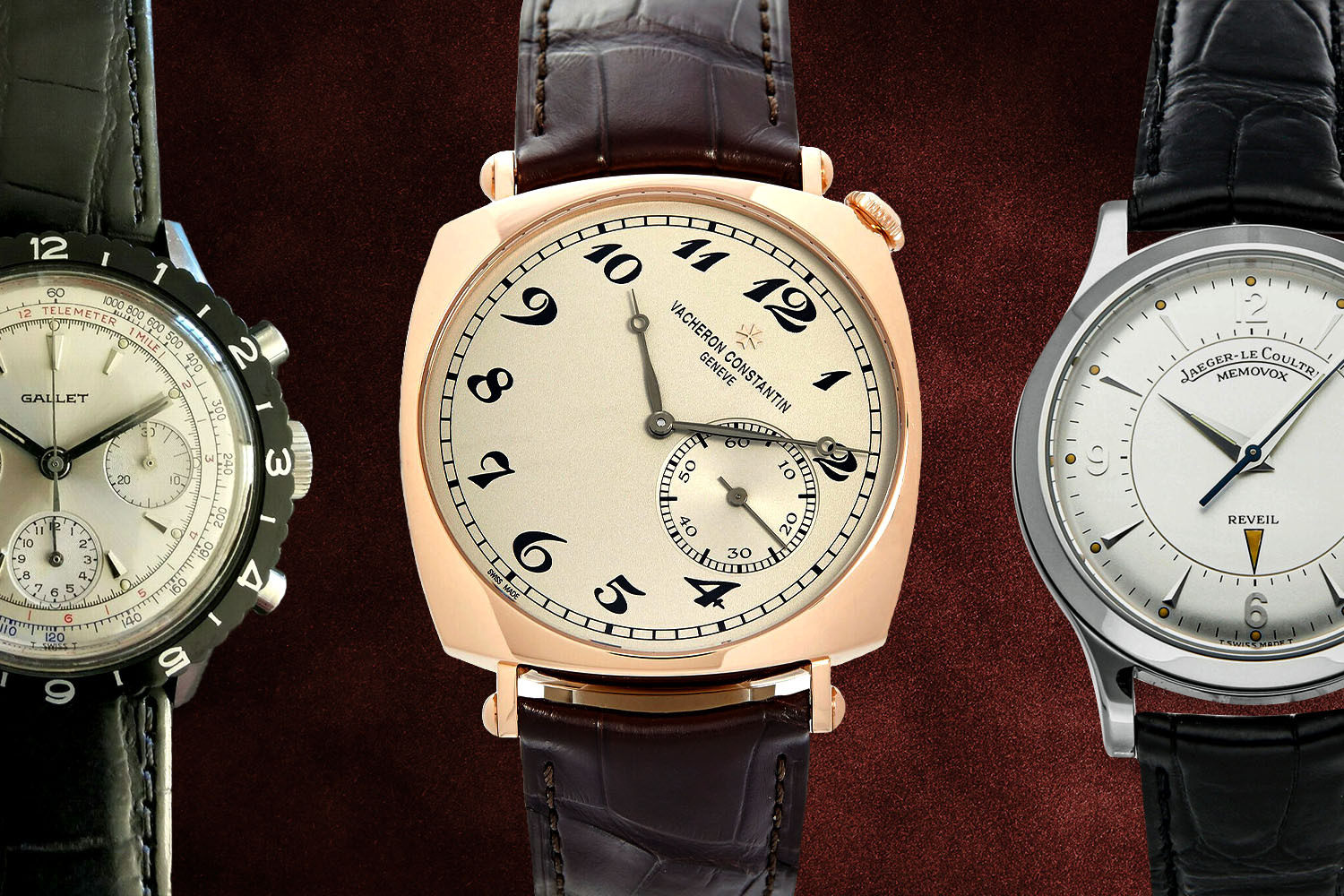 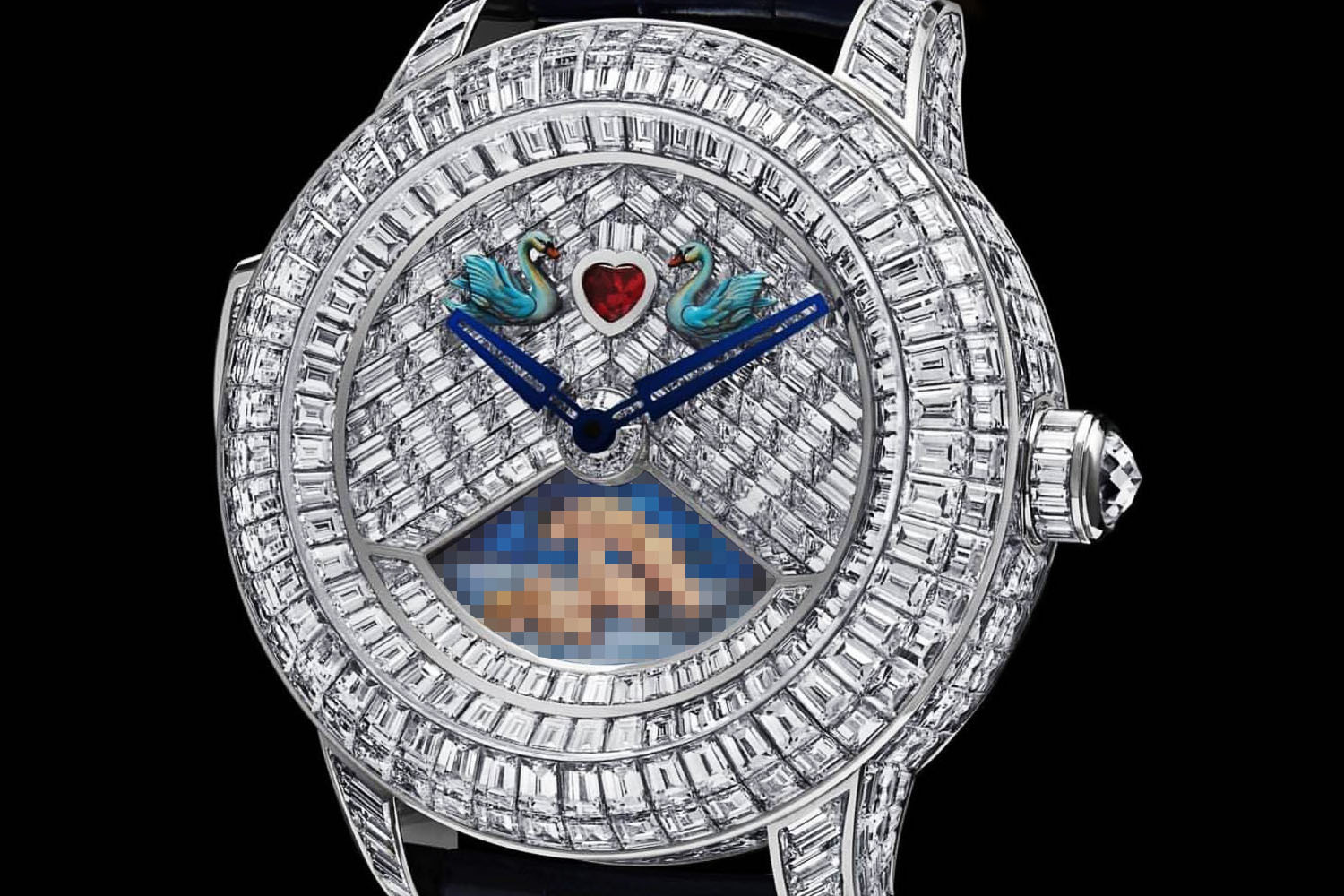