How the Gin Rickey Became DC’s Most Iconic Cocktail

The story begins in a barroom in the 1880s

If you’re going to drink D.C.’s official cocktail, the Gin Rickey, do it in the District — obviously.

Where within D.C. to drink it is the real question. You could go to the hotel bar at 1331 E Street, which stands where the Rickey was invented in the late 1880s: Shoomaker’s, now long gone. You could search out past winners of the annual Gin Rickey contest, like reigning champion Morgan Kirchner, the wine director at Imperial, or 2021 winner Ian White, who works at Mercy Me in Yours Truly Hotel.

Or you can do what I did and have one stirred up for you at Columbia Room, the bar owned by Derek Brown, one of DC’s best known cocktail historians. Brown, 46, helped make the Gin Rickey the District’s official cocktail in 2011. Six years later, his bar won Best American Cocktail Bar at the annual bartender competition, Tales of the Cocktail, held in New Orleans, which happens to be the only other city in the country with an official cocktail (the Sazerac).

The Gin Rickey’s namesake — “free-wheeling Democratic lobbyist” Col. Joe Rickey — drank a proto-version of it every day at Shoomaker’s, says Brown. “He called it his ‘mornings’ mornin’’ because he had it everyday at 10 a.m.” Even by today’s standards, Shoomaker’s would have been a dive. Affectionally called Shoo’s, and located on a strip nicknamed Rum Row, it’s been gone for just over a century, a victim of Prohibition. In the late 1800s, though, it was the place to drink in DC, says Brown, who co-authored Spirits, Water, Sugar, Bitters: How the Cocktail Conquered the World. All the politicians went there: “It was the hottest bar in DC … frequented by every president but Millard Fillmore,” a teetotaler. And, with both the Washington Post and the Washington Times right down the street, journalists hung out there, too. The colonel, whom Brown says “was at one time one of the most famous people in the country,” bought the bar in 1883 from its original owners (who opened the “resort,” as it was termed, in the 1850s).

One of the best descriptions of Shoo’s comes from a 1909 book by Elbert Hubbard: “A grocery — a wet grocery — where no groceries have been sold since Lee surrendered to Grant. There are boxes piled to the ceiling in this grocery, and you make your way thru a narrow passage, past barrels and kegs, and find yourself in the back room, vulgarly called the barroom. Outside, the place is guiltless of paint, and the architecture is an eyesore to the surrounding neighbors … The shabbiness of the place is its asset; the cobwebs are its charm.” 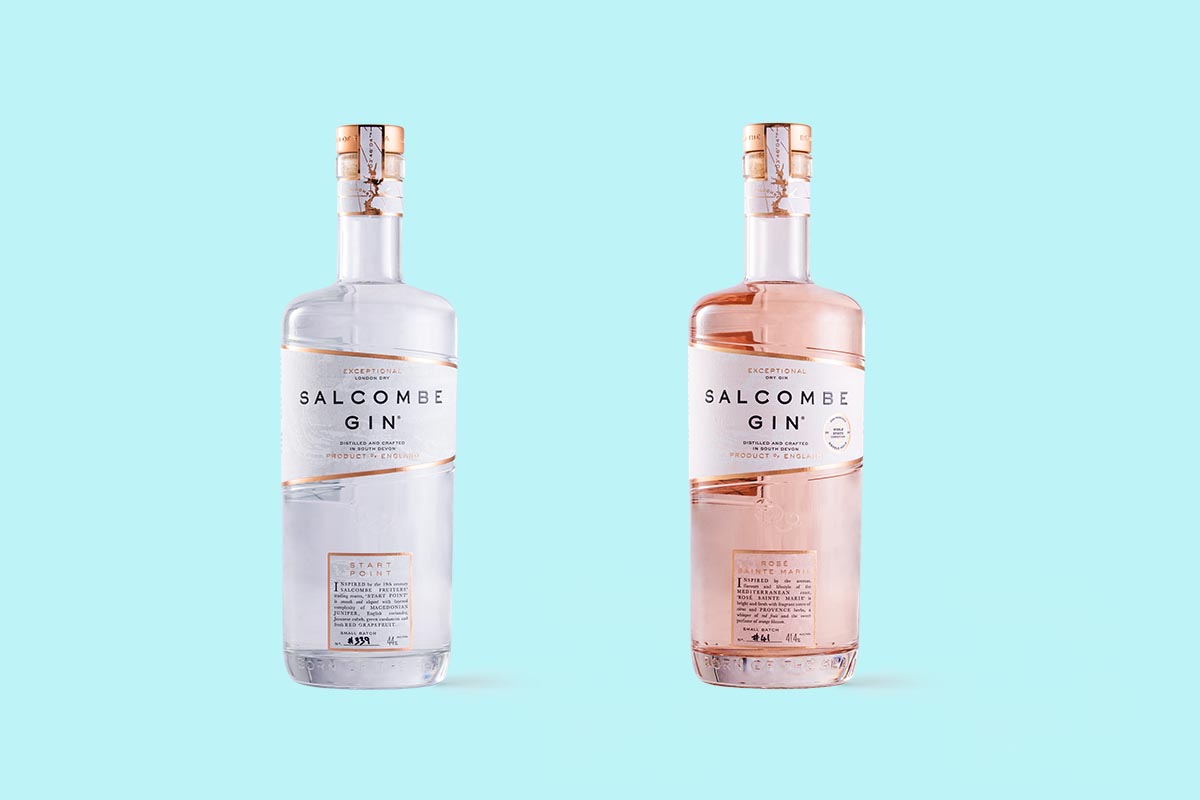 Review: Salcombe Gin Is a Bright, Refreshing Way to Kick Off 2021 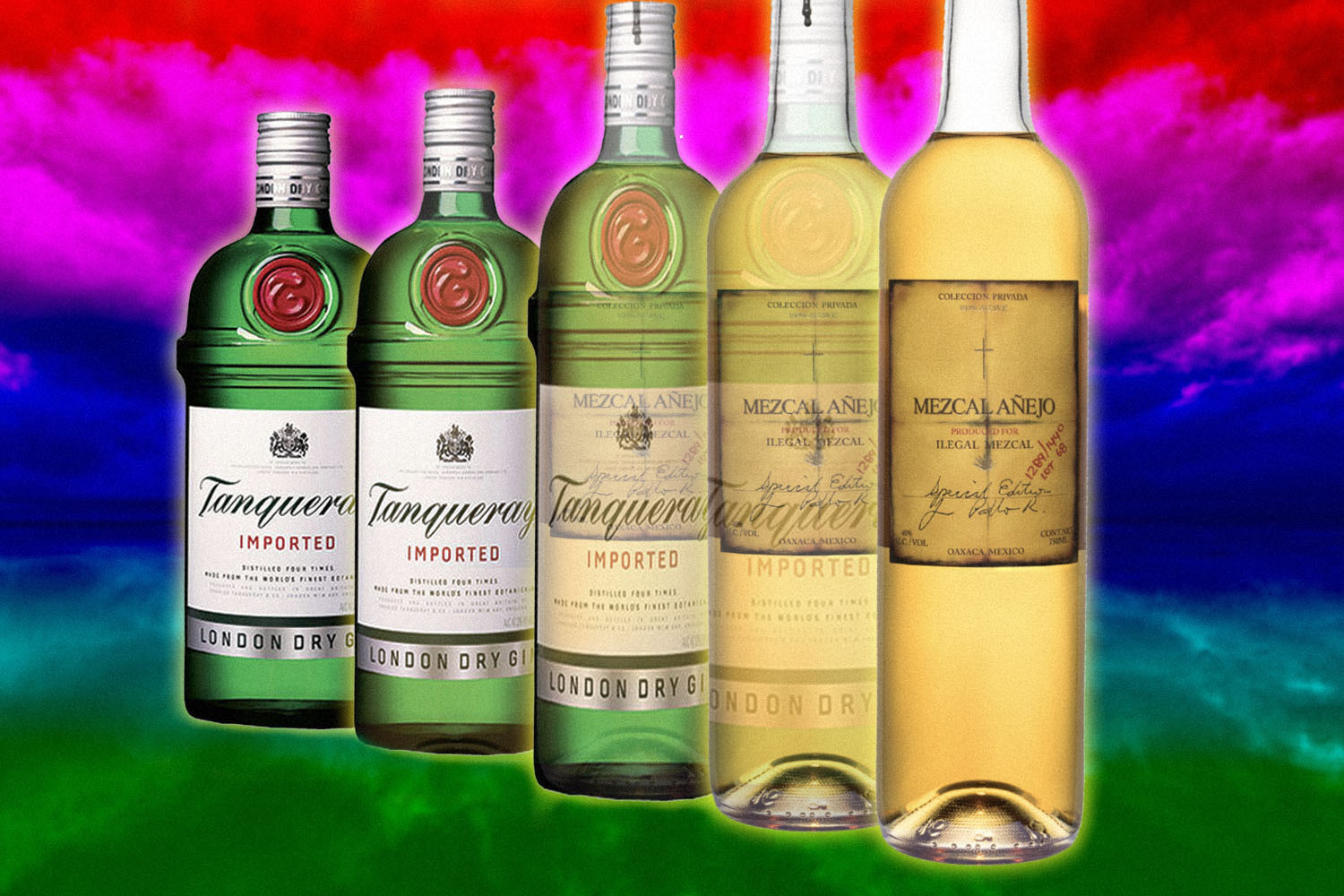 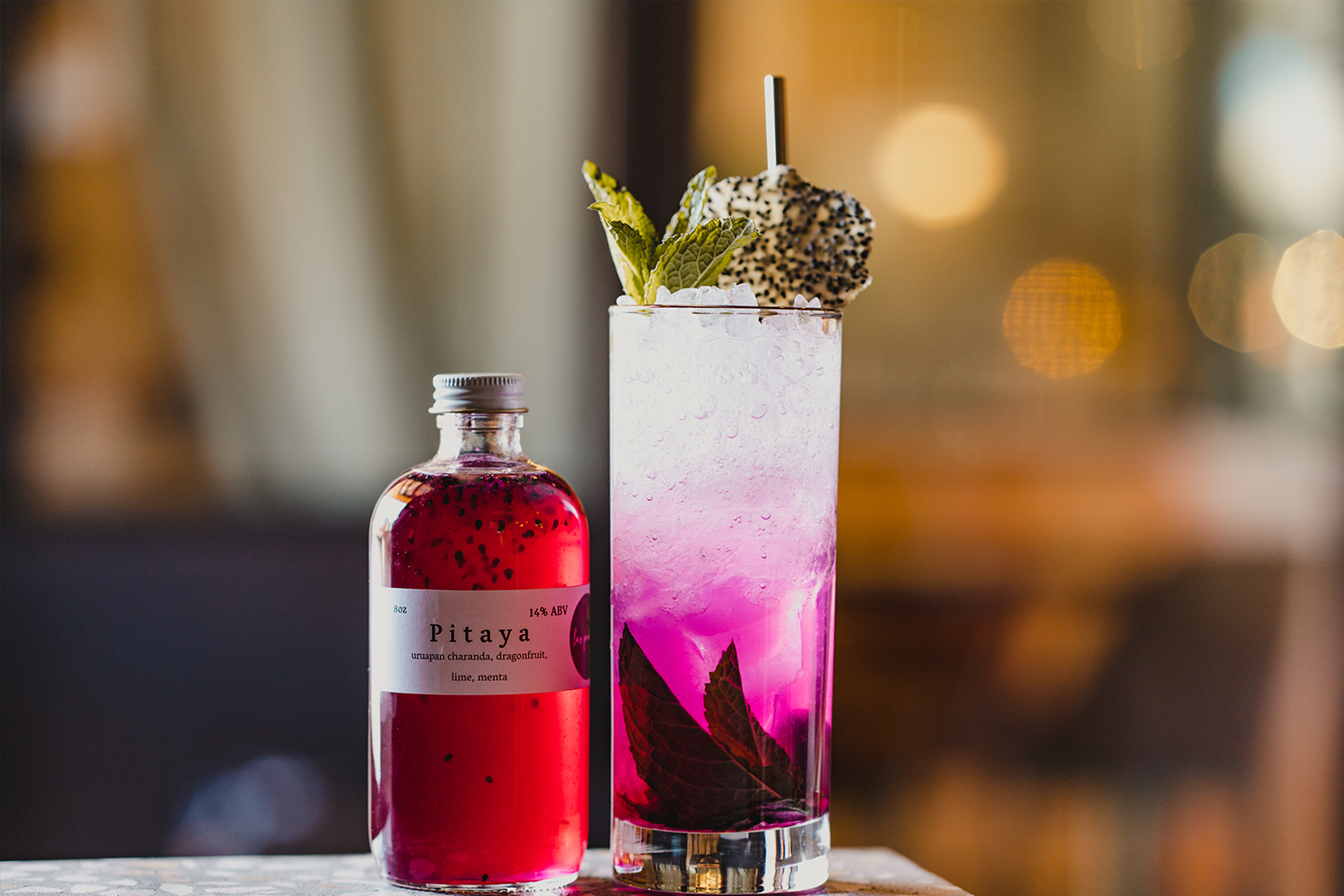 The “Original Rickey,” also called the “Joe Rickey,” was made with whiskey (bourbon, usually) rather than gin. Brown says it was invented by Shoomaker’s bartender George Williamson some time in the 1880s, after the colonel bought the bar. At a stranger’s suggestion, Williamson added a half-lime to Rickey’s drink — apparently to the colonel’s satisfaction. As with much undocumented history, though, there are other versions of the story. Dale “King Cocktail” DeGroff likes the version told by the man he calls “the historical oracle, David Wondrich,” who believed the drink was the colonel’s idea, not the bartender’s. “There’s a little note that David has in his collection that actually came from Joe — he’s got the actual piece of ephemera in Joe’s handwriting, where he scribbled the recipe out,” says DeGroff, a world-premier mixologist who penned the industry bible The Craft of the Cocktail. “Joe did take the drink on the road, so he was certainly the guy who popularized it, not the bartender.”

As a DC lobbyist, “his job was to get the word out, as it were, and he was a popular character of the day,” says DeGroff of the colonel. “He was one of the sporting crowd, and those were the guys who really popularized these drinks and their bartenders, you know — Joe got around to all the major bars and spread the word.”

The name of the drink is credited to Rep. William Henry Hatch and Fred Mussey, who were at Shoo’s the day the drink was made for the first time. When they next ordered it, they apparently requested the “Joe Rickey drink” (à la “I’ll have a Joe Rickey”), according to a 2008 article in the Wall Street Journal). Their original, whiskey-centric Joe Rickey, though, was not long for this world: About ten years after its invention, during the 1890s, “some genius mixed it with gin, and it became a national sensation,” says Brown.

“It used to eat [Rickey] up that everybody was making it with gin because Joe’s Lime Rickey was made with whiskey,” says DeGroff. But it was an era when gin was giving “whiskey a run for its money. We were a whiskey-drinking country, whether it was Irish whiskey or American whiskey, Scotch whisky. So I think you saw that change-over, post 1890. … The Rickey was easy because all you have to do is put in some lime juice and soda, and you can make it in your bathtub.” It became an international sensation during Prohibition “because we were going [overseas] to drink. We were ‘alcohol tourists’ in the Caribbean and Cuba or Paris or London or wherever we were traveling to drink.”

All the world’s a stage for the Gin Rickey, which appears in F. Scott Fitzgerald‘s 1925 classic The Great Gatsby (Chapter 7). The non-alcoholic version, the Lime Rickey, has maintained an equally high profile. Made even more popular by DeGroff during the re-opening of Manhattan’s Rainbow Room in the 1980s, the Rickey’s cousin found its way into popular culture, starring in The Glenn Miller Orchestra song “Jukebox Saturday Night” and an episode of The Simpsons: “Burns, Baby Burns,” according to Brown.

Visitors who prefer a non-gin drink need not worry: It’s not actually the required choice in DC, says Liz Williams, founder of the National Food & Beverage Foundation and co-author of Lift Your Spirits: A Celebratory History of Cocktail Culture in New Orleans. “But having an official cocktail does mean that you can go there and say, ‘Let me try your city drink,’ and what a fun thing that is!”

Below, find a recipe for the original Joe Rickey, courtesy of Derek Brown — who says this “air conditioning in a glass” is the perfect summertime drink. Made with fresh lime, carbonated water, and ice — and of course, gin — it’s cool and tart; those needing a sweeter taste can add up to a quarter-ounce of simple syrup.

Start with 2 ounces bourbon. Add ½ of a lime that’s squeezed and then dropped into the drink. Add ice. Top with sparkling mineral water (originally made with Apollinaris water — from a spring in the Ahr Valley of Germany). Soda water can be used. No sugar. Serve in a large wine glass or a high ball (originally served in a goblet).

Note: “You need to take that half of lime, squeeze it and drop it in — into the drink because that’s the tradition,” says DeGroff. “And that changes the flavor. If you squeeze the lime and then discard it, you’re losing the flavor of the oil. When the oil is coming out of the skin, that’s different flavor.” 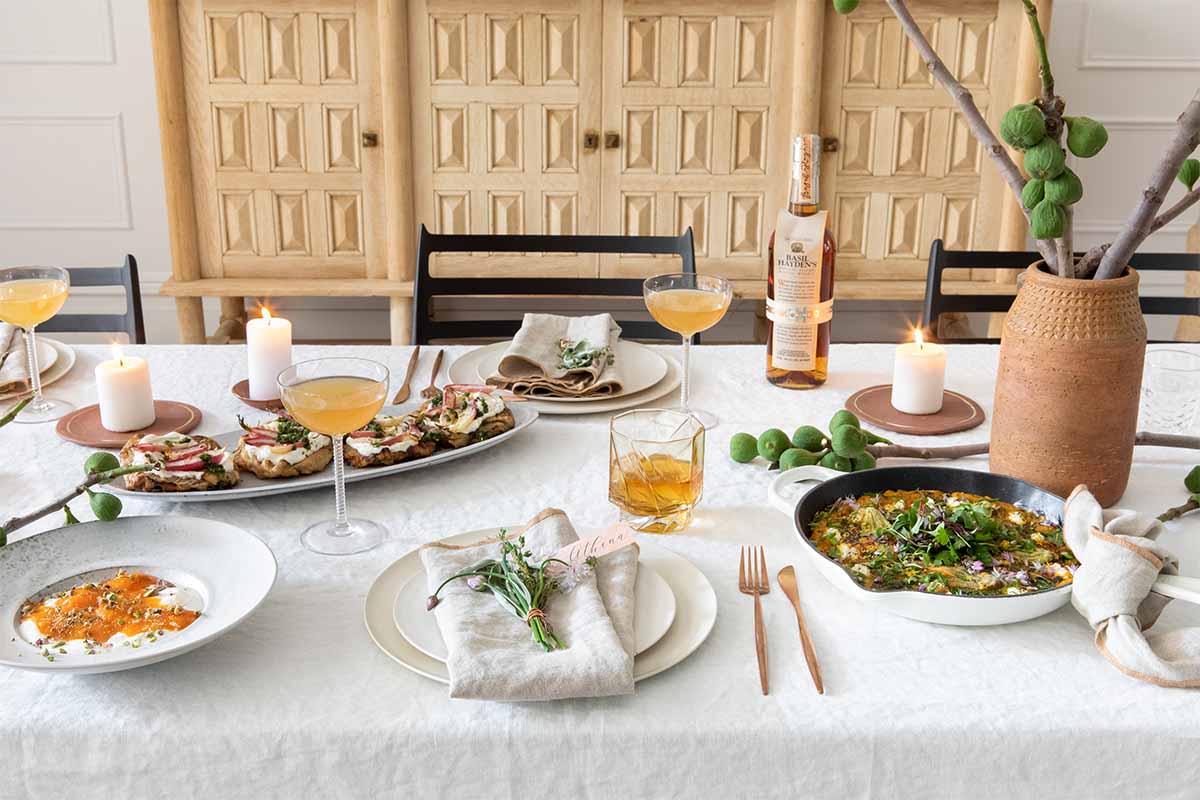 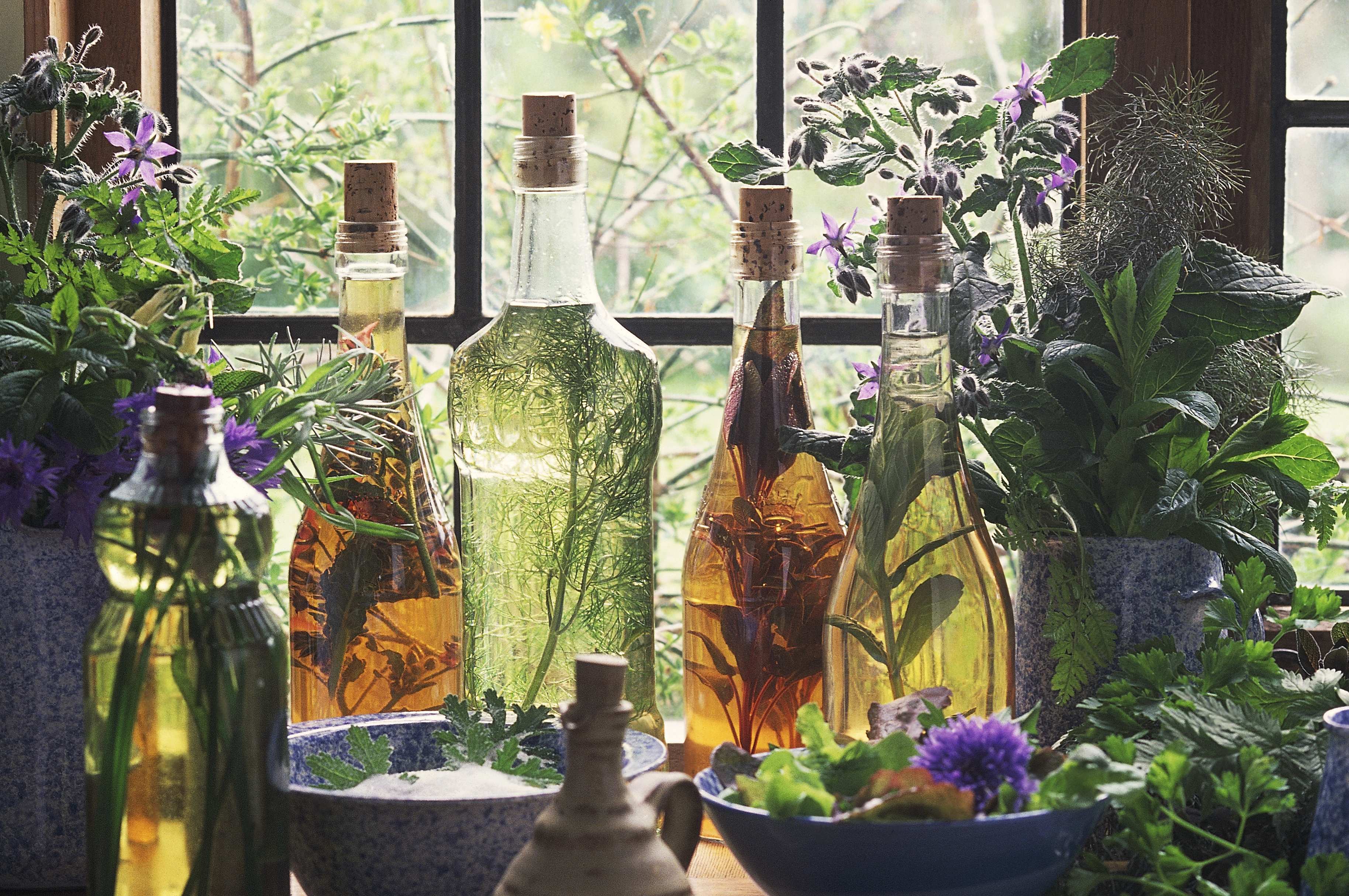 Why Infusions Are the Ultimate Cocktail Cheat Code 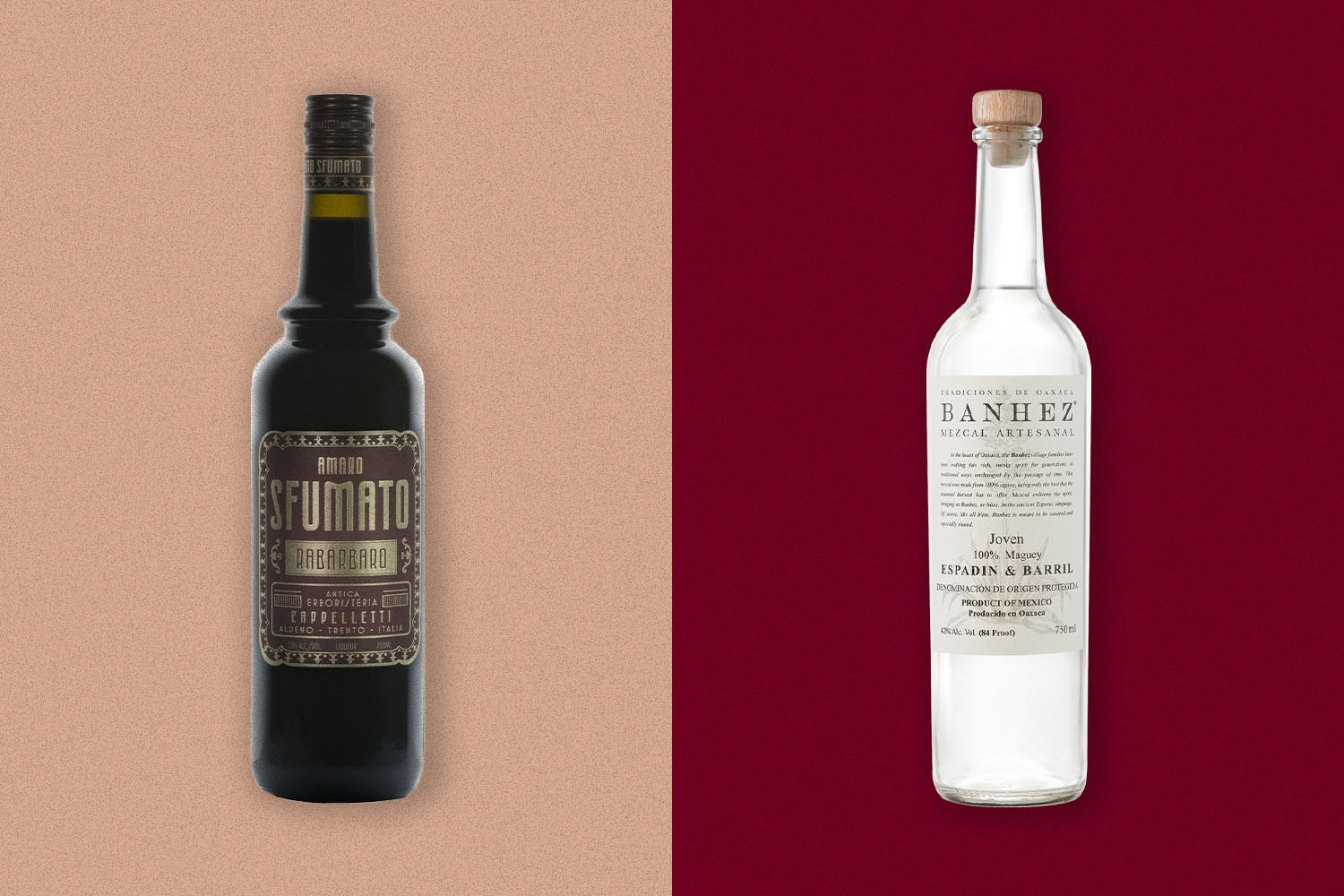 The 50-50 Cocktail Is a Miracle of Modern Mixology