For a Brief Moment in History, Yuppies Made the Stretch Limousine King

An appreciation of the stretch limo, a status symbol that will never line the block again 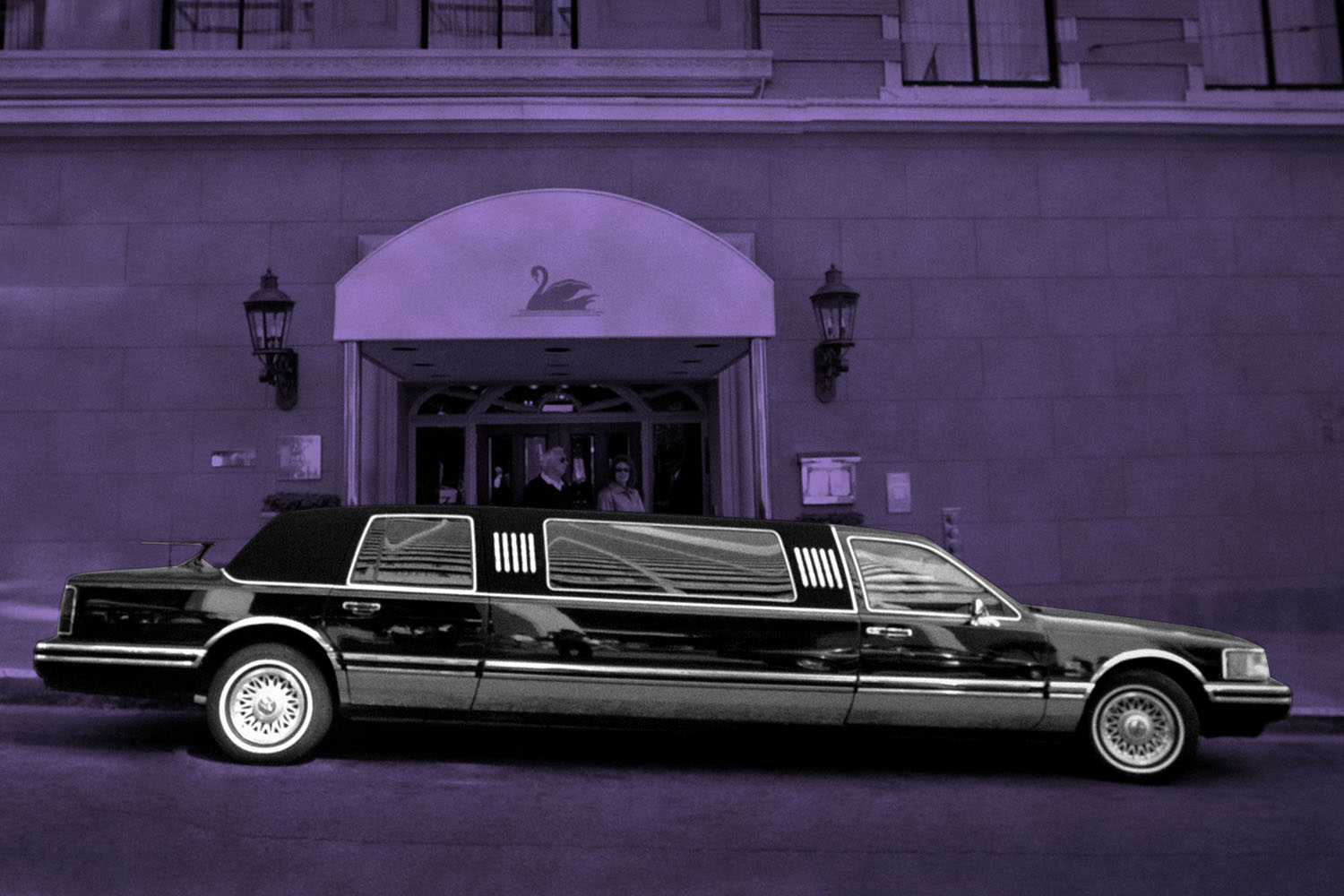 There was a time when rolling up in one of these boats was the pinnacle of status
Francis Chaverou / Getty Images
By Alex Lauer / May 6, 2020 9:30 am

What do Patrick Bateman, 1980s Donald Trump and Gordon Bombay before he coached the Ducks all have in common? Their vehicle of choice, like all try-hard yuppies, was the stretch limousine.

Today, the limo is associated with high-school proms, bachelorette parties and weddings, for the most part relegated to one-off events where people who drive used sedans and practical crossovers can pretend to be part of the one-percent for a night. But when those same people pass a limo in their own cars, they’re not thinking about which financial heavyweight or media mogul is hiding behind the tinted windows — they’re hoping some teens don’t pop out of the sunroof and start blaring Travis Scott. Even they know the heyday of the limo is over.

That’s because these days, the nouveau riche don’t leave the Palladium and hop into one of a train of chauffeured limos idling down 14th Street. The era of the SUV has infected the young and wealthy as much as everyone else — whether we’re talking new, vintage or ostentatious — and half the time they’re more concerned with the app-based service bringing the car than the vehicle itself. Sure, the chauffeured company car lives on in certain circles, and with certain industry vets who refuse to accept less, but now it’s an Uber Black Benz instead of a private Lincoln Town Car.

For a brief moment in history, the stretch limo was king. Its status began to wane, as with much of the yuppie kingdom, on Black Monday, that all-too-timeless stock market crash in October ‘87; although its cultural impact, like the elongated bodies of the Cadillac Broughams, took a long time to pass out of sight.

When people look back on that decade, the cliche of the yuppie chariot is easy to remember, with the adjectives extravagant, garish and excessive coming to mind. The late, great satirist Russell Baker coined them, sarcastically, “ultimate driving machines,” writing in his Observer column that they were “so long it might take a grown man from breakfast to lunch to walk from back bumper to radiator.”

That pigeonholed description, while amusing, does a disservice to yuppies everywhere, but more importantly, it does a disservice to history. And while Gordon Gekko is not a real historical character, his iconic limo scene in Wall Street, teaching Bud Fox a lesson from the end of a cigarette, gets to the meat of the stretch limo’s importance.

When Fox asks about the importance of hard work, Gekko says:

“You work hard? I’ll bet you stayed up all night analyzing that dogshit stock you gave me, huh? And where’d it get you? … Wake up, will you, pal? If you’re not inside, you are outside. OK? And I’m not talking about some $400,000-a-year working Wall Street stiff flying first class and being comfortable. I’m talking about liquid — rich enough to have your own jet, rich enough not to waste time.”

The limousine was the ultimate vehicular time saver. Stuck in midtown traffic? On the 101? On the commute into (or out of) your financial epicenter of choice? It didn’t matter, because yuppies weren’t the ones driving. They could watch Reagan press conferences or eat a whole cheese pizza just for themselves or even send a few faxes. In later decades, success became a measure of personal burnout — how willing young professionals were to work around the clock, do everything themselves and prove their worth, to the detriment of their mental and physical health — but for the yuppie, it was how far you could rise at the expense of others, whether that was your assistant making dinner reservations or the chauffeur on your company dime.

If the original yuppie’s vehicle of choice was the black stretch limo with a mini bar and privacy screen, today’s yuppie equivalent is driving a luxury crossover with Apple CarPlay and Waze to make sure they get to work (to the gym, to the distillery) as quickly as possible.

What these vehicles offered was another space where yuppies could hold court, and as such, the model of the car, the actual automotive design elements, were at best a footnote and at worst utterly forgettable. Take Patrick Bateman, for instance, the yuppie archetype from Bret Easton Ellis’s American Psycho. Despite name dropping brands on just about every page, from Karl Lagerfeld suits to Sony CD players, he doesn’t seem to care about what type of car he’s getting in.

When it comes to the limo, Bateman just cares whose limo it is — is it Barker’s? Owen’s? At one point, he sees a limousine and asks, “‘Is that Donald Trump’s car?”

That’s not to say nobody cared about the name on the hood. In real life, Trump certainly cared, enough that in the ‘80s he set out to create the first Trump-branded product: a Cadillac limousine. As he tells it in The Art of the Deal, Cadillac boss John Grettenberger wanted to produce “a new superstretch limousine that would be named the Trump Golden Series.” But as the late Grettenberger wrote in his own memoir, Trump pitched the idea and said he would purchase 50 of them, but ended up only buying the two prototypes that Cadillac made.

No matter what you think of Donald Trump, you have to admit, back in 1987, there’s a good chance you would have lied to Cadillac if it meant getting your own gold-plated hood ornament.

But as Brian Gram of the Volo Auto Museum makes clear in the video above, when even now-President Donald Trump’s custom limousines are collecting dust as part of a roadside attraction, the stretch limo is done for — it will never, and should never, make a comeback.

Instead of remembering them too negatively or too fondly, it’s probably best to remember them as Russell Baker did in his column, which was printed in The New York Times just one month after Black Monday.

“How often in the old days had I seen [yuppies] racing home after a hard day in Wall Street, their ultimate driving machines adorned with witty sayings like, ‘I’ll Give Up My Condo When They Pry My Investment Banker License From My Cold Dead Hand.’ How often had I gaped at their insouciant bumper stickers that said, ‘If Heaven Won’t Garage My Ultimate Driving Machine, I Ain’t Going.’”

Even if stretch limos never come back, we could at least peel off the bumper stickers and slap them on SUVs.