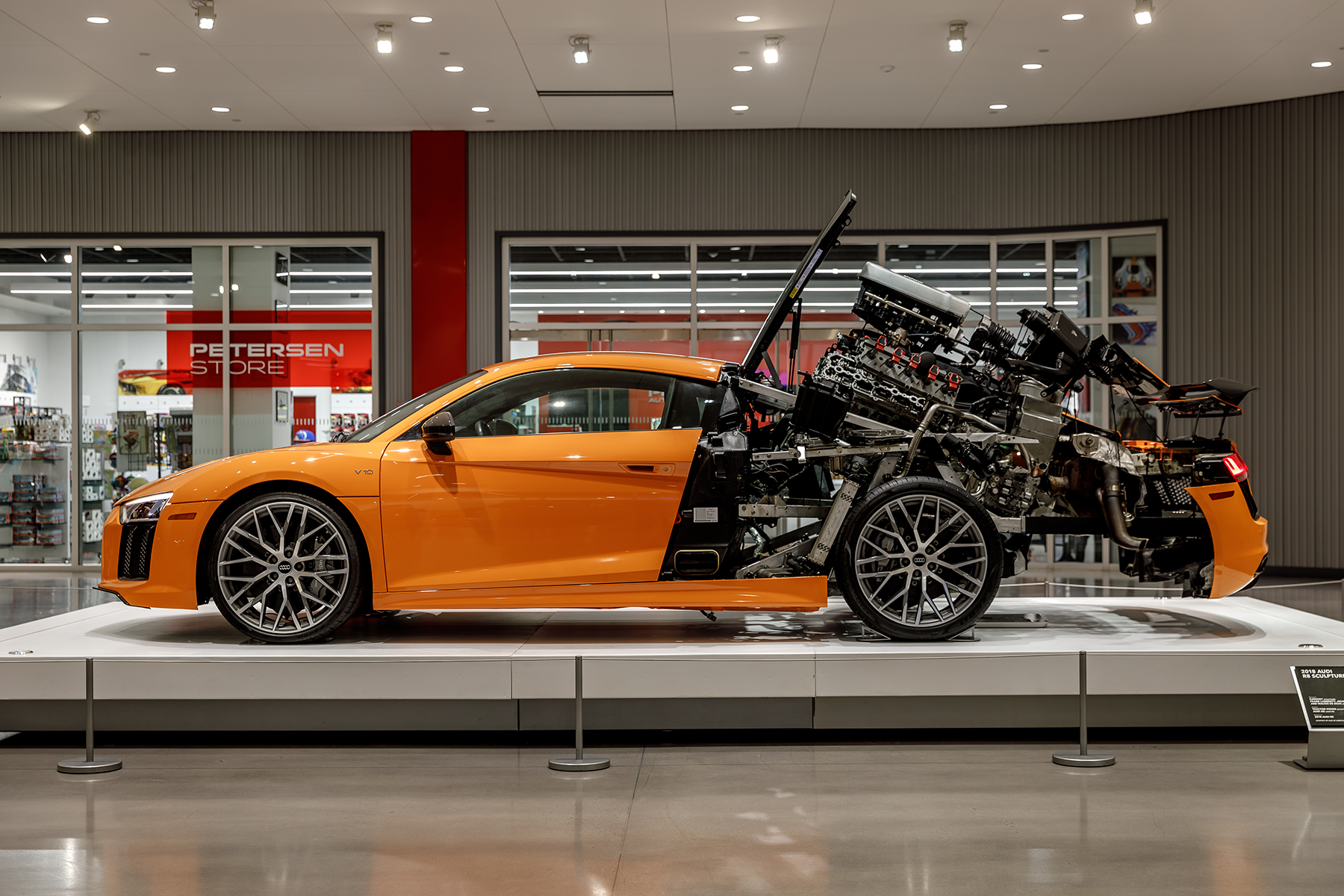 A year and change removed from its gorgeous (if controversial) $125-million makeover, The Petersen Automotive Museum is embracing LA’s Tinseltown roots with its latest exhibition: Hollywood Dream Machines: Vehicles of Science Fiction and Fantasy.

Inside, guests will find autos from some of Hollywood’s most beloved hits — including the ill-fated SUV from Jurassic Park, KITT from Knightrider and rides featured in Marvel’s Iron Man and Guardians of the Galaxy Vol. 2.

The 30+ cars in the exhibition are not merely modes of transportation, but characters unto themselves. Who would stand in front of the original DeLorean DMC from Back to the Future, or Bumblebee’s Volkswagen from the Transformers franchise, and dare call them mere props?

Having executed more than 150 exhibits since 1994, the Petersen Automotive Museum was inspired here by their soon-to-be neighbors across the street — the Academy Museum of Motion Pictures. “We said, let’s feature Hollywood, but let’s do it in a way nobody has done it before,” chief curator Leslie Kendall tells InsideHook. “Let’s do the fantasy, the dystopia, people who create movies see the future.”

In a search that literally spanned the globe, Kendall and co. were able to curate a roster of cars that will appeal to every type of moviegoers. The oldest car in the collection is a Probe 16 from the cult classic A Clockwork Orange; some models — like the Tatooine landspeeder from Star Wars Episode IV: A New Hope — stretch the very definition of what a car is.

“The public likes to see two things: They like to see what they expect to see. So if they come to a fantasy and science-fiction exhibit at the Petersen, we had better have a Tron motorcycle, we had better have a Batmobile, we’d better have some sci-fi staples,” says Kendall. “And we do. But the public is also hungry to learn. They want to say, ‘I’ve never seen that before, but gee it’s so cool, I’m so glad I saw it, I had no idea it existed.’”

Our personal favorites include a corner of the exhibit dedicated to Mad Max: Fury Road, giving a sense of how these beautiful vehicles were created from soup to nuts, as well as a long wall highlighting the futuristic-meets-dilapidated aesthetic that dominated the Blade Runner films. Near the end of the exhibit, there are three generations of Batman gadgetry that no Hollywood car collection would be without.

It’s an exhibit that goes beyond the beauty of the heroic cars we’ve all come to love, highlighting the context, creativity and elbow grease that turned these dreams into reality.

“We exist to provide lessons from the past and inspiration for the future,” says Kendall. “And it’s whatever lesson you take away and whatever inspiration you get, that’s what we’re here to provide.”
The Petersen’s Hollywood Dream Machines: Vehicles from Sci-Fi and Fantasy exhibit runs from now until March 15, 2020 in the Mullin Family Grand Salon. General admission tickets are $16 for adults, $11 for children and $14 for seniors. For more information, go to https://www.petersen.org.