An Era Ends at Lamborghini, Making the Aventador LP 780-4 Ultimae That Much Sweeter

The swan song for Sant'Agata's naturally aspirated V12 is not perfection, but that doesn't make it any less precious

Cue the Boyz II Men, the final Lamborghini Aventador has been delivered. After rolling off the line at Sant’Agata Bolognese in July, the keys to the last LP 780-4 Ultimae were recently given to a customer in Switzerland. It’s going to be so very hard to say goodbye.

For gearheads, a naturally aspirated 12-cylinder engine tugs at the heart strings unlike anything else. The instant power causes your chest to thump, the sound so luscious it makes your soul want to leap out of your mouth, escaping into ecstatic bliss. Of course, free-breathing V12s are not particularly fuel-efficient beasts, and in our age of finally responding to climate change, their death is both sad and necessary.

Thus, the Ultimae is not only the final Aventador, a model that has existed since 2011, but more consequently the last naturally aspirated V12 Lamborghini. This fact elevates the Ultimae from its standing as a sports car to an elegy to the Italian marque’s decades-long history producing V12 rocket ships. After all, Sant’Agata built its iconic brand on twelve-bangers like the Miura, Countach, Diablo and Murciélago before the Aventador was born.

But the Ultimae is also a helluva car in its own right. It’s a stunningly sculpted speed demon that looks ready to crack the Cannonball Run. Through the scissor doors is a cockpit designed to evoke the feeling of a fighter plane. Push the accelerator down and you can almost feel high-octane fuel rush up through the pedal and coarse through your veins until it hits your brain, engorging your pupils and filling your mouth with sand. The 6.5-liter, 48-valve V12 revs to 8,700 rpm, cranks out 769 hp and 531 lb-ft of torque, and will blast off to 60 mph in 2.7 seconds. Top speed is advertised at 220 mph, but you’ll need to find somewhere special to take it anywhere near the limit.

On twisty roads, the Ultimae comes to play with a staggering amount of grip and agility. Thanks in part to all-wheel drive and massive Pirelli P Zero Corsa tires, it’s nearly impossible to find the edge, but wise drivers should get into the Ultimae with both respect and a little bit of fear. Perhaps it’s not trying quite as hard to kill you as, say, a Diablo was a couple of decades back, but flip it out of line a little too much and it’s not hard to picture yourself unconscious in a ditch — or at least your Lamborghini on a winch.

As you pull onto the highway, the first thing you notice is how easy it would be to end up unexpectedly at triple digit speeds. The next thing is that your sight line sits low enough that you get the impression you could slide right under that tractor trailer. But this isn’t Fast and the Furious — you definitely should not try that.

While this is the final Aventador, Lamborghini has still not “perfected” it. Rear visibility is still a joke, as is the transmission; if you haven’t mashed the pedal all the way to the floor, the arcane single-clutch automatic hesitates so hard it feels as though you’ve hit a massive pothole or a medium-sized dog with every shift. 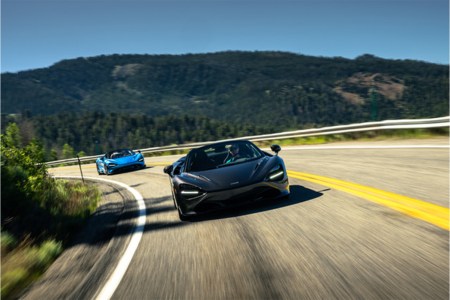 Our writer put pedal to the metal in a 765 LT Spider and a 720 S Spider. Spoiler alert: It was awesome.

Then there’s the infotainment system, which was high tech 11 years ago when the Aventador launched. By today’s standard it might as well be an Atari. I’m told they’ve retrofitted it with Apple CarPlay, but I couldn’t get it to work. Honestly, I was lucky to get an FM radio signal.

But if you’re buying a Lambo for the stereo, you’ve missed the point. Those 12 beautiful cylinders are chock-full of charisma and theaterics. They bellow and shout throughout the power band and crescendo at max rpm like Roger Daltrey at the end of “Won’t Get Fooled Again.”

Much like a reunion show by The Who, the Ultimae is a rather expensive experience. The tester Lamborghini loaned me had a $558K sticker price, which is enough to put both the new Urus Performante and the Huracán Tecnica in your garage. But of course those only have V10s, and a couple extra cylinders command twice the price. So much for economy of scale.

As one might expect, production was limited to 600 for the Ultimae: 350 coupes and 250 roadsters, all of which were spoken for. Although it’s a collector’s item at this point, if your wallet is thick enough it seems there are at least a couple still at dealers here and there.

It should be said that the news of the V12’s death is somewhat exaggerated. While the naturally aspirated version has had its run, Lamborghini plans on adding a plug-in hybrid setup to a V12 in what will be the Aventador’s replacement next year.

A battery boost (and a new transmission) will almost certainly make more power more efficiently. That’s a good thing. But what will it sound like? It’ll likely still be loud as hell when you floor it, but in less spirited situations, perhaps you might choose a Lambo with a killer sound system. In many ways, the Ultimae and its V12 are absurd anachronisms. But that’s part of what makes it so special, part of what makes it a Lamborghini. The staggering power, the barbaric yawp, the bonkers aesthetic, it all adds up to beautiful insanity, the kind of dream that adorns teenage bedroom walls and, if you’re lucky, comes to pass.

Most of today’s adolescents will never know the pleasures of a V12, and that’s fine. Ignorance is bliss. But for fossil fuel-burning fetishists, the Ultimae lets us linger a little longer in a world where pure breathing twelve-bangers are the pinnacle of automotive excellence, a world where fuel economy is irrelevant. The writing is, of course, on the wall — we are not long for that world. Or rather that world is not long for us. 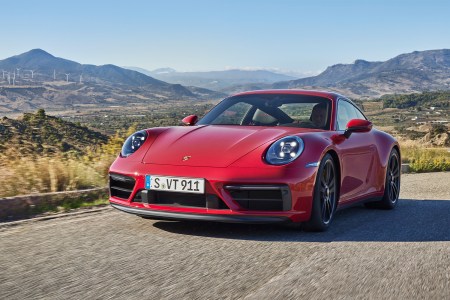 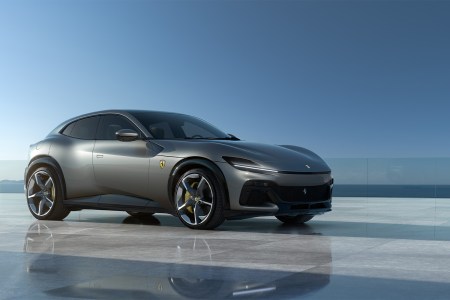