Are V8 engines and off-road packages enough to keep you on team Wrangler?

Why is Jeep selling a V8 Wrangler? To appease customers, yes, but also to compete with the Bronco.
Stellantis
By Alex Lauer @alexlauer

You might be wondering why you’re seeing all this news about the Ford Bronco now, even though the revived version was unveiled almost a year ago. In short, while the tamer Bronco Sport has been available since late 2020, the more enticing, adventure-tuned classic Bronco just started hitting dealerships this month. To drum up excitement, Ford recently wined and dined a bunch of press at its Off-Roadeo facility in Austin, Texas, and those reviews are now flooding the auto airwaves.

There are dozens of reviews you could read, but there’s really no need, as they all say the same thing: Roadshow calls the Bronco a “legit Jeep killer,” CNN Business says “Jeep should be worried” and Gear Patrol says it’s “the Jeep Wrangler’s worst nightmare.” From car mags to niche websites to mainstream news outlets, everyone seems to think the Ford Bronco has what it takes to knock the Jeep Wrangler off its off-road throne.

Included in that list of people who respect the Bronco’s chops? Jeep itself.

As we reported last summer, the automaker tried to steal some of Ford’s thunder by previewing the first-ever V8-powered Wrangler on the Bronco’s unveiling day. But back then it was just a concept called the Rubicon 392. Now, as the seven horsemen of Jeep’s apocalypse have arrived — those would be the various Bronco trim levels, including the Base, Big Bend, Black Diamond, Outer Banks, Wildtrak, Badlands and First Edition — the former first-name in off-roading is making good on its threats.

First and foremost, the Rubicon 392 is now a reality. Not only does it come with a 6.4-liter V8 (something absent from any version of the factory Bronco, though tuners are helping), but the launch edition currently available starting around $75,000 features a two-inch lift, hood scoop and some nice LED lighting, as well as a 0 to 60 mph time of 4.5 seconds (again, this is a Wrangler). While the Bronco just started hitting dealerships in June, the V8 Wrangler was already making its way to customers in the first quarter of the year.

As if that wasn’t enough, Jeep had something else up its sleeve ready to go just before Ford lifted the embargo on the Bronco reviews it set up for members of the press. On June 25, the company announced the Wrangler Xtreme Recon Package, a set of impressive off-road upgrades customers can order for the Wrangler Rubicon 4-door or the aforementioned Rubicon 392, with production starting in August. According to the details, this particular upgrade kit was designed specifically to match or beat the Bronco.

The beefiest Broncos have 35-inch all-terrain tires with 17-inch beadlock-capable wheels, so the Wrangler Xtreme Recon Package offers, you guessed it, 35-inch tires with 17-inch beadlock wheels. The Broncos most suited for rocky terrain have a 94.7:1 crawl ratio, so this new Wrangler ups the ante with an “industry-first 100:1 crawl ratio.” And just for fun, Jeep is adding a 1.5-inch factory suspension lift and some better shocks.

As Roadshow explained in detail, it’s not quite as simple as all this, since to get the most out of either off-roader you’ll need to order specific (read: more expensive and technical) versions, like those with manual transmissions instead of easier automatics, and a specific axle option for the Jeep that isn’t available to order now, but will be available later this year.

In other words, while both Jeep and Ford are currently in an off-road arms race, it won’t affect most buyers. Even if you’re planning on veering off the pavement in your new SUV, you may not need these top-of-the-line models. But we’ll admit that among those who spend their long weekends in mud pits and on top of boulders, bragging rights are a big deal — so don’t expect a ceasefire anytime soon.

So what’s the next front we can expect in the Wrangler vs. Bronco war? Well, Jeep’s new plug-in hybrid Wrangler 4xe is now available and they’ve even previewed what an all-electric version could look like. Meanwhile, the Bronco has yet to see any electrification as they’re busy getting the first models out the door. We have a feeling once startup Rivian finally unleashes its adventure-capable EVs, these two will take the electric category more seriously. 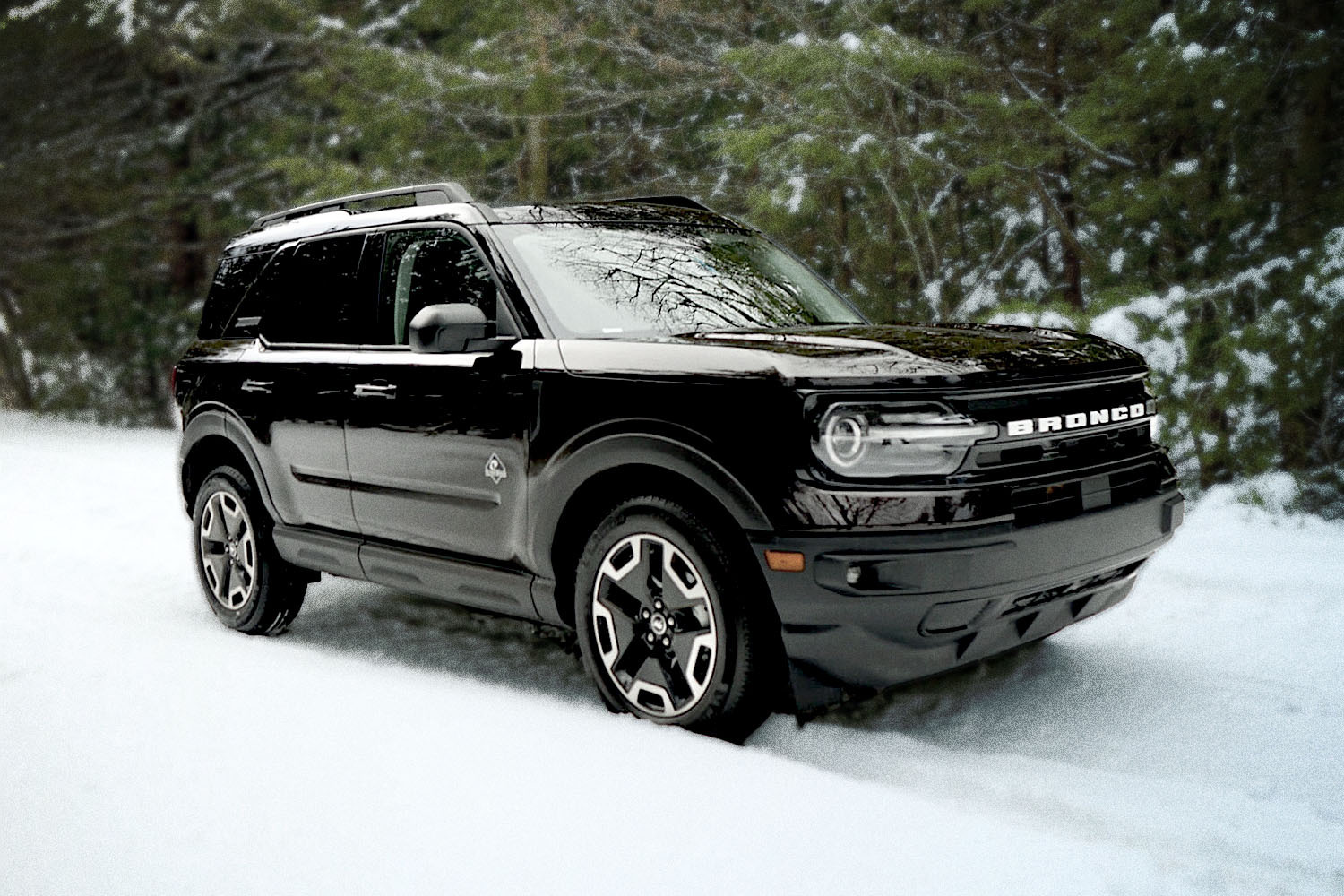 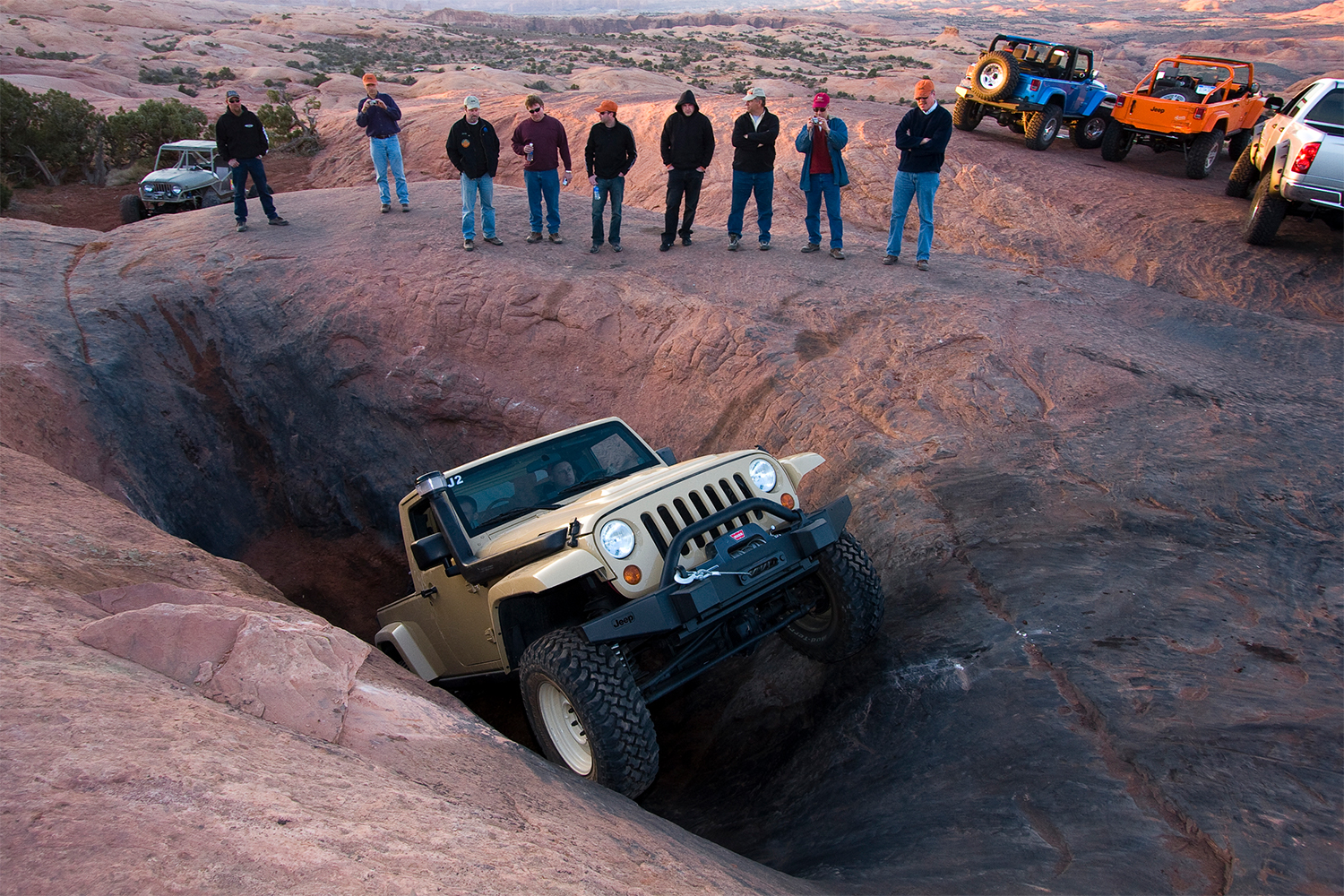 The Best Custom Wranglers Ever Built for the Easter Jeep Safari 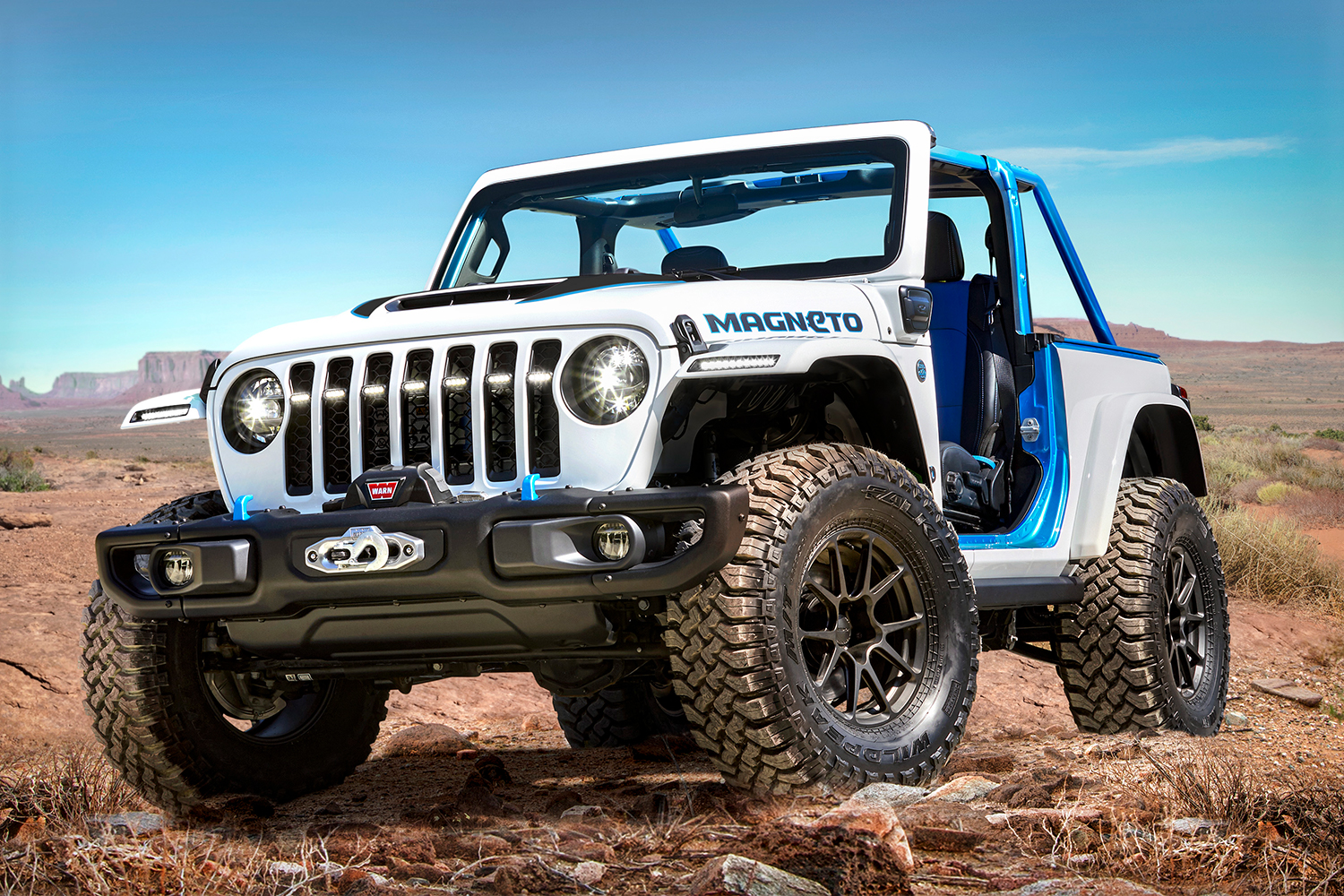 An Electric Jeep Wrangler With a Stick Shift? Please Say It’s Not Just a Concept.