Harley-Davidson gives us the scoop on a special, overland-ready edition of the LiveWire

Ewan McGregor [left] and Charley Boorman next to their "Long Way Up" edition LiveWire motorcycles.
Courtesy of Apple
By Alex Lauer @alexlauer

“[We] cannot confirm the other electric vehicles that were under consideration.”

That’s Paul James, Harley-Davidson’s senior manager of public relations. I got in touch with him to get the scoop on the company’s electric LiveWire motorcycle, specifically how they came to supply the boundary-pushing bike for Ewan McGregor’s new show Long Way Up.

The series, which debuts today on Apple TV+, follows the Scottish actor and his longtime biker pal Charley Boorman on a trip from the southern tip of South America all the way to Los Angeles. Yes, we’re talking 13 countries, 16 border crossings and 13,000 miles on bikes that need to be plugged in. Apparently they made it.

I expected James to be tight-lipped about how they got the Long Way Up team to choose the electric Harley over, you know, every other motorcycle on the market, electric and gas alike.

But the thing is, this is the third round-the-world bike trip for McGregor and Boorman. There was Long Way Round in 2004, where they drove east from London to New York City, followed by Long Way Down in 2007, where they rode south from John o’ Groats, Scotland, to Cape Town. If you’ve read the first book (which is a fantastic, and surprisingly candid, account) or watched the TV series, you know there was heated debate about which bikes would be best to ride for months across inhospitable terrain. They whittled it down to an off-roader from BMW and KTM, and eventually went with the former company for both previous Long Way trips.

There are clear reasons for giving BMW the boot this time in favor of the Harley-Davidson LiveWire. For McGregor and Boorman, they get to be pioneers, taking not just electric motorcycles, but electric vehicles in general — the supposed future of personal transportation — where they’ve never gone before. For Harley, they get promotion for their relatively new “super-premium halo product,” as former president and CEO Matt Levatich described it to InsideHook — one that will define the future of the company.

Right now, they need all the promotion they can get; Levatich is out (maybe voluntarily, maybe not), Jochen Zeitz, who was instrumental in the LiveWire project, is in, and the beleaguered company is trying to navigate the pandemic and the uncertain future of the motorcycle industry.

There’s no doubt that people are going to come away from the show wanting to try out a LiveWire for themselves, whether they’re bikers or not. But the bikes in the show, which started shooting in September 2019, the same month the LiveWire hit dealerships, are not the exact same ones you’ll find if you walk into a Harley-Davidson shop today. After all, motorcycle companies build specific adventure bikes, but one of the tag lines for the LiveWire is “a bolt of lightning that electrifies the urban grid.” Not exactly what you want to hear before an overlanding expedition.

“After being contacted by the Long Way Up team inquiring about the LiveWire model and its involvement in the project, a group of Harley-Davidson designers and engineers were assembled from the broader LiveWire motorcycle development team to modify near-production models to traverse 13,000 miles of terrain and extreme off-road conditions,” Paul James tells InsideHook via email. But he does note that they used production-spec batteries (called RESS, or the Rechargeable Energy Storage System), chassis and Revelation powertrain components. In other words, the important stuff is all the same.

So they tweaked the motorcycles to be overland-ready, what’s so interesting about that? Admittedly not much on its face, but ride-or-die Harley-Davidson fans might be throwing their hands up while reading this wondering, why didn’t they just ride the Pan America? That’s a highly anticipated gas-powered adventure touring model coming out next year.

That’s where Long Way Up gets really interesting: as James notes, the final bikes for the journey were a sort of mutant hybrid between the electric LiveWire and the Pan America.

“To deliver a highly capable, all-around high-performing electric bike, the engineering team combined the dynamically capable on-road performance of the LiveWire model with adjusted geometry and suspension based on the upcoming Pan America adventure touring model to shred dirt roads, single track and desert trails while maintaining its on-road handling prowess,” he says.

“The modified LiveWire motorcycles featured an additional two inches of ground clearance and an additional inch and a half of rear suspension travel,” James adds. “The engineering team created an entirely new steering head and front-end assembly to obtain the desired geometry and clearance required for the larger wheels, taller ground clearance and increased suspension travel for off-road and rough-road use.” Other parts changes included prototype rotors, wheels and tires from the Pan America, as well as completely brand-new, custom windshields, rear shocks and triple clamps specific to the Long Way Up bikes. 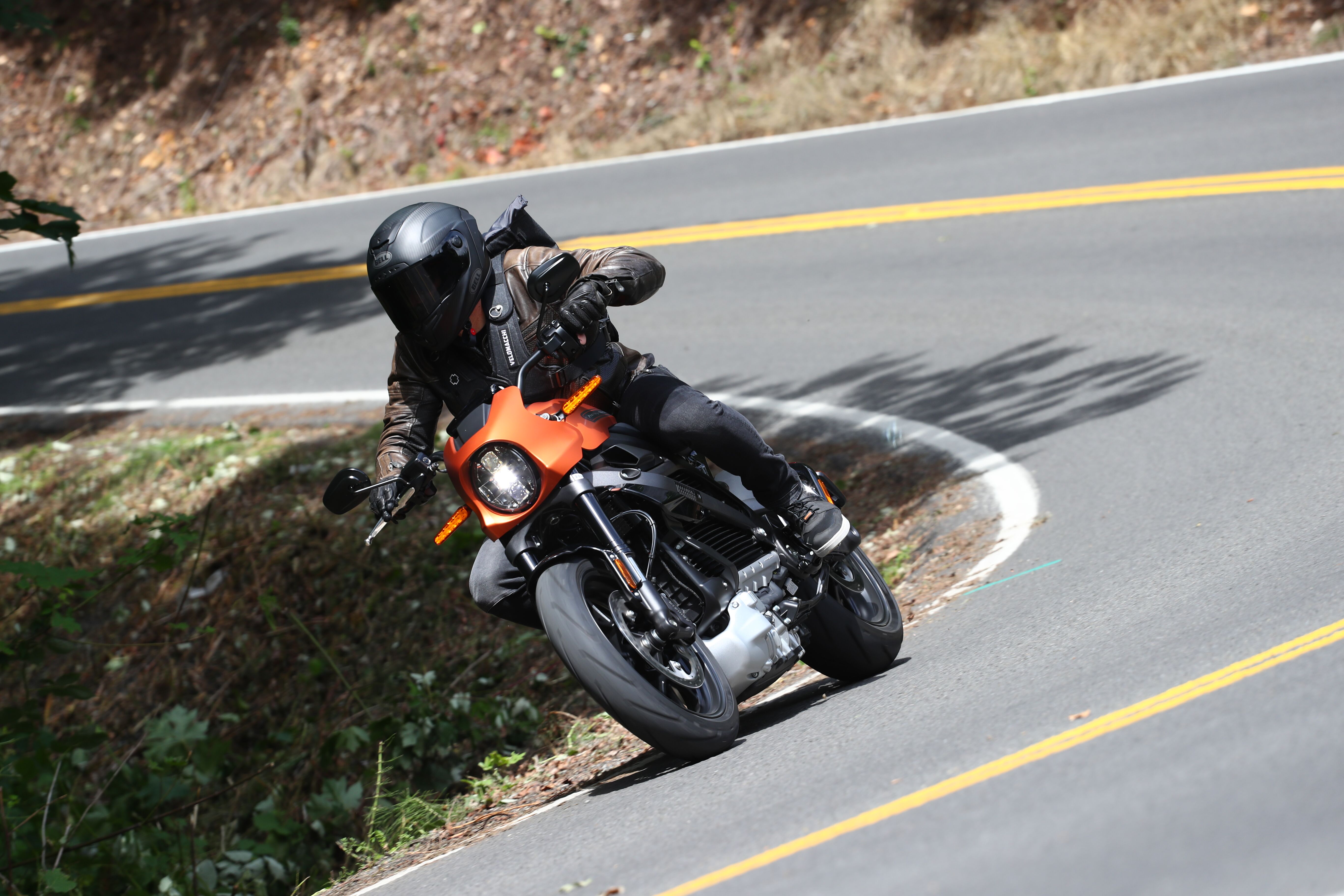 Review: Is the Harley-Davidson LiveWire an Electric Motorcycle Game Changer? 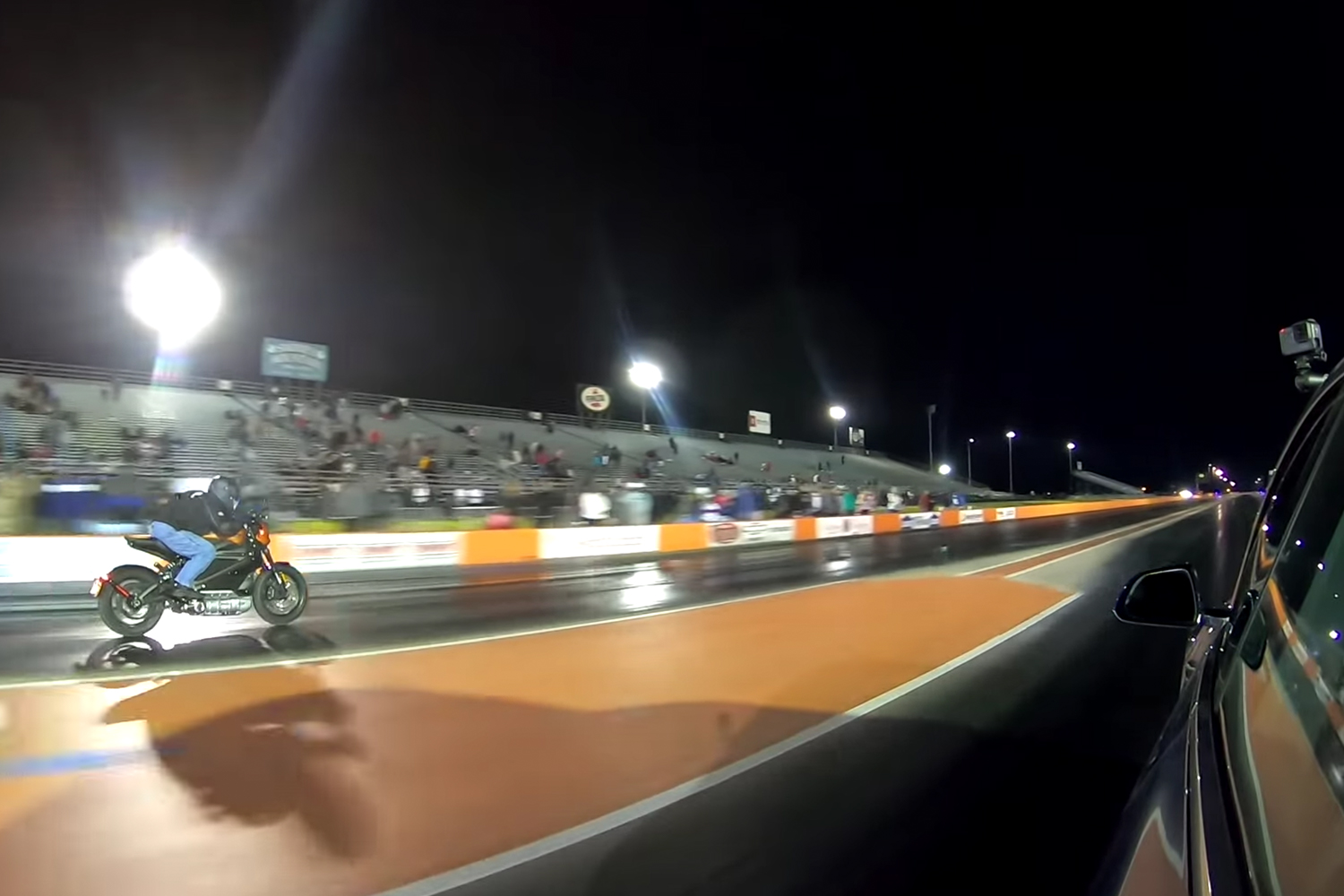 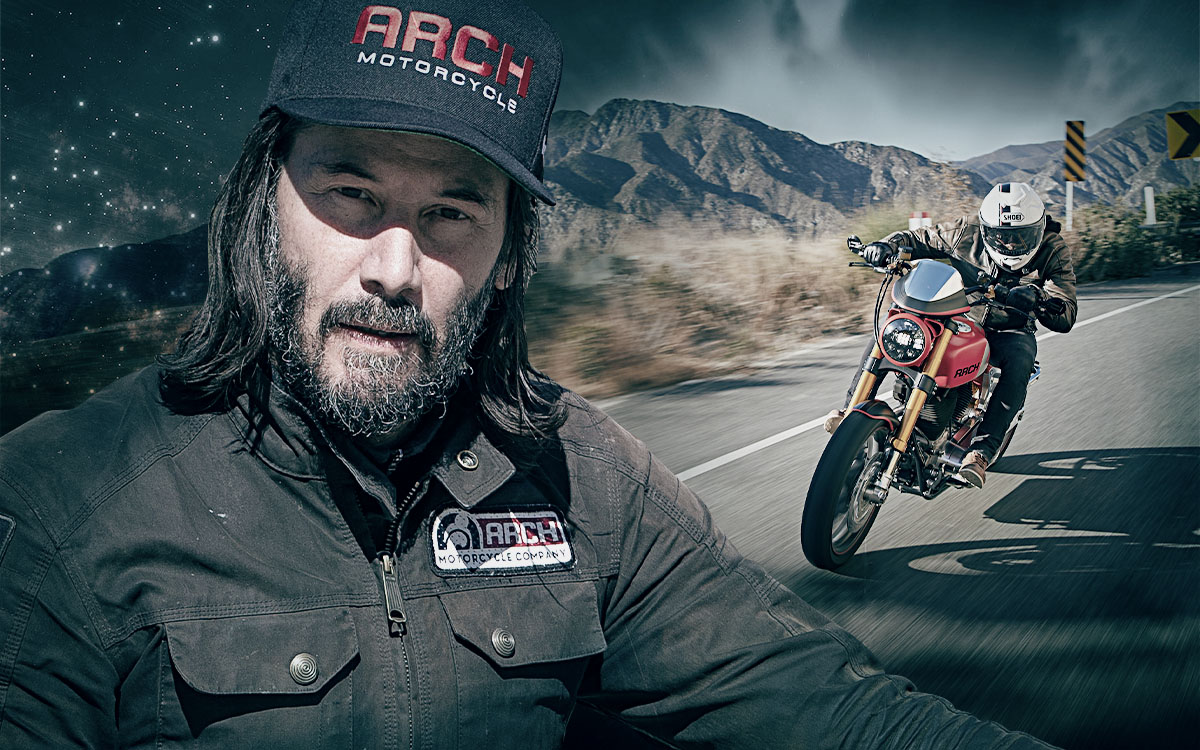 Those admittedly huge changes were tested thoroughly before handing the Frankenstein bikes off to McGregor and Boorman, both at the company’s Willie G. Davidson Product Development Center in Wisconsin and their Proving Grounds facility in the Arizona desert.

But Harley’s modifications for the show didn’t stop at the bikes alone. Along with the electric support vehicles provided by Rivian, “Some chargers were also installed along the Long Way Up route and remain active today for use,” says James.

How did the LiveWire motorcycles with a dash of Pan America and a pinch of secret sauce hold up after 100 days of rough riding, and remote charging, through South, Central and North America? I guess you’ll have to watch to find out.