A Brief History of the Suicide Door

Cars: They used to be cooler

Hit and Run/Primate Pictures
By The Editors @insidehook

Style has never yielded to practicality.

Which is why, in the world of internal combustion, the world will always lust for suicide doors, favored method of vehicular entry of JFK, Mad Max and Kanye West, to name of few.

The physics of the suicide door are simple: it refers to a any door that is rear-hinged, such that it opens from the front, rather than the back. But from whence did they come? Where the hell’d they go? When are they coming back?

And why the morbid moniker?

Pre-1930s
When vehicular composition was in its infancy, designers drew inspiration from the architecture of other transportation modes of the era. We’re talkin’ the way back here. Horse-drawn carriages et al. Carriages culled their blueprints from then en vogue French doors. The center-opening offered an elegant appeal to coaches and made it easier for women wearing long, billowing skirts — bustles and all — to enter and exit. 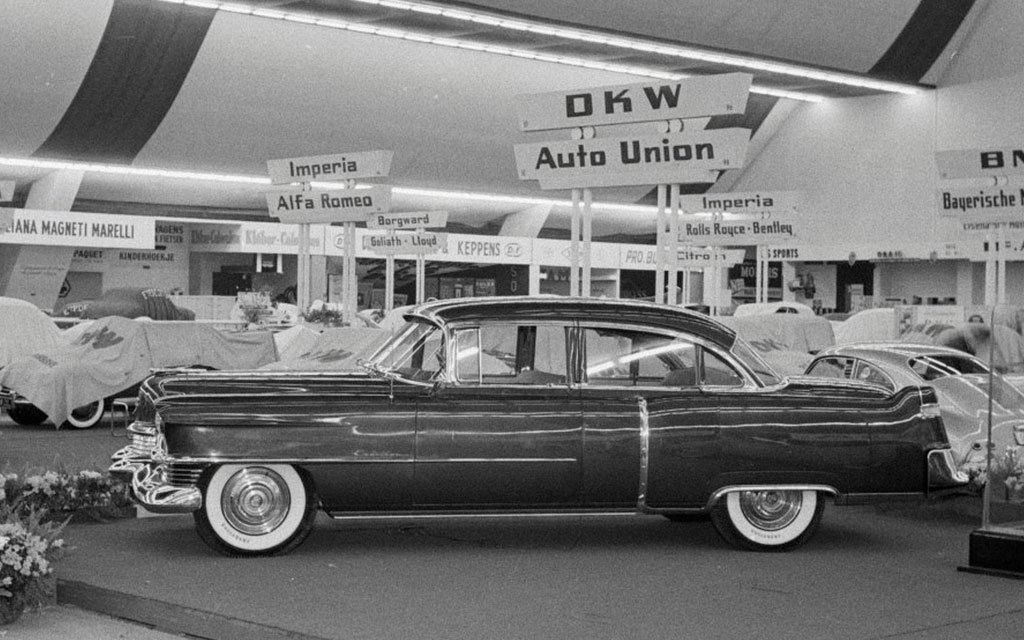 One group of people who celebrated a live-large ideology and these big boats on wheels that came with it: gangsters. While controversial, Dave Brownell, former editor of Hemmings Motor News, will agree this is where the name hails from: suicide doors make pushing someone out a piece of cake.

Other opinions exist. Kit Foster, past president of the Society of Automotive Historians, touts a less “romantic” tale: It was a time before seat belts. If the door’s latch opened while the passenger was leaning against it, he fell out.

Nonetheless, the decade saw classy releases like the Mercedes-Benz 220, Rolls Royce Silver Dawn, Saab 92 and 93 and Toyota Crown, as well as the emergence of Austin FX4 taxis, wherein the cab driver could cordially reach back and open the door for the passenger without exiting the vehicle. FX4’s would remain a London staple through the mid-’80s.

The late ‘50s would yield the longer, boxier luxury models favored by Sinatra and Co. Think the Cadillac LaSalle, Cadillac Eldorado and the Chevrolet Biscayne. 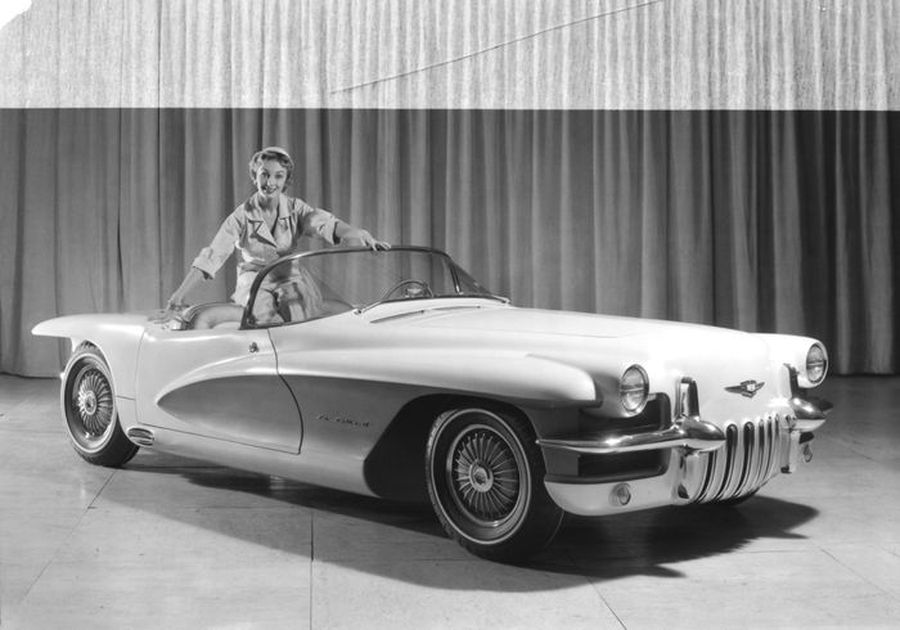 1960s-1970s
Locking mechanisms vastly improve. After ‘67, doors could not be opened from the inside while locked. Mobsters everywhere are up in arms. And a newly incorporated “rolling lock feature” included a sensor on the transmission securing doors automatically at 8 mph. Oddly, a convenience that was offered for only one year.

Post-World War II, suicides doors dwindle, the rear doors of four-door XL sedans — like your grandpa’s Lincoln Continental — its last vestiges. A 1969 Consumer Report for the Subaru 360 states that aerodynamic factors alone can force center-hinged doors to open at any speed.

The Ford Thunderbird was the last mass-produced model with independently opening suicide doors, wrapping production in the United States in ‘71. 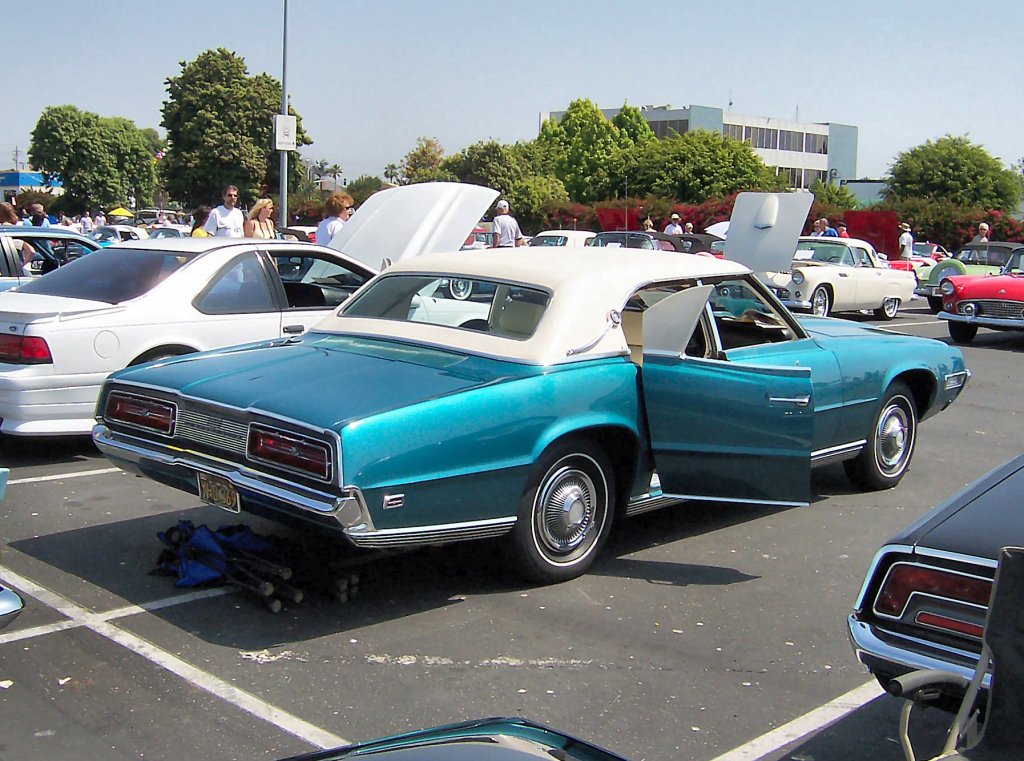 Until 1998…
Saturn unveils a rear-hinged coupe, now with a major functional differentiation: the front door must be opened before the rear door. Many trucks and sedans — the BMW i3, Toyota FJ Cruiser and Mazda RX-8 — follow suit. Pro: low danger of flying out. Con: the addition of the unsightly B pillar, to which seat belts are attached.

Until 2003…
Leave it to Rolls Royce to invigorate a renaissance. Reintroducing independent suicide doors, Rolls releases the Phantom. Other adopters include the Spyker 8 and the Drophead Coupe Convertible. No B pillar. No BS.

What’s in a name?
Admittedly, “suicide door” is not the most marketable of terms. So the recent re-emergence of center-open design also ushers in new nomenclatures. Rolls Royce calls them “coach doors.” The Opel Meriva B, introduced in 2010, has “flex doors.” And 2011’s Mazda BT-50? “Freestyle doors.”

The New School of Suicide
Recent years have seen the release of fanciful, coach door-equipped rides like the Vauxhall Meriva in (2009), the Kia Naimo electric concept (2011) and Kia’s sport-gone-soft Telluride concept.

The Law
Originally set to release in 2012, Carbon Motors Corporation (now shuttered) unveiled the Carbon E7, designed to be the most effective police vehicle yet — up to and including suicide doors that would allow for easy in-and-out-ing of detainees. Last June, the concept was revisited with Toyota’s Ultimate Utility Vehicle. Its affiliation with the 5-0 is speculative.

Concept is King
A number of stunning suicide concepts have also surfaced in the past few years: the Tesla-killing Porsche Mission E , the forward-thinking, fully-autonomous Mercedes F 015 and — fingers and toes crossed — word on the street that a revived Lincoln Continental concept might be driving our way soon.