Tourists have long flocked to the eastern coast, but there's a pretty strong argument to be made for the other side of the island as well

My first flight into Sicily was a bleary-eyed dream come true. I woke from my red-eye stupor to plane window-sized views of sandy beaches, coastal inlets and rows of vineyards atop rolling mountains. Later, as I taxied into Palermo, the dramatic landscape unfurled before me,  the capital city of the island juxtaposing urban dwellings against the Mediterranean Sea and western mountain ranges of Sicily, visible from the majority of downtown sidewalks.

Over the course of the last decade, Sicily’s viticulture has garnered international attention thanks to its quality production of native grapes using biodynamic and organic practices. However, unlike its Italian mainland counterparts (think Chianti from Tuscany or Prosecco from Veneto), because of smaller, often family-run operations and limited budgets, much of the wine doesn’t actually make it to the global market. Therefore, in order to experience a taste of Sicily’s best varieties, you have to take a trip to the source.

While Sicily’s native Nero D’Avola and Frappato (red wines) or Grillo and Cattaratto (white wines) are certainly bountiful and beloved by winemakers of the island, there’s an entire collection of local grape varieties that are worth discovering in the region — among them, Nerello Mascalese, Perricone and Nocera for reds and Grecanico Dorato, Damaschino and Carricante for whites.

In fact, the Sicilia DOC consortium was established in 2011 for the protection of these autochthonous grape varieties, making it the first organization in Sicilian history created to promote and preserve the reputation of Sicilian-made wines. But while Sicilia DOC comprises small and large wineries throughout the territory, on my trip I was west coast-bound. To the more avid traveler, it may seem like a sin to journey all that way and not experience Sicily’s more popular eastern coast, but I relished the opportunity to get off the beaten path and to explore Sicily’s other side.

As mentioned, I started in Palermo. And while it’s certainly no hidden gem — the city was once at the heart of the spice trade, and it remains heavily influenced by its original Lebanese settlers — it’s a good starting point, particularly when it comes to appreciating the island’s layered history. The Grand Hotel et Des Palmes — an elegantly revamped private residence from the 1800s — served as my home base, and from there I spent my mornings exploring revered landmarks like the oldest Parliament in Europe, Cathedral Palermo, Quattro Canti and Chiesa di Santa Caterina (the views from here are perfect for getting your bearings and seeing the city’s growth from east to west, firsthand). In the afternoons, I meandered through the open markets, like Mercato del Capo or Mercato del Ballarò, perused the many ceramic studios for a “pigne” (a good luck charm in the form of a pine cone) and explored Galleria Popolare (Via del IV Aprile) in a piece of local artwork. Then, after surpassing my step count, I’d plop myself in a piazza (any will do but one with live music is even better) and ordered an Aperol Spritz — partaking in aperitif culture is the perfect way to embrace the region’s ‘life first’ mentality, after all.

Once I’d fully adjusted to this slower pace of life, it was time to slow down even more. I’d sampled a few of Sicily’s proudest varieties over an introduction to their regional cuisine — which is a pescatarian’s dream,with emphasis on fresh vegetables (eggplant and tomatoes in particular) local seafood, pasta and bread — it was time to visit the vineyards to see what exactly makes them so special.

The countryside of Menfi presented an intangible but impressionable earthy, smoky aroma. I checked into Hotel Il Vigneto and pedaled one of their bikes through the olive groves and into the vineyards, along a winding country road that ended at Porto Palo, a sleepy beach village that emulated Siciliy’s varied landscape perfectly. I opened a bottle of Grillo and splashed in the waves, the fresh salinity of the wine matched that of the ocean.

The bottle was from TerreGarcia, but effortlessly embodied what the variety is all about. Sure, Grillo is a splendid pairing to cut the fried chickpea fritter known as Pantelle, a classic Sicilian street food, but it is just as enjoyable on its own — an easy drinking wine under the Mediterranean sun. Tenute Orestiadi Gibellina Grillo, Laluci 2020 Baglio del Cristo di Campobello, Stemmari and Altavilla della Corte 2020 Firriato were among other memorable examples of solus Grillo sipped.

It was also on my excursions to the wineries that I experienced more of Sicily’s other star grapes and how they bring traditional cuisine to life. Like an immaculate pairing of Sicilian pesto alla Trapanese with the bursting dark cherry and lingering earth of Funaro’s Nero D’Avola (I also tasted their Pinzeri (Grillo) and Pile della Cialua (Syrah and Nero D’Avola). The family-owned and operated Di Giovanna Winery in Salaparuta was worth the winding, uphill drive to sample their biodynamic Nero d’Avola (Vurria and Helios) alongside their proprietary olive oil, fresh cheese and grilled stack of sliced eggplant stuffed with spoonfuls of al dente spaghetti. A sampling of Cusumano winery’s portfolio in the midst of their Giardinello courtyard led by their winemaker — otherwise known as the “James Bond of Sicily” — showcased their popular most pours: Tenuta Ficuzza, Piana degli Albanesi Angimbe 2020 (70 percent of indigenous Sicily variety, Insolia and 30 percent Chardonnay) and Tenuta San Giacomo, Butera Nero D’Avola 2020, which are quickly gaining international attention.

While I wish I could have savored more wines, contrary to the sentiment embroidered on your mother’s favorite tea towel (“There’s always time for wine”), there’s never enough time for wine…at least when you’re in Sicily. 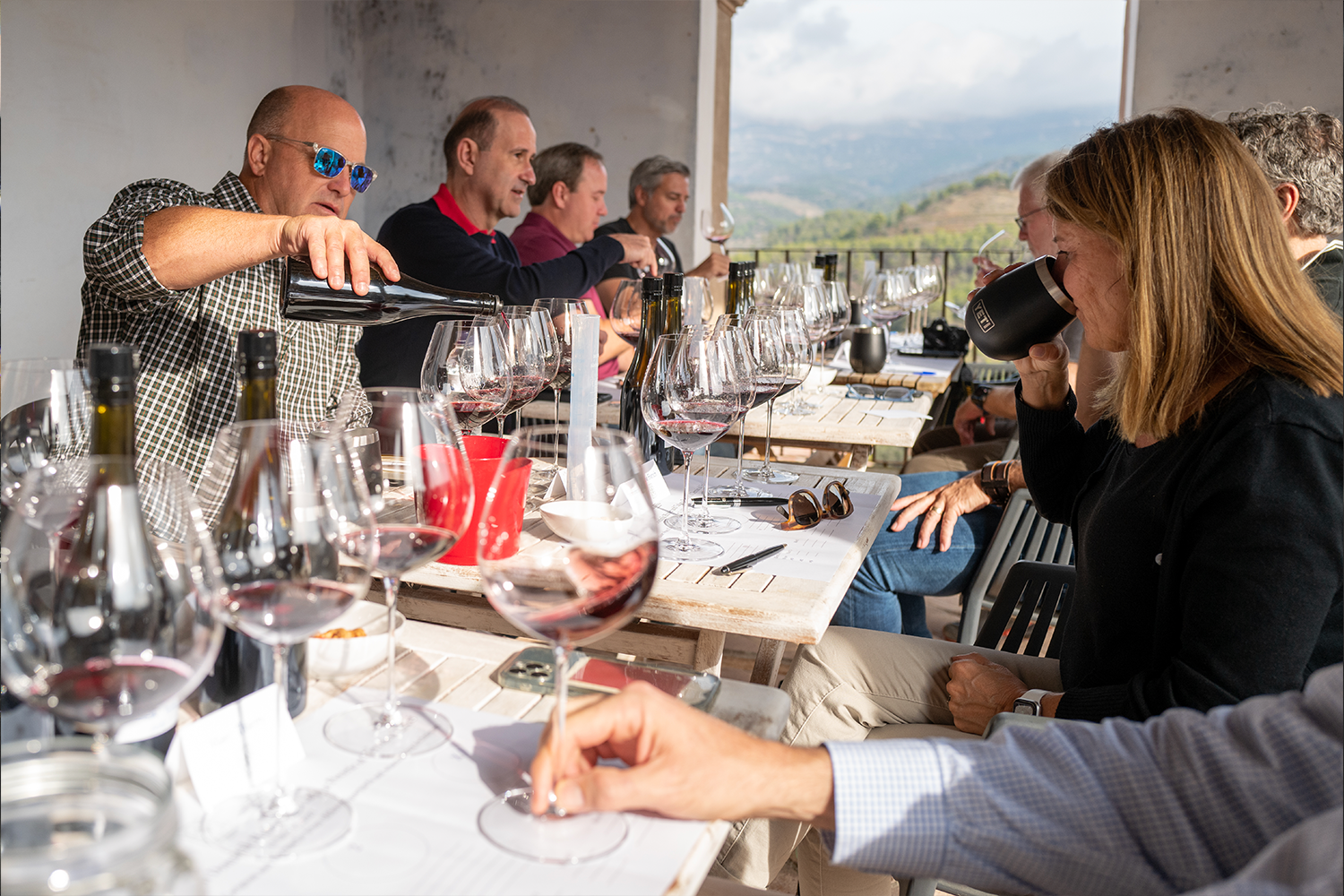 The Vines Is a Global Adventure Club With One Goal: The Perfect Bottle of Wine 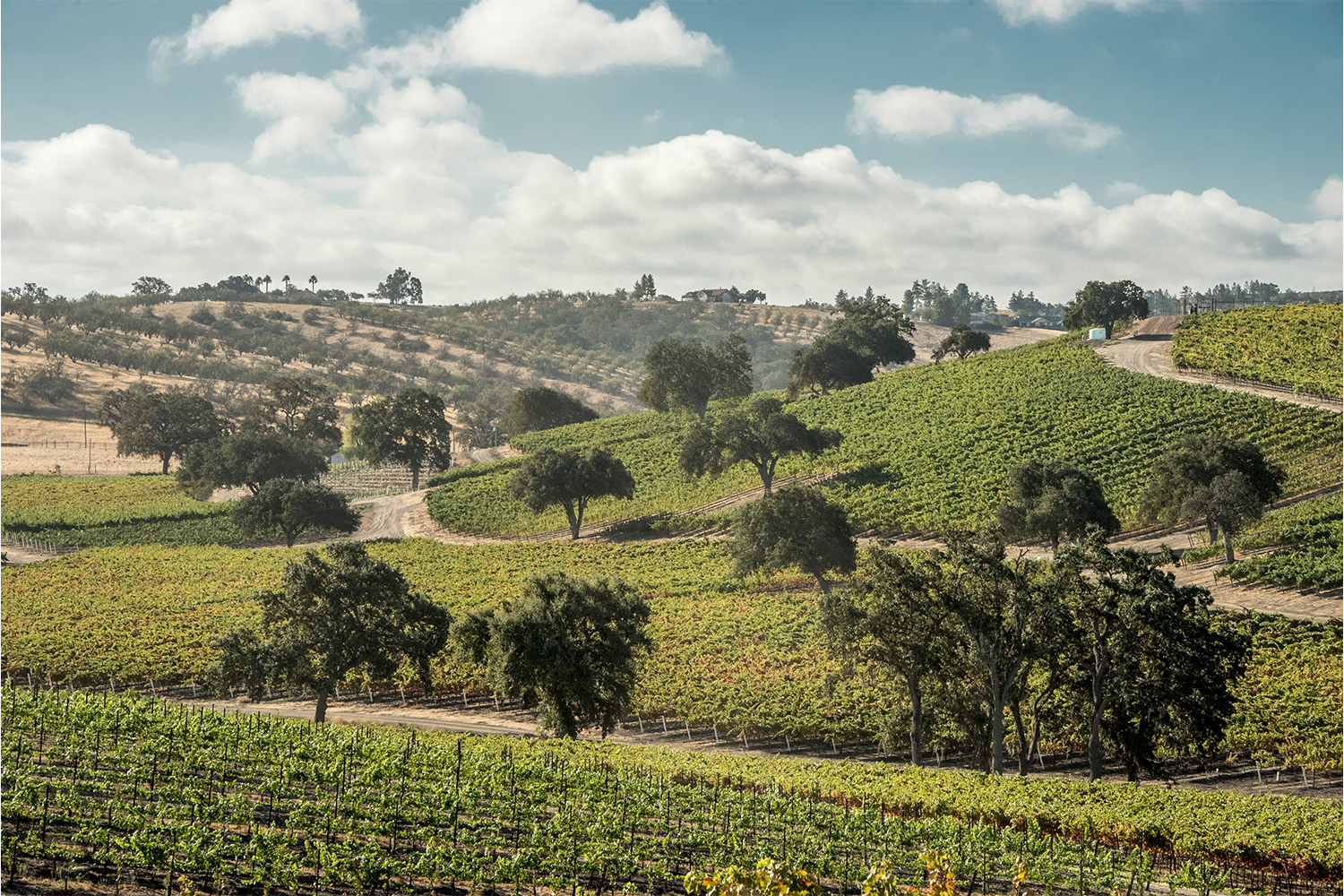 Go to Paso Robles for the Wine, But Don’t Miss Its Other Charms 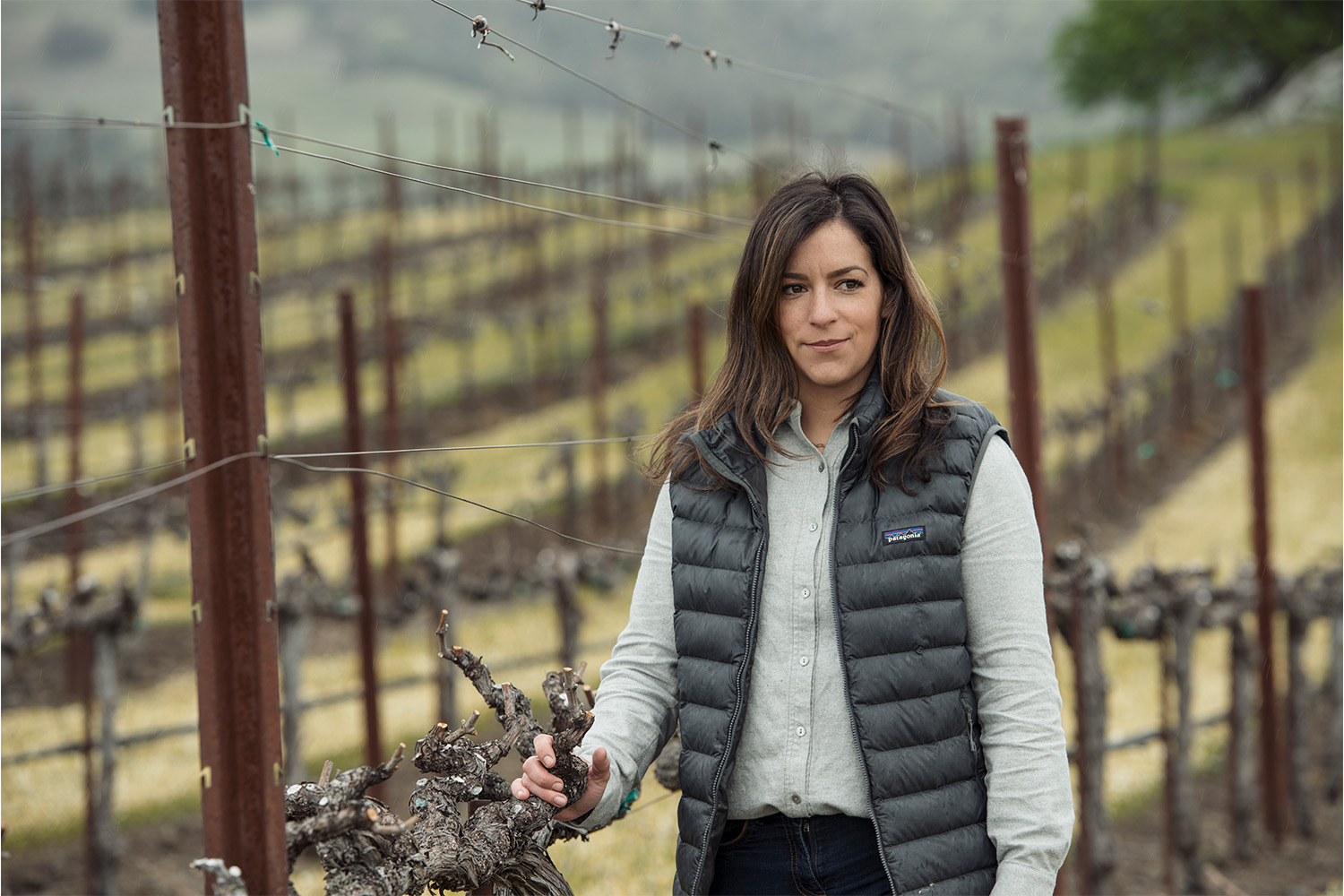 Meet the Sonoma Winemaker Who Has One Foot in Bordeaux